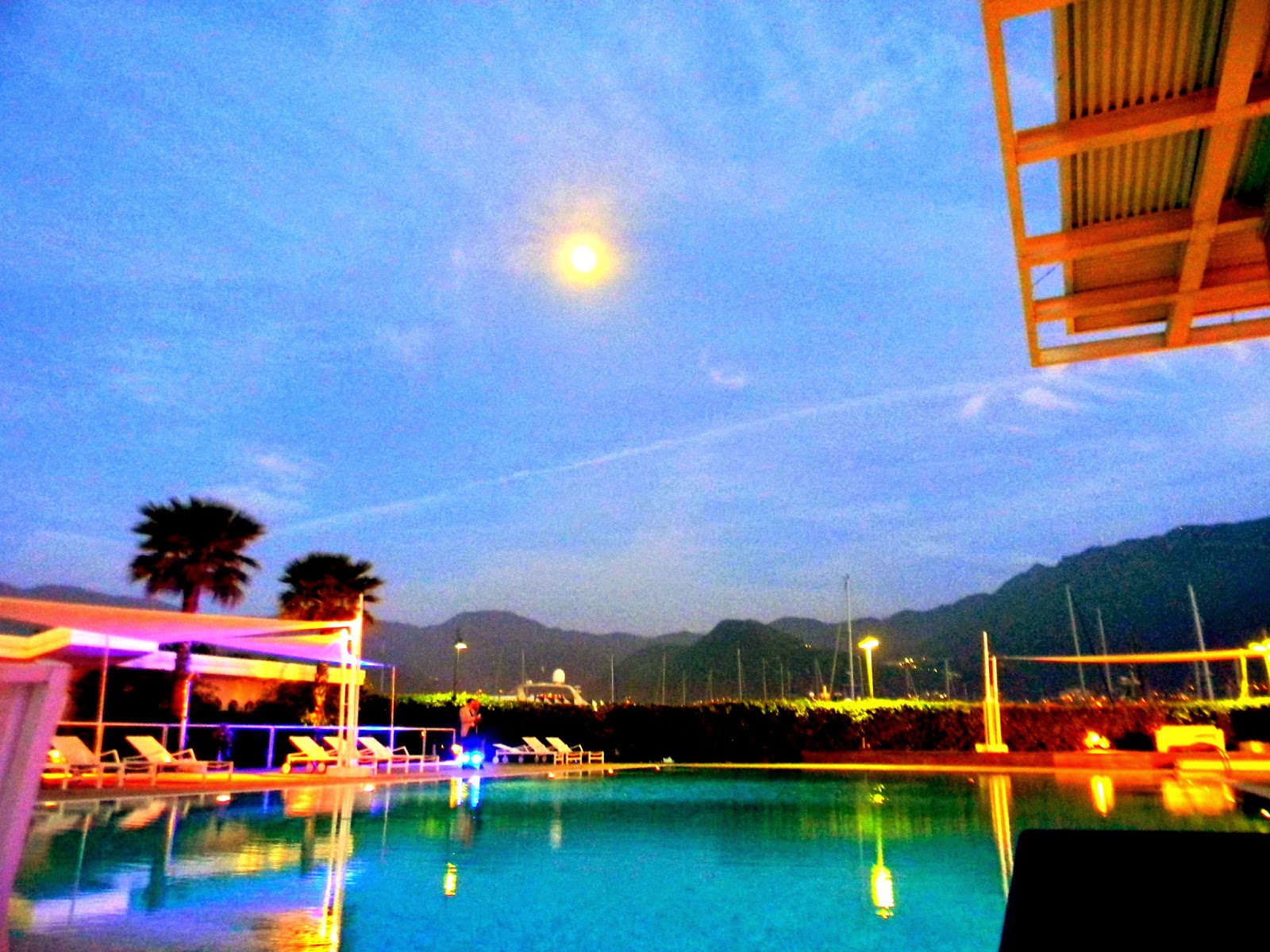 At times, the opportunities to taste some of the region's top cuisine can be overwhelming.  I've written often in the past about special dinners where chefs get together to cook.  Recently, however, there was one that stood out on my Campania calendar.

A fundraising event at Yacht Club Marina del Stabia (Na) with two not to miss chefs; Giuseppe Guida and Antonino Cannavacciuolo.  An event to raise funds for a young man in neighboring Vico Equense, who due to his disability, has great difficulty reaching his home due its location.  Money raised would help build a much needed elevator.

Let's begin with Guida, a Michelin star chef, who spends the major part of the year at his restaurant Antica Osteria Nonna Rosa in Vico Equense and his summers at the Yacht Club.  Guida, though has been cooking for decades, has become Campania's chef of the moment thanks to his savory dishes based on simple, seasonal local ingredients.


He shared the stage with Chef Antonino Cannavacciuolo.  A 2 star Michelin chef, Vico Equense native, but whose restaurant Villa Crespi is located in the 4 star hotel of the same name located on Lake Maggiore.  He is also known to many as the star of Italy's version of Kitchen Nightmares which is now in it's second season.


After an enjoyable jam session of  live R & B music  by an amazing band paired with spumante and appetizers poolside, we headed indoors. 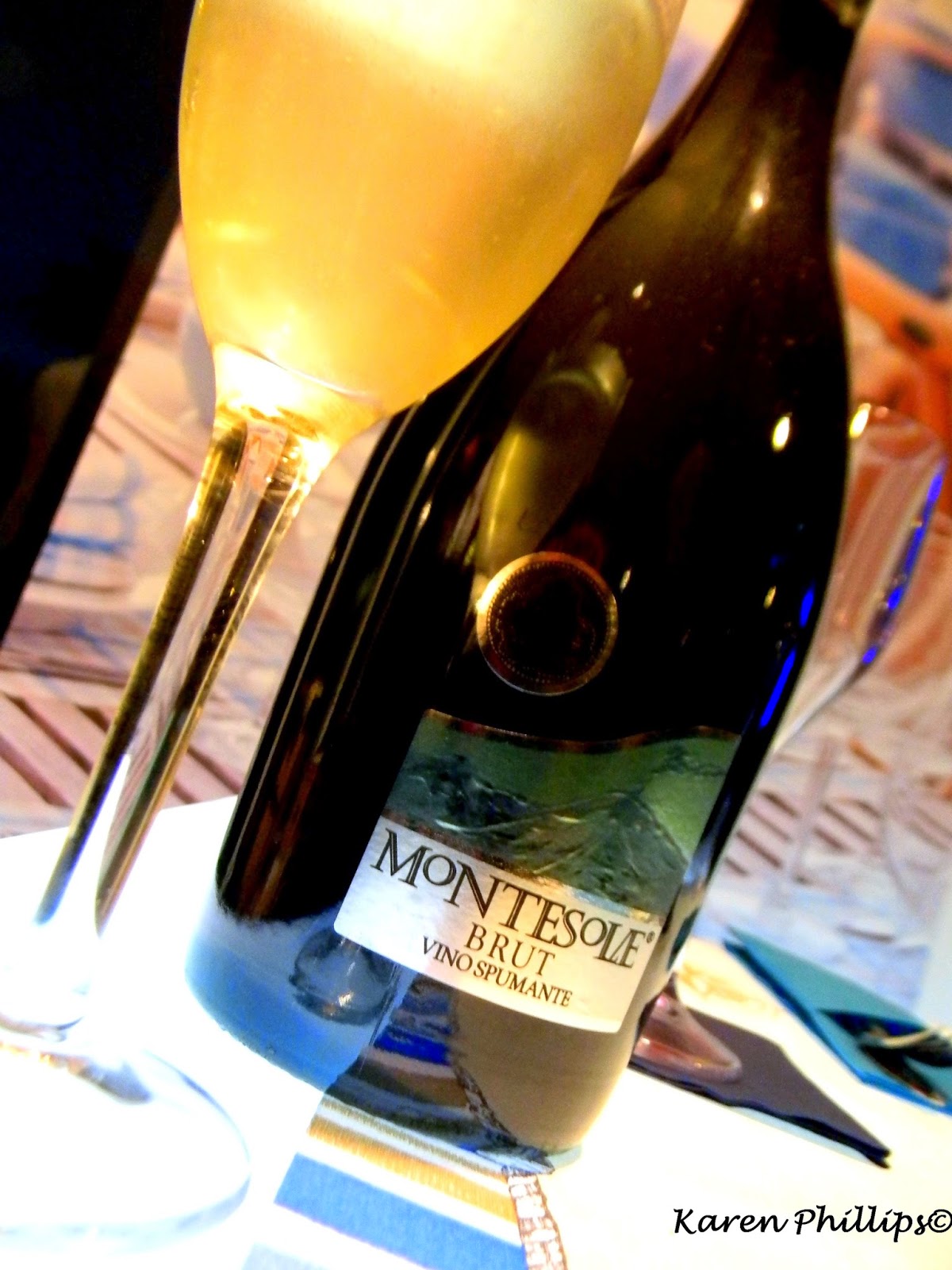 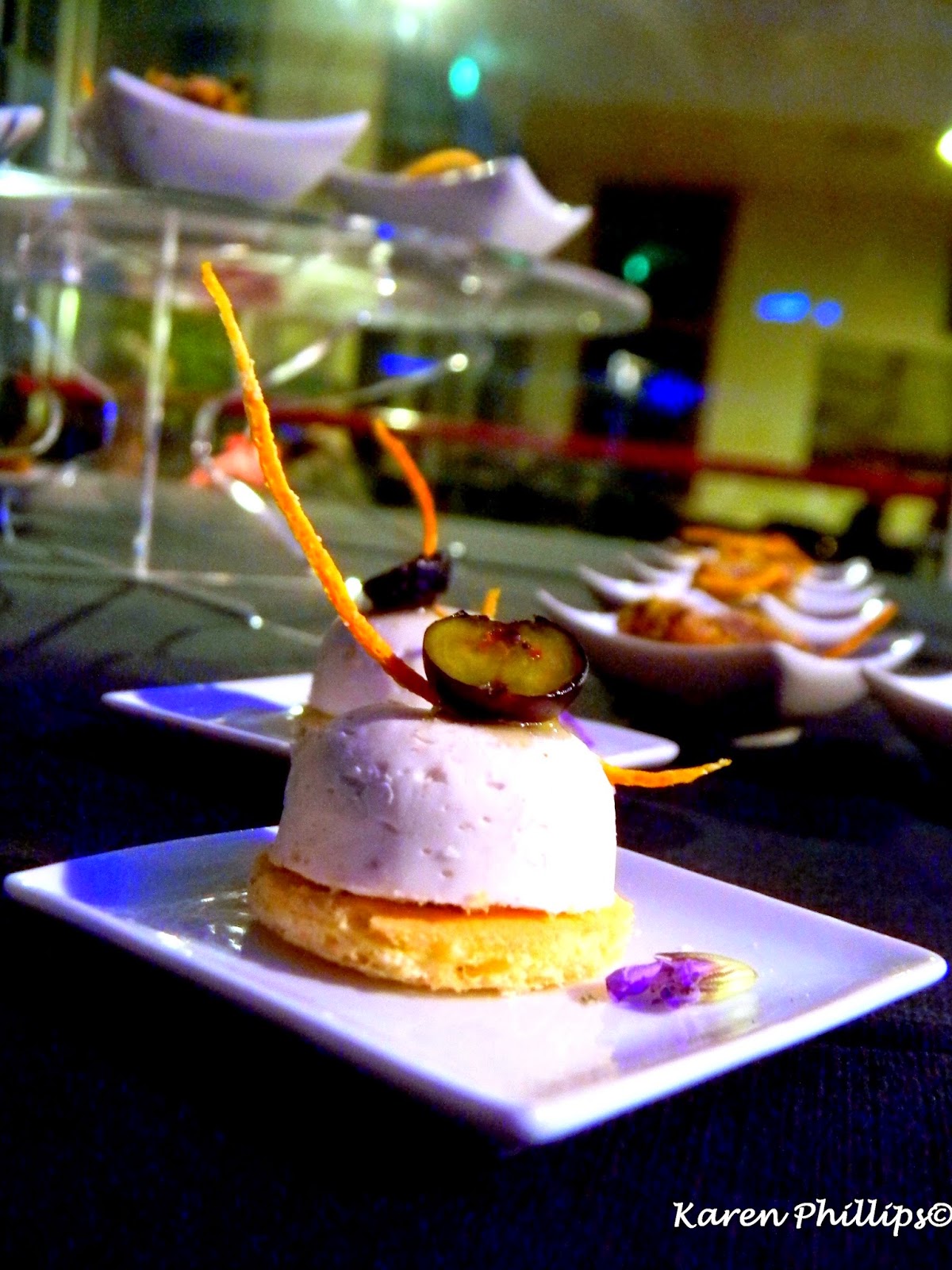 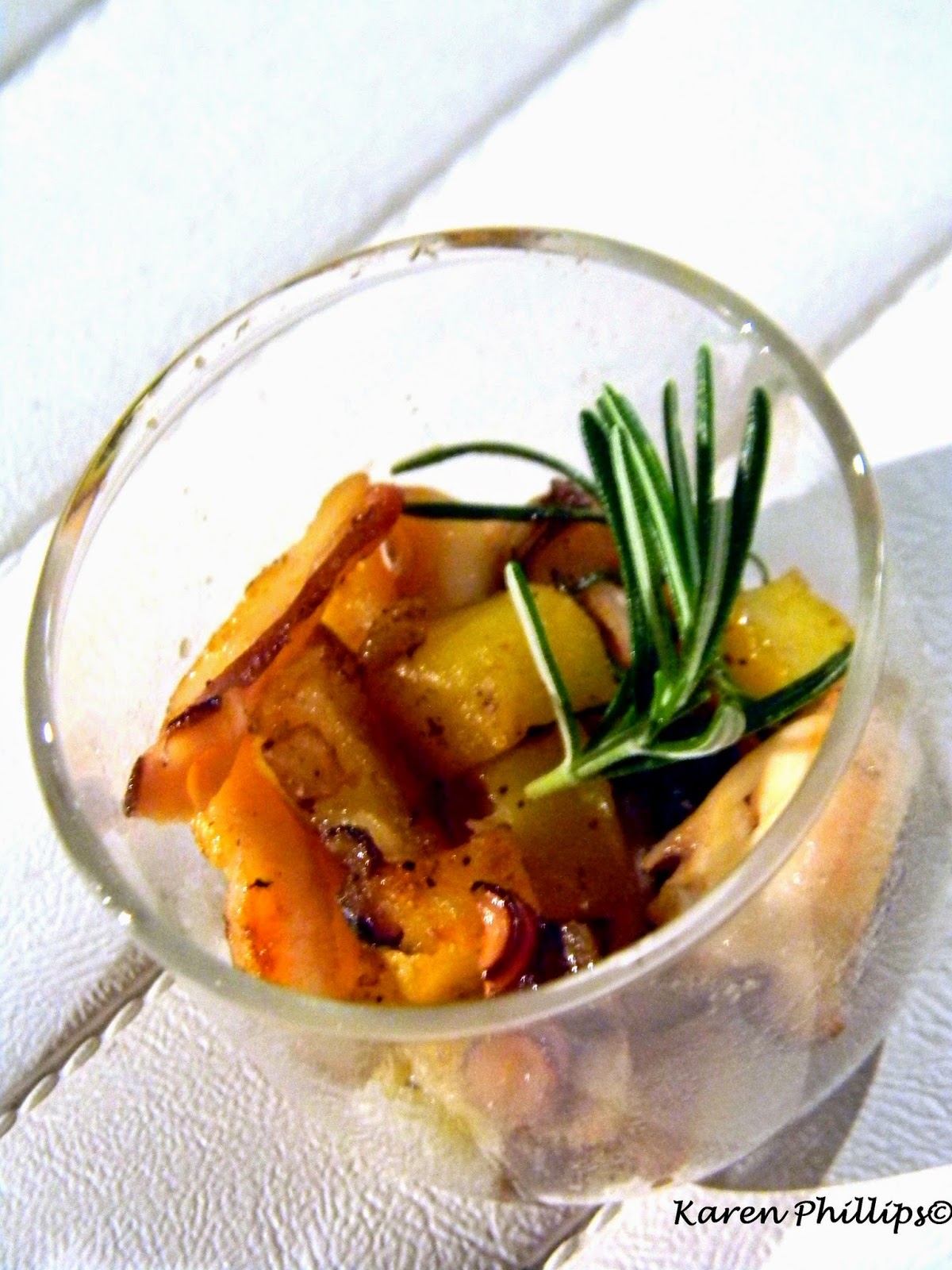 I went straight to the kitchen to see what was going on.  A peaceful exciting energy.  A pleasant surprise was when I turned the corner and saw Chef Cristoforo Trapani, chef of Piazzetta Milu' and recently voted  Chef Emergente SUD.

After a few minutes absorbing the serene scene of professionals pulling together, I headed to my table.

Right away we were served....Cuttle fish with peas and savory torrone. 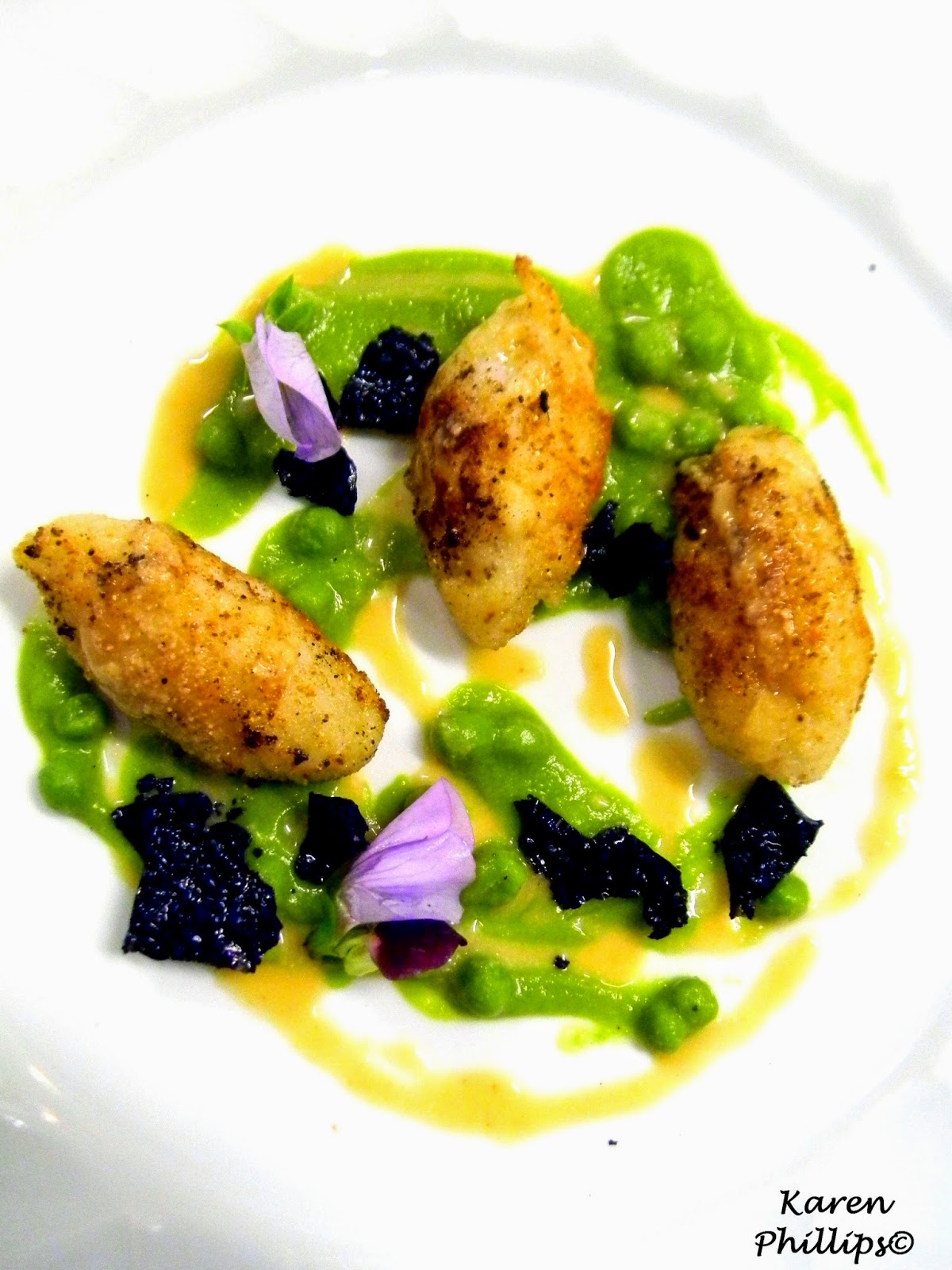 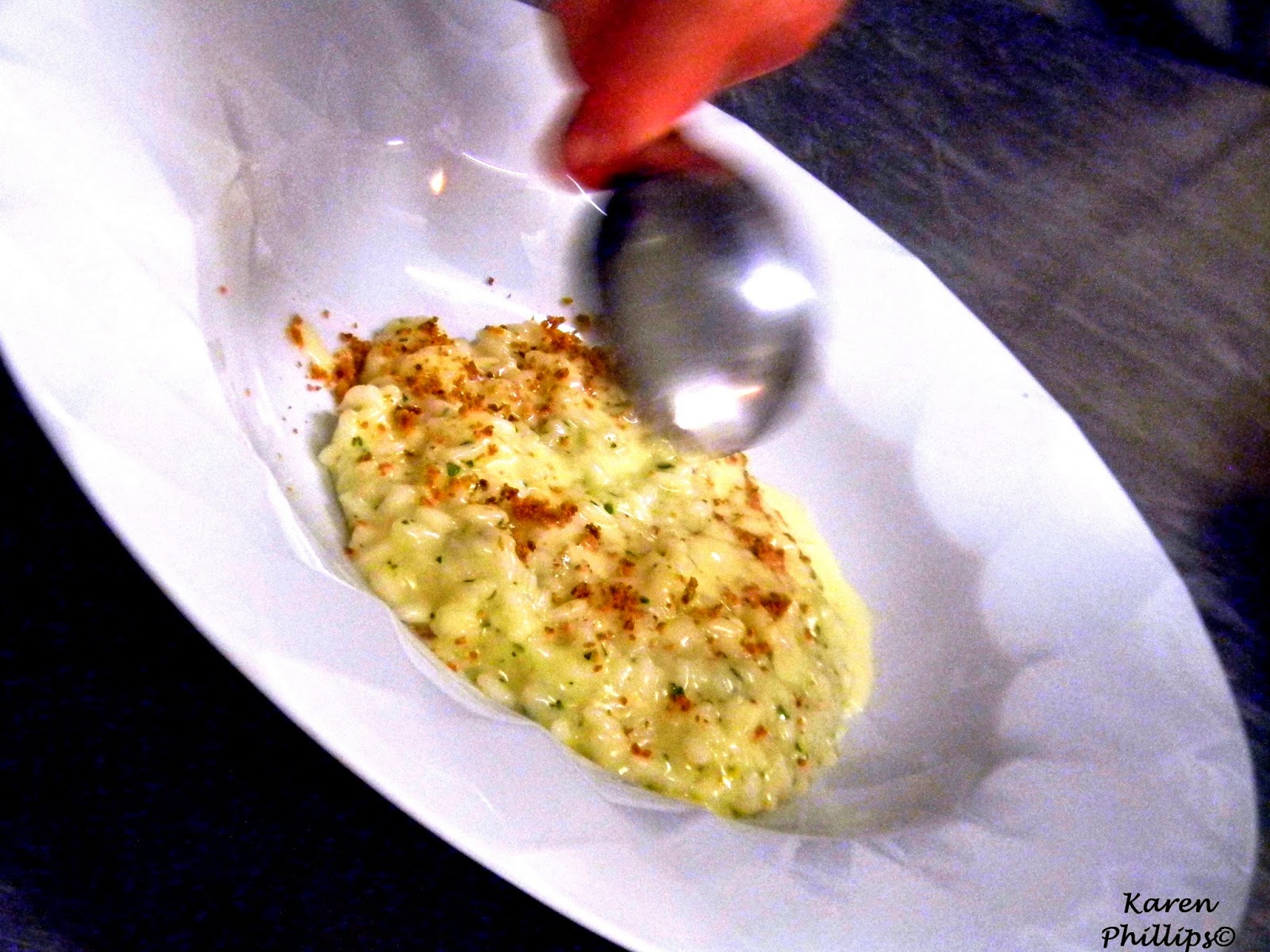 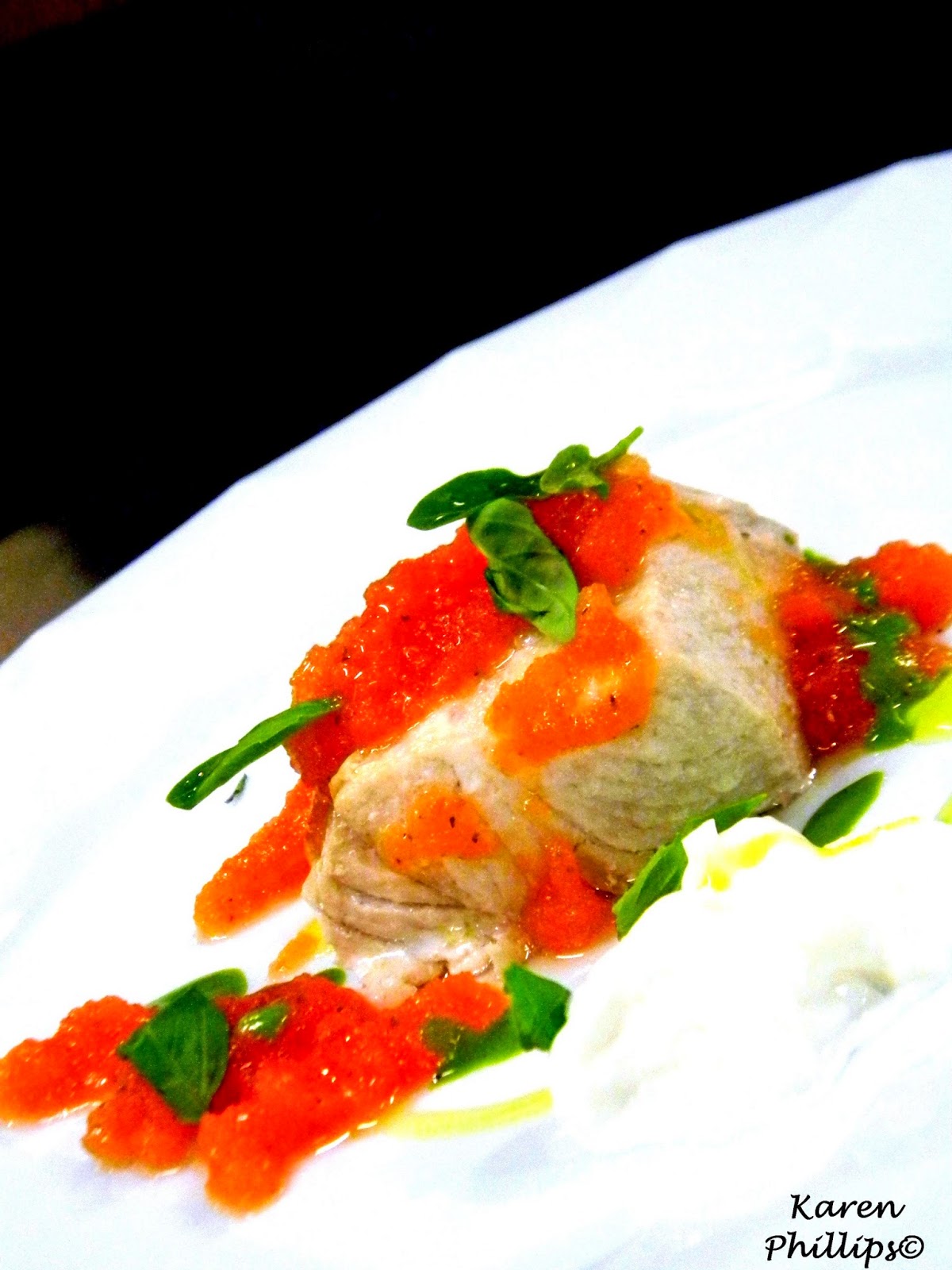 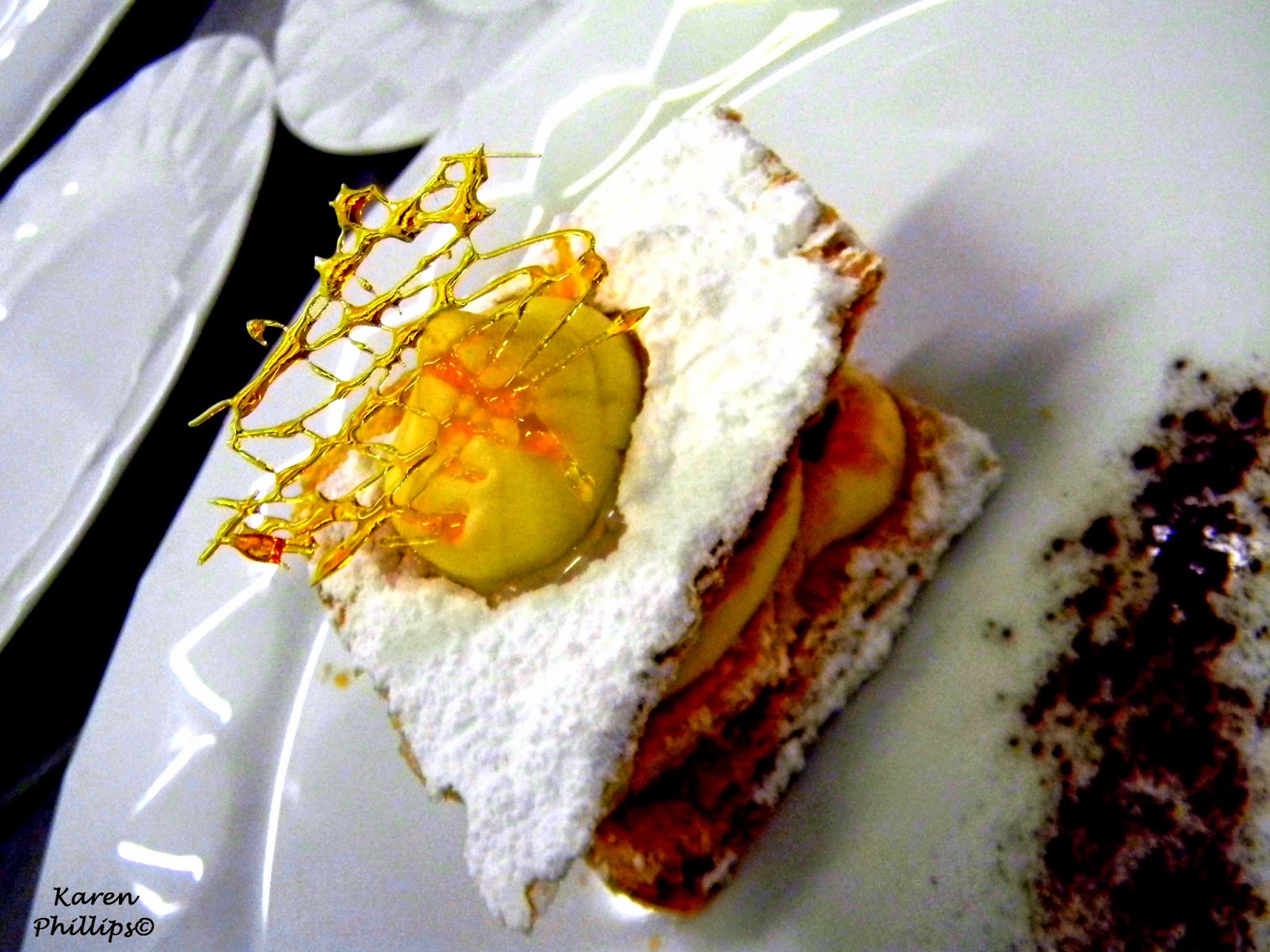 Posted by Karen Phillips at 7:35 PM No comments:

Snapshot of a Territory - Mastroberardino Winery and Relais Blu, June 25 2014 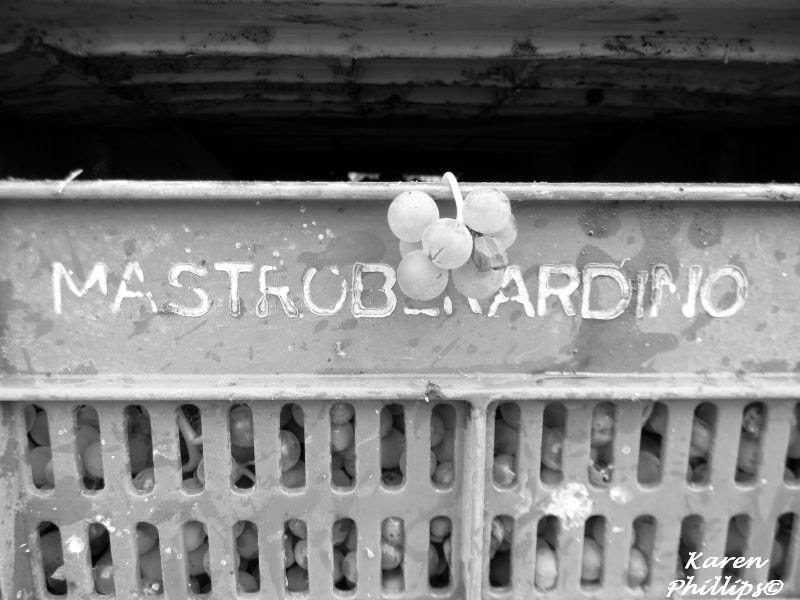 After 4 years of Vineyard Hopping with Mastroberardino Winery the time seems right to put together some of my photos for an exhibit.  An exhibit where the white wines of Irpinia meet the Sorrento Peninsula. The photos will be on  display during a wine tasting dinner with Piero Mastroberardino and Chef Roberto Alloca at Relais Blu on the 25th of June beginning at 7:30 pm.

Here's the menu:
A selection of aperitifs: Morabianca Falanghina 2013

Bundles of pasta stuffed with redfish with a ragout of peppers and basil: Vintage  Fiano di Avellino 2008 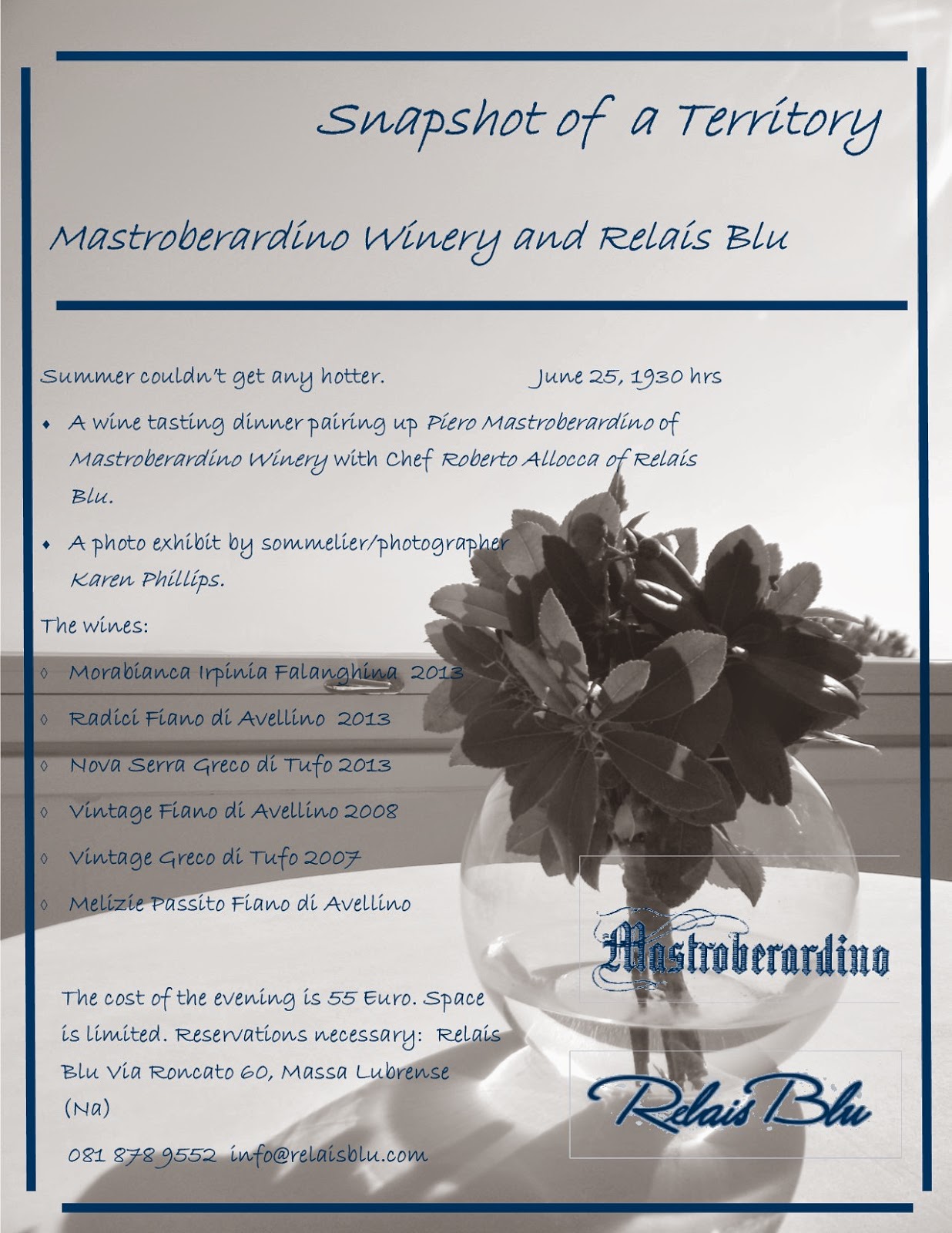 Posted by Karen Phillips at 6:29 PM No comments: