Serendipity - Comfort Food in the Cuore of a Cantina, Fattoria Alois (Ce) 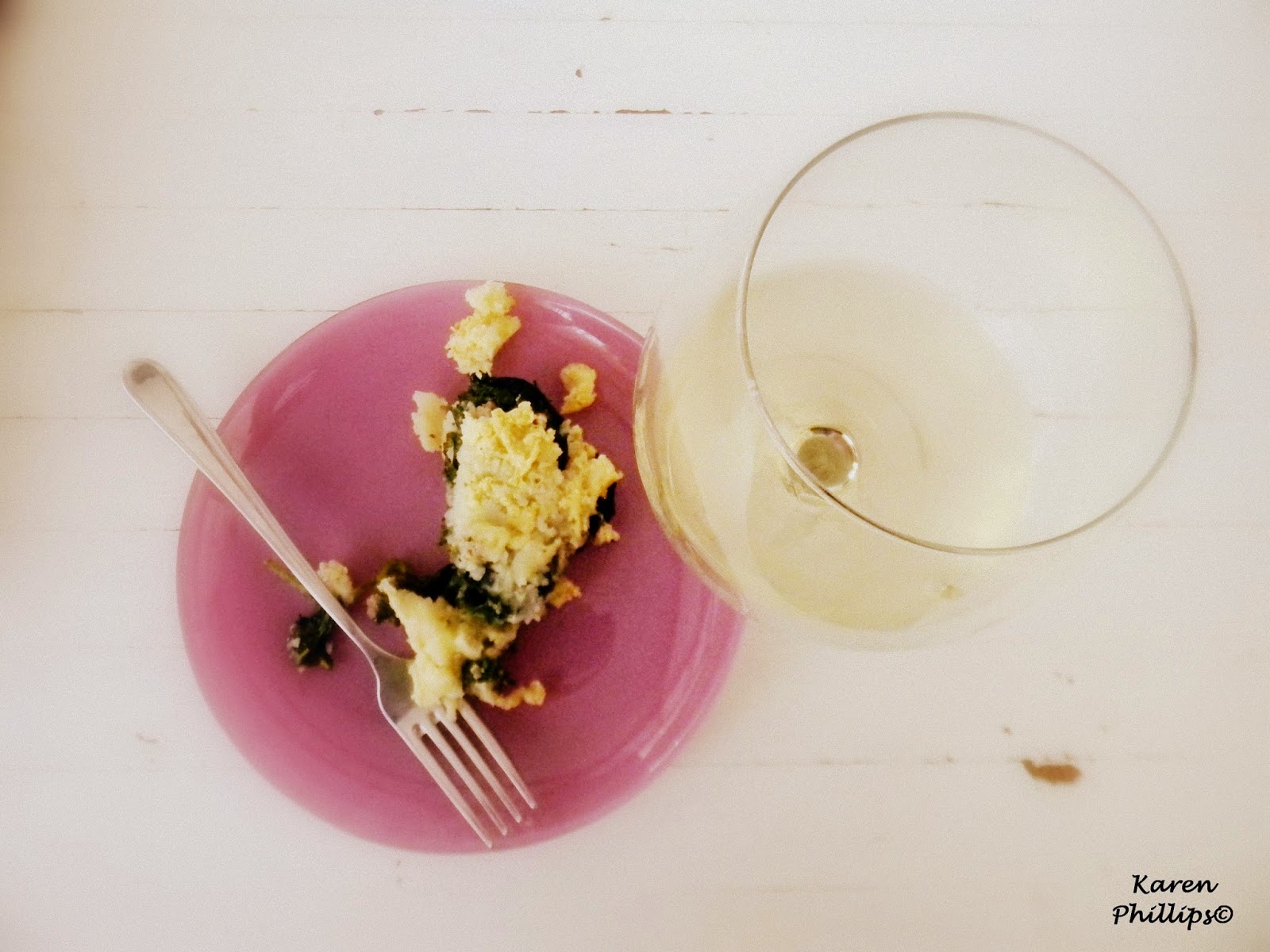 After a full morning's winter pruning lesson at Fattoria Alois in Pontelatone (Ce) it was time for a glass or six of wine and something to eat.
And there was plenty to eat like this dish prepared by Talita De Rosa. Total comfort food starring potatoes, sausage, and broccoli greens. First De Rosa boils peeled potatoes, then drains the water and waits for them to cool down.  Once cool, she mashes them and mixes them up with  a bit of salt and pepper. Then she places the potatoes in the refrigerator overnight.  The next day, she sautes broccoli greens with extra-virgin olive oil and garlic in a pan.  She does the same with sausage. Afterwards, she mixes the cooked sausage with the greens.
In a baking pan (previously greased with extra-virgin olive oil) she alternates three layers of comfort- f potato mixture,  sausage/green mixture, potato mixture.  It all goes into a preheated 180 degree Celsius oven for 30 minutes.

We paired it with a fresh, young Caulino  Falanghina 2013.
Can you think of anything more comfortable? 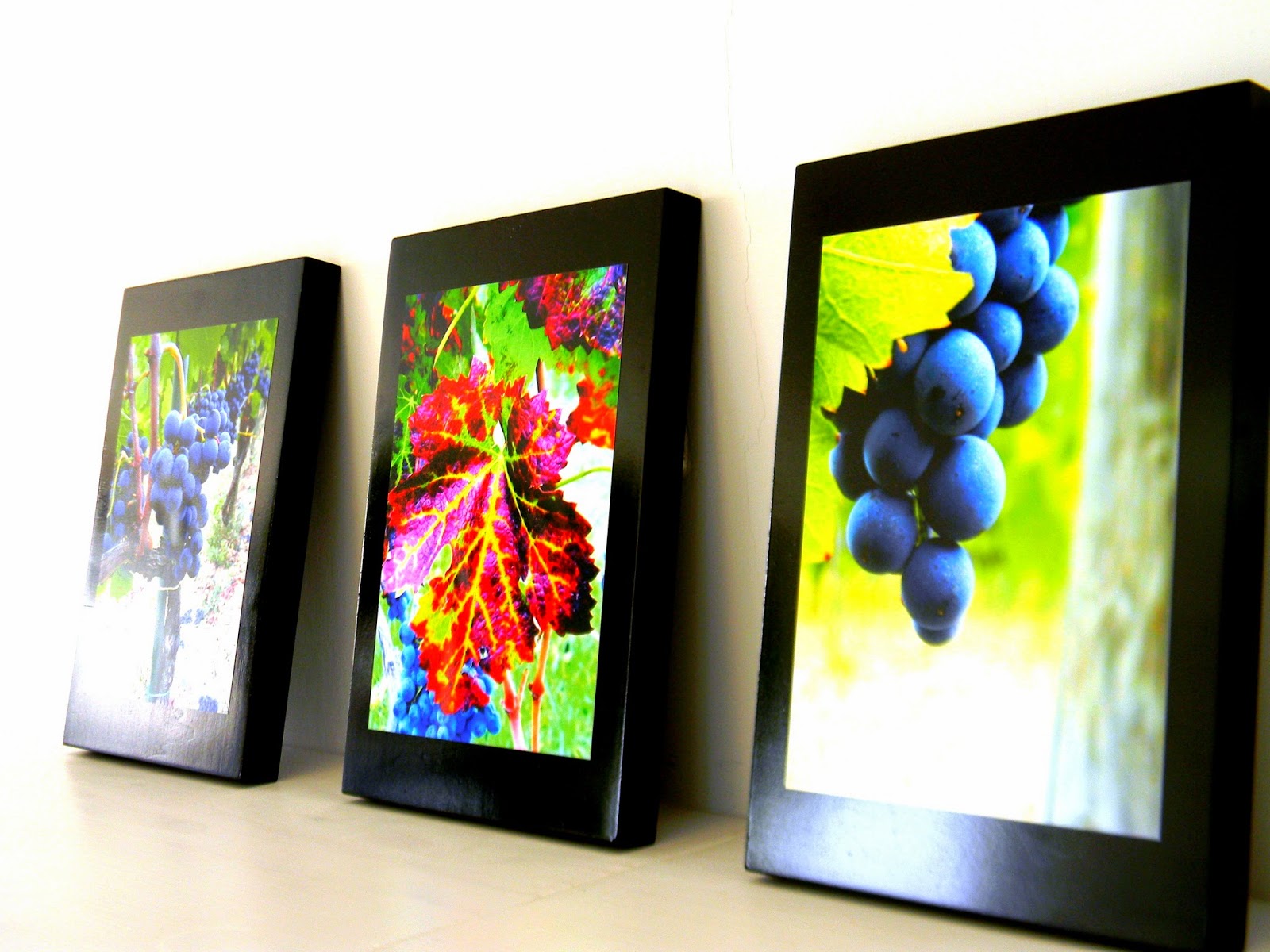 January has always been a month for many to not only think of new resolutions for the upcoming year, but to look back on the last 12 months.
I decided to do both - beginning with a look back on some awesome memories from 2014. Where do I begin?  There was quite a bit going on...
Like my Snapshot series which is basically a fusion of my photography, wine tastings, and dinners.  In 2014, I managed to put together 4 different photo exhibits throughout Campania.
Here's a look back:


January 2014 -  Snapshot of a Territory with Cantina Di Meo and Chef Gianluca D'Agostino at Veritas Restaurant. 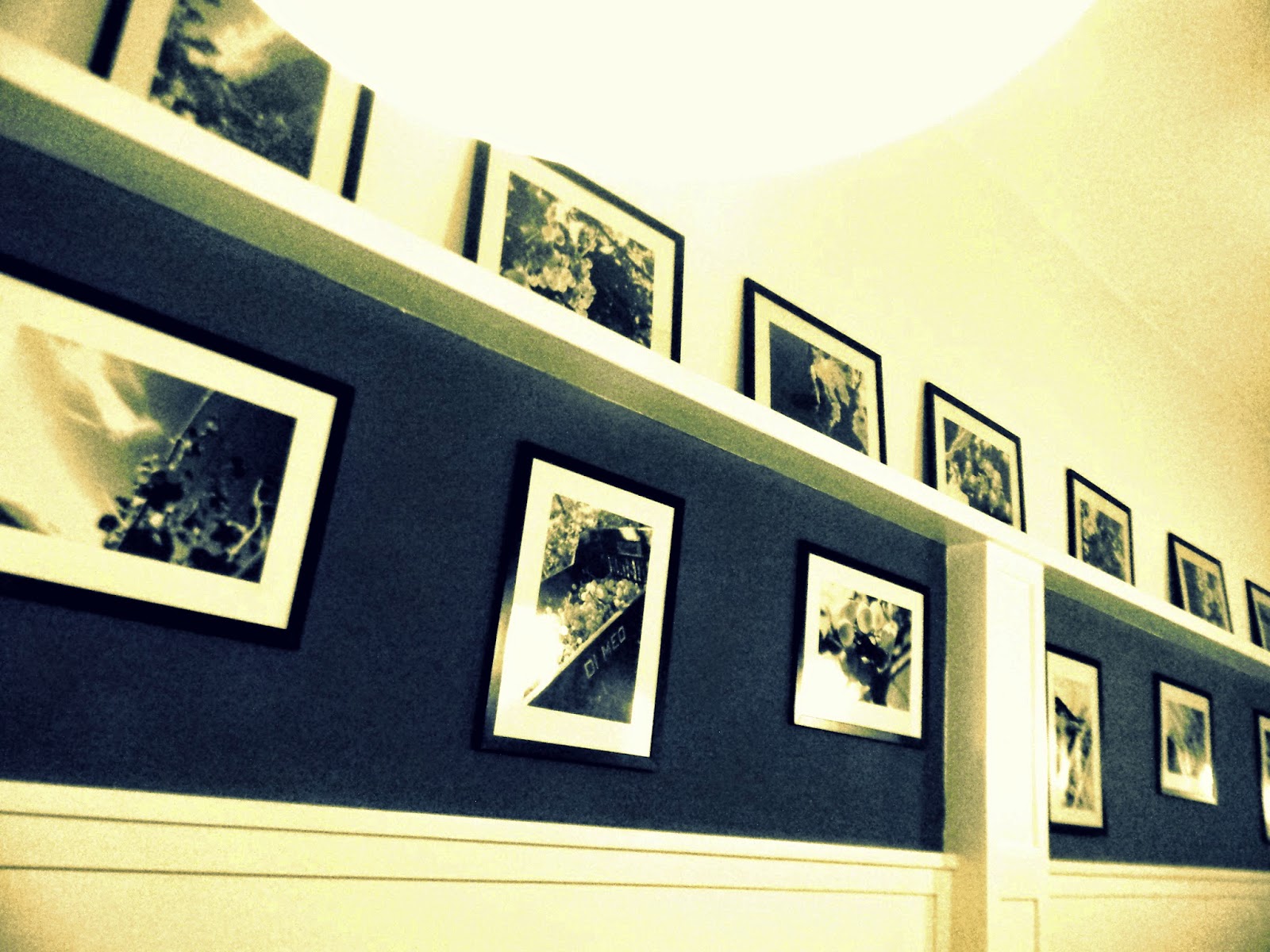 My first snapshot of the year focused on Fiano di Avellino.  The photos from this exhibit focused on two memorable visits with winemaker Roberto di Meo during the 2013 harvest period in Salza Irpina (Av).  I thought it would be pretty neat to team up his wines with Chef D'Agostino's menu.  A chef who though lives in Naples, has strong ties with Irpinia.  Memorable moments? The chef's squid with creamy cauliflower and the 'world premiere' of Di Meo's Selezione Erminia Di Meo Fiano di Avellino DOC 2000. 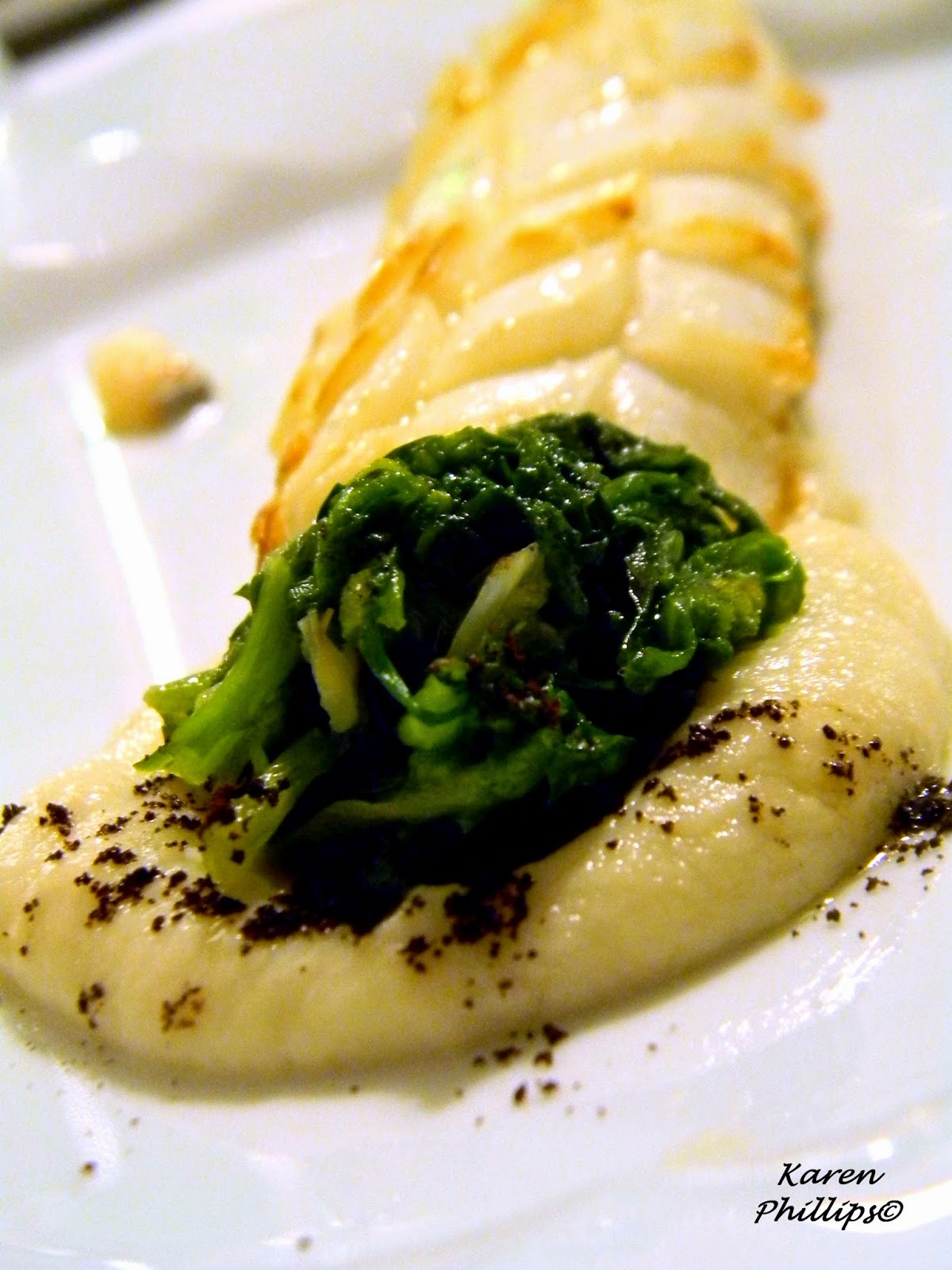 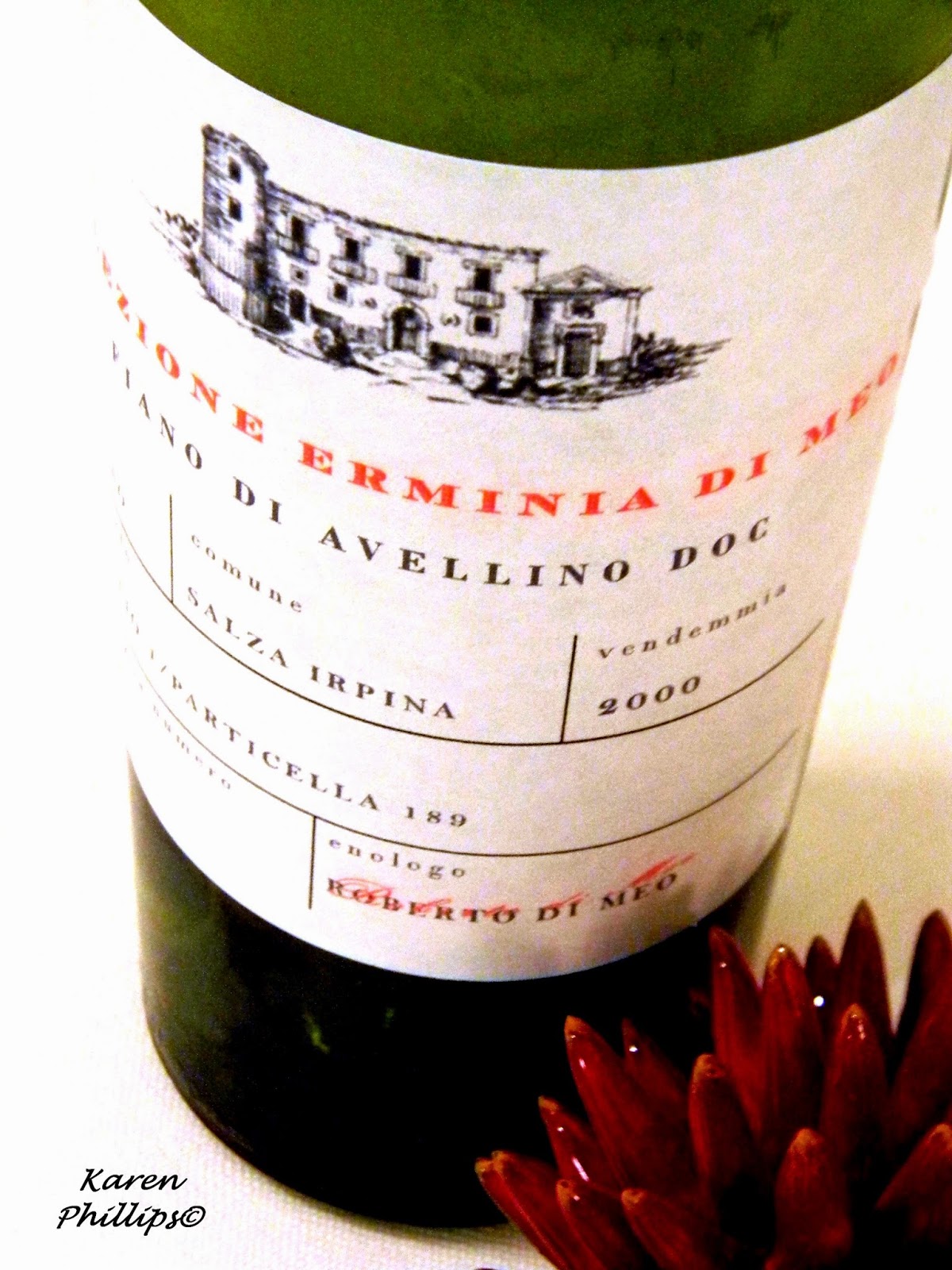 June 2014 - Snapshot of a Territory with Mastroberardino Winery and Chef Roberta Alloca at Relais Blu. 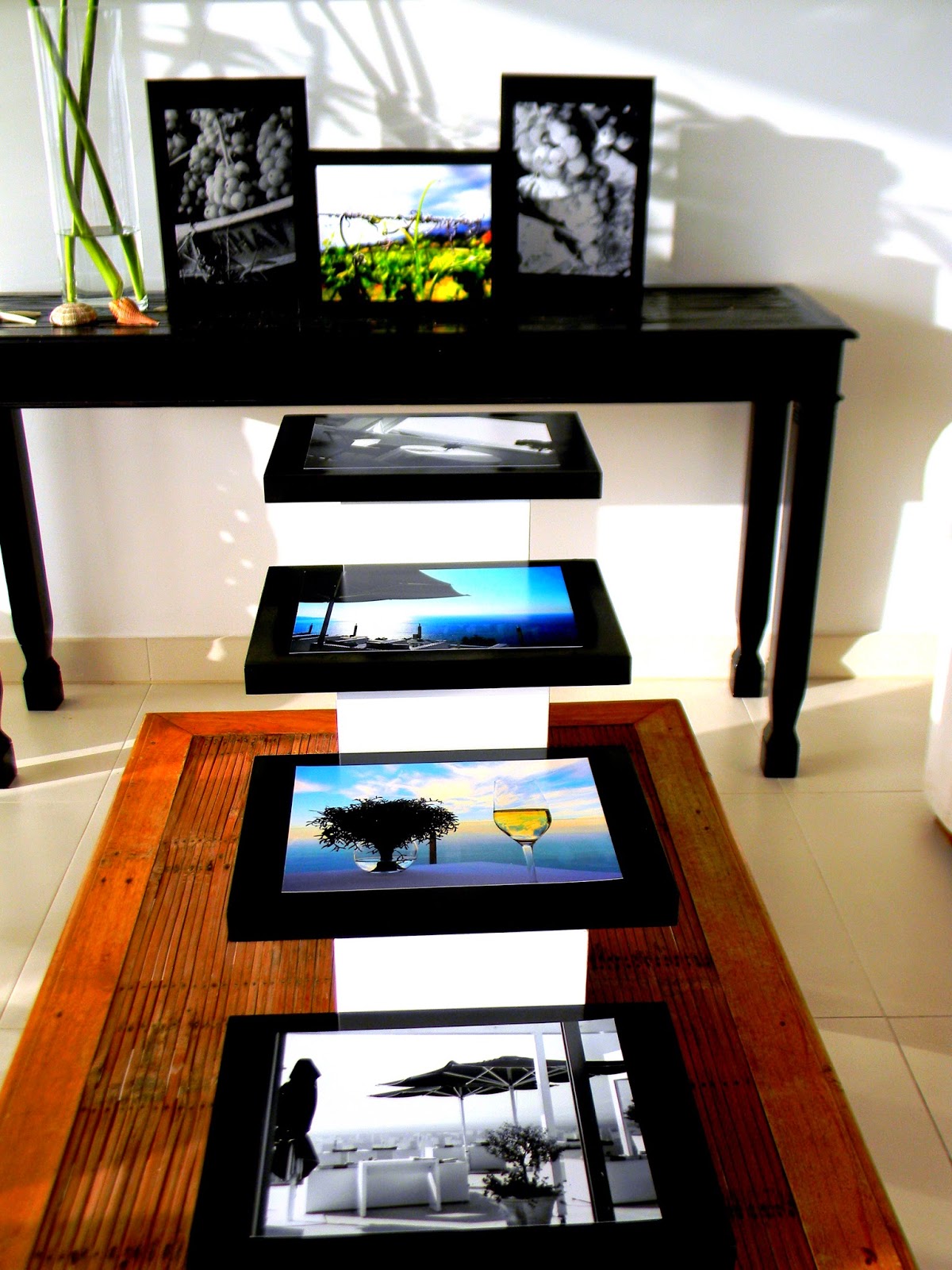 My next snapshot was a look back at nearly 4 years of vineyard hopping.  I pulled together photos of my visit to the various Fiano, Falanghina  and Greco vineyards belonging to the Mastrobeardino Winery.  I thought it would be neat to taste their wines alongside Piero Mastrobeardino at Relais Blu - a restaurant with one of the most spectacular sunsets in Campania.  I also knew that Chef Roberto Allocca dishes would match up perfectly.  Memorable moments? A glass of Morabianca Falanghina 2013 alongside amazing appetizers. Seeing my photos displayed throughout Relais Blu wasn't so shabby, either. :-) 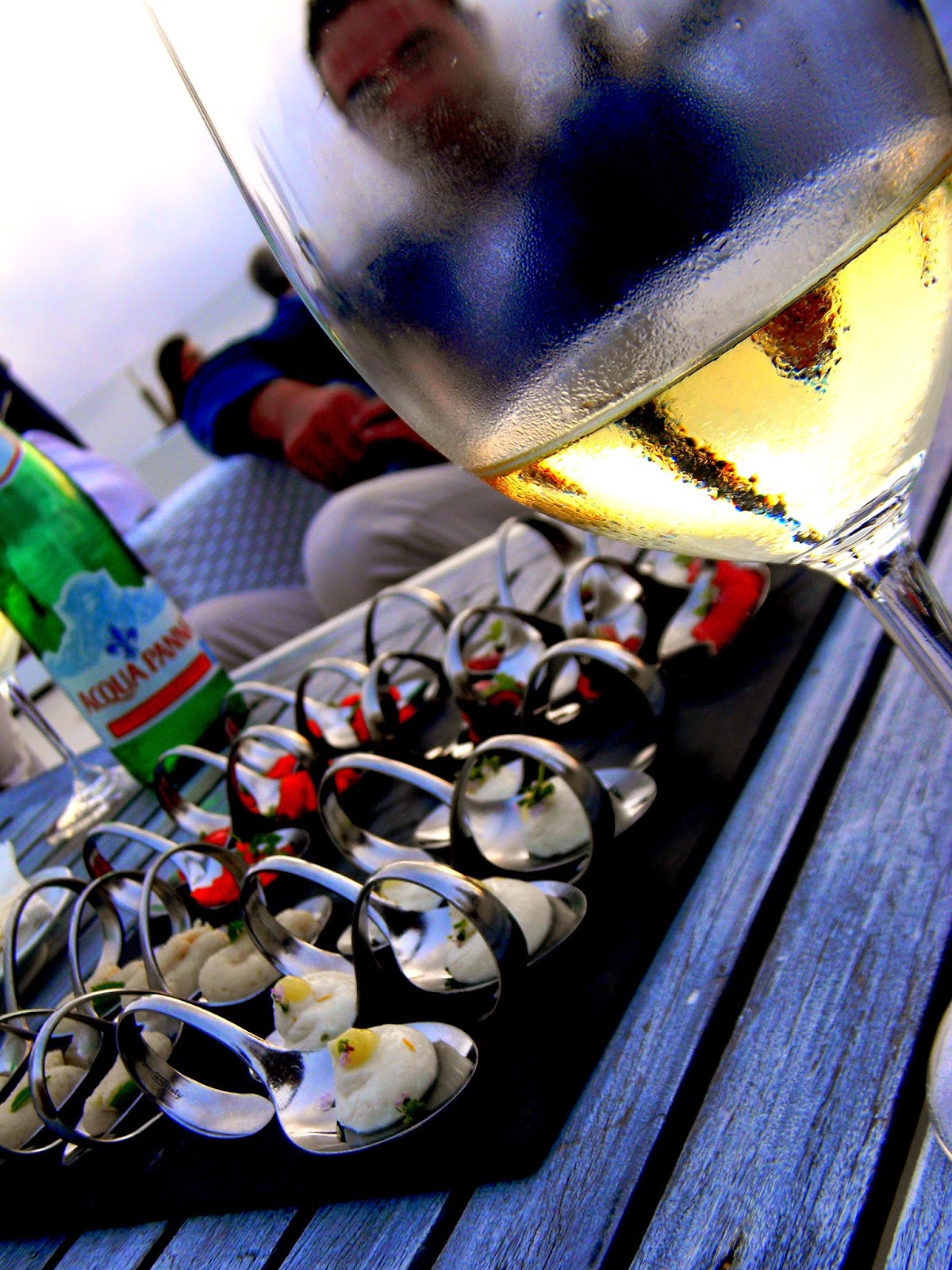 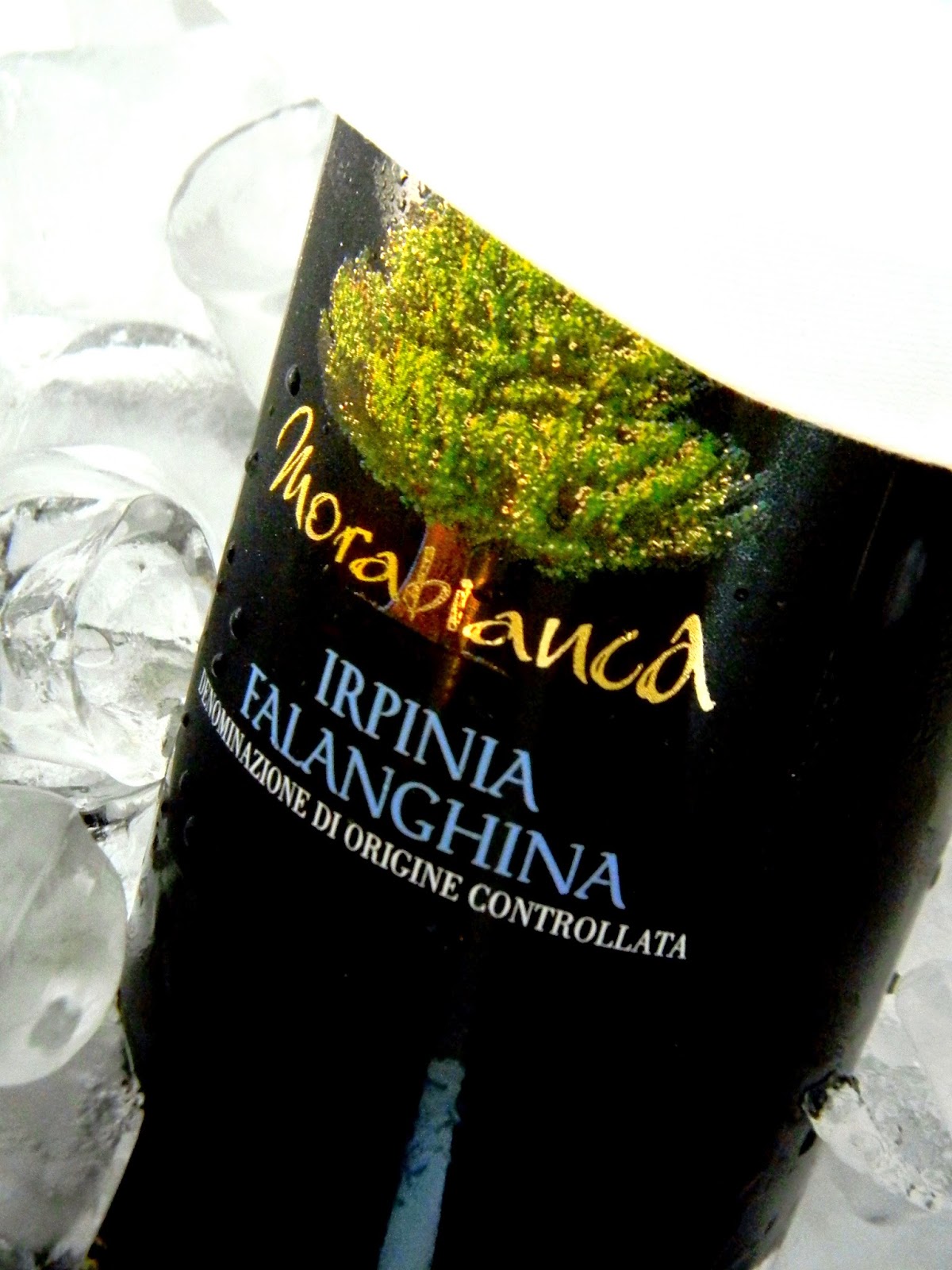 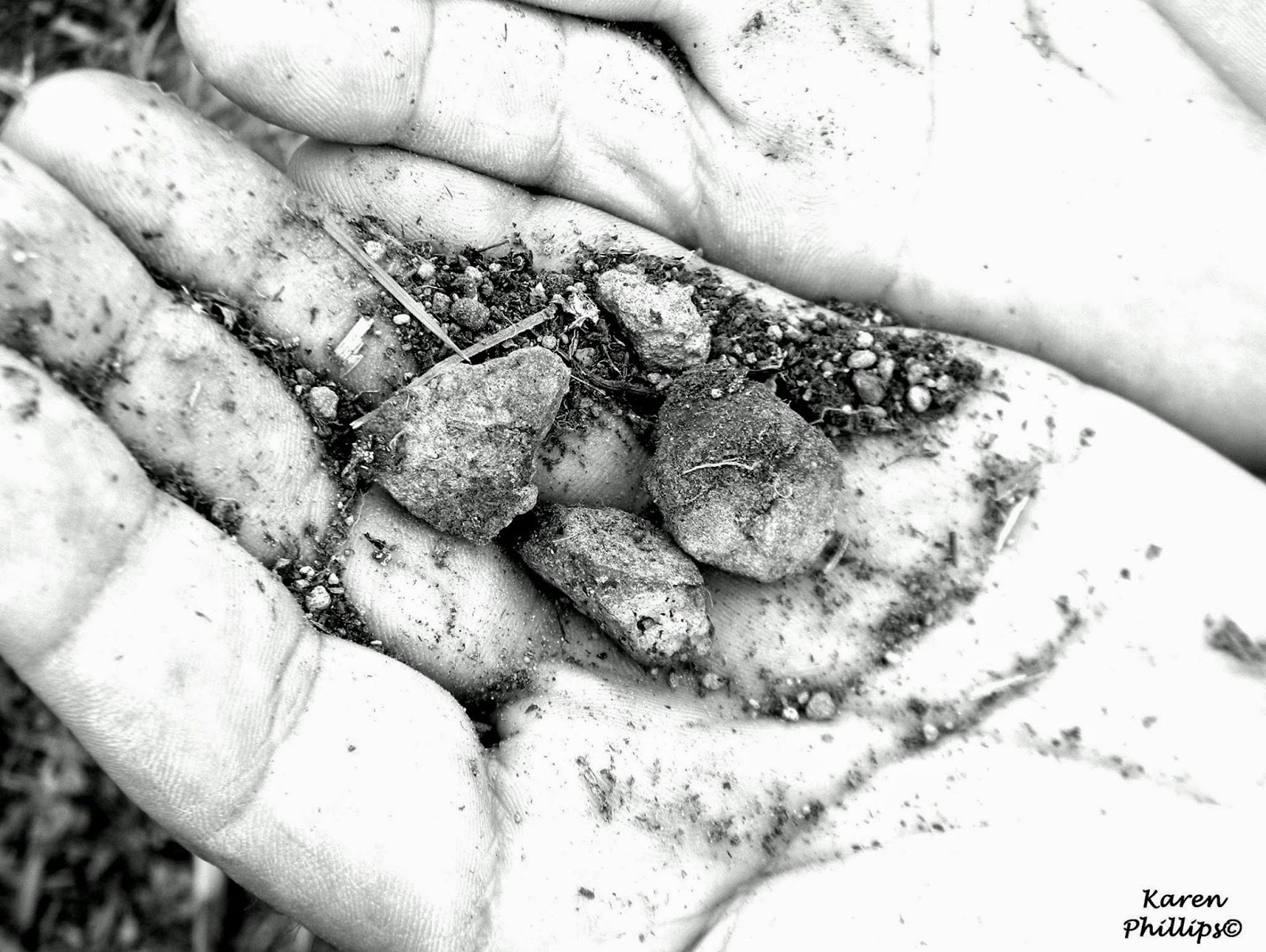 This was a exhibit put together with photos taken during March of 2014.  An exhibit that took me to a territory outside of my comfort zone. Outside of my zone primarily because I visited wineries that I had never been to before in my vineyard hopping adventures.  These wineries are located in the Caserta province.  I visited Aglianico and Primitivo vineyards and tasted wines that deserve to be discussed at length.  And thanks to Villa Matilde and the Confraternita del Falerno, on June 20th I was able to display my black and white snapshots at a dinner with about 80 guests.  Memorable moments?  Sharing the spotlight with four different wineries while tasting some amazing reds. 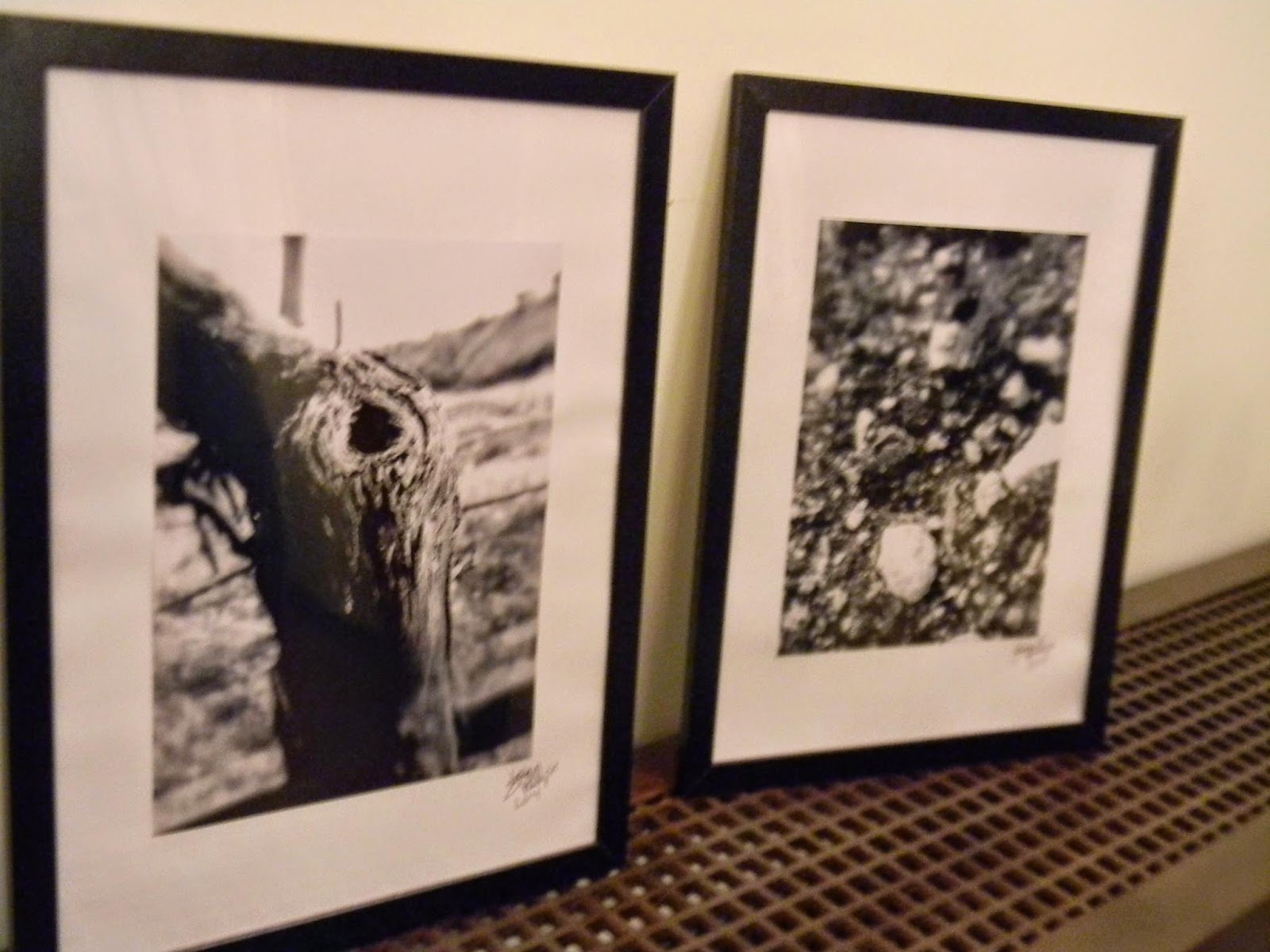 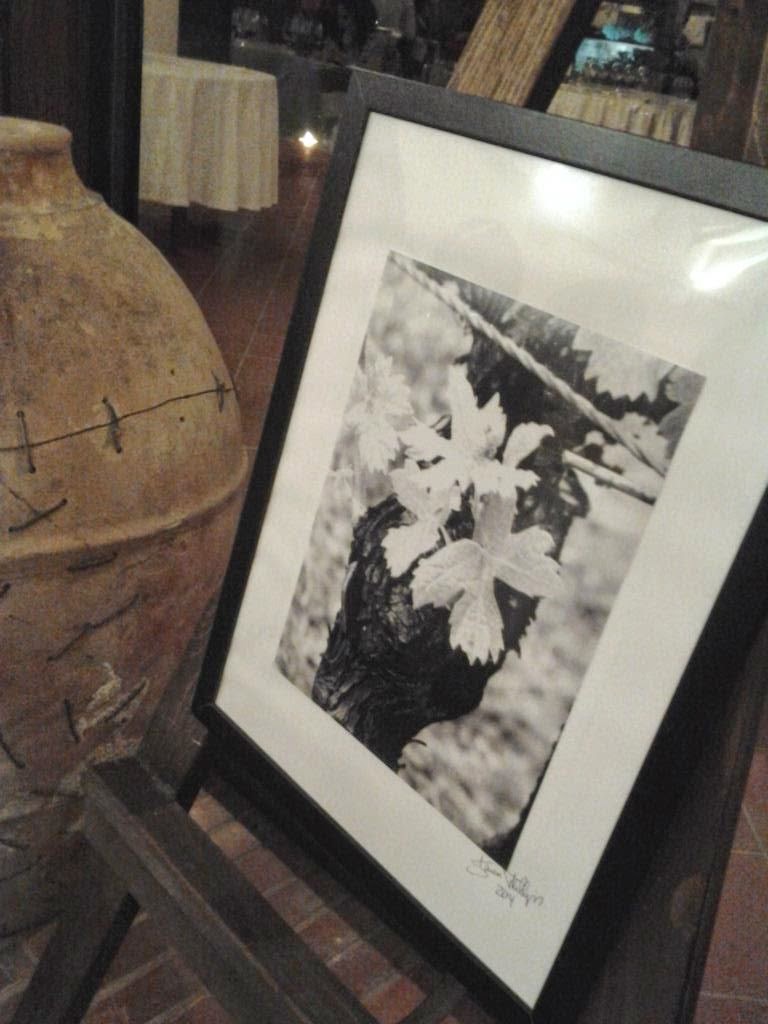 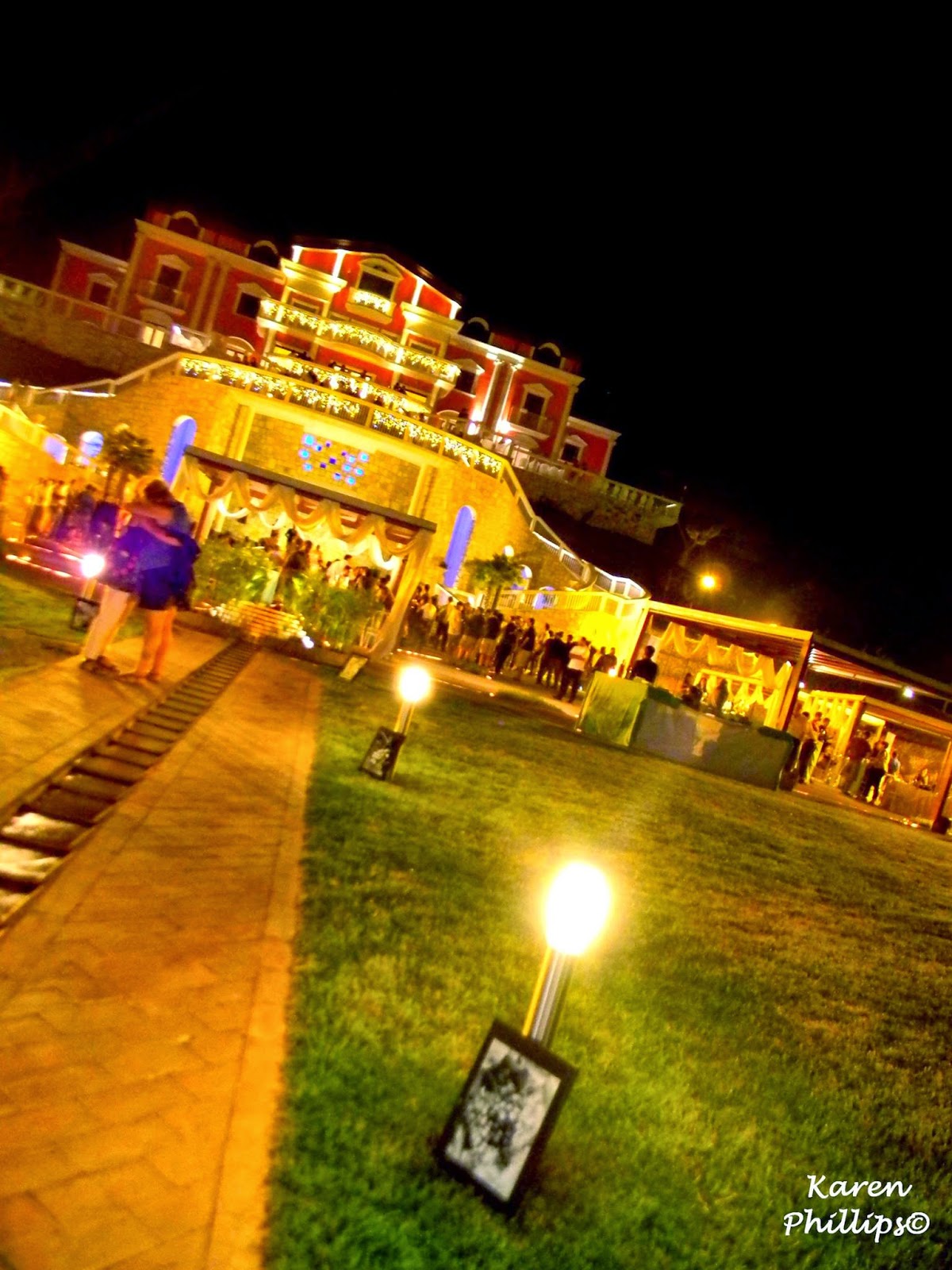 Back to what many believe is my first love - in version bianco.  Fiano di Avellino.  When I was asked to participate in WIne Fredane, Third Edition in some capacity or another, I believed the best way would be to put together another photo exhibit focusing on the three wineries that are located in the small community of Montefredane in Avellino.  Memorable moments?  My snapshots displayed on the lawn of Tenuta Ippocrate.  A wine tasting featuring older vintages of Fiano di Avellino going back as far as 1993. 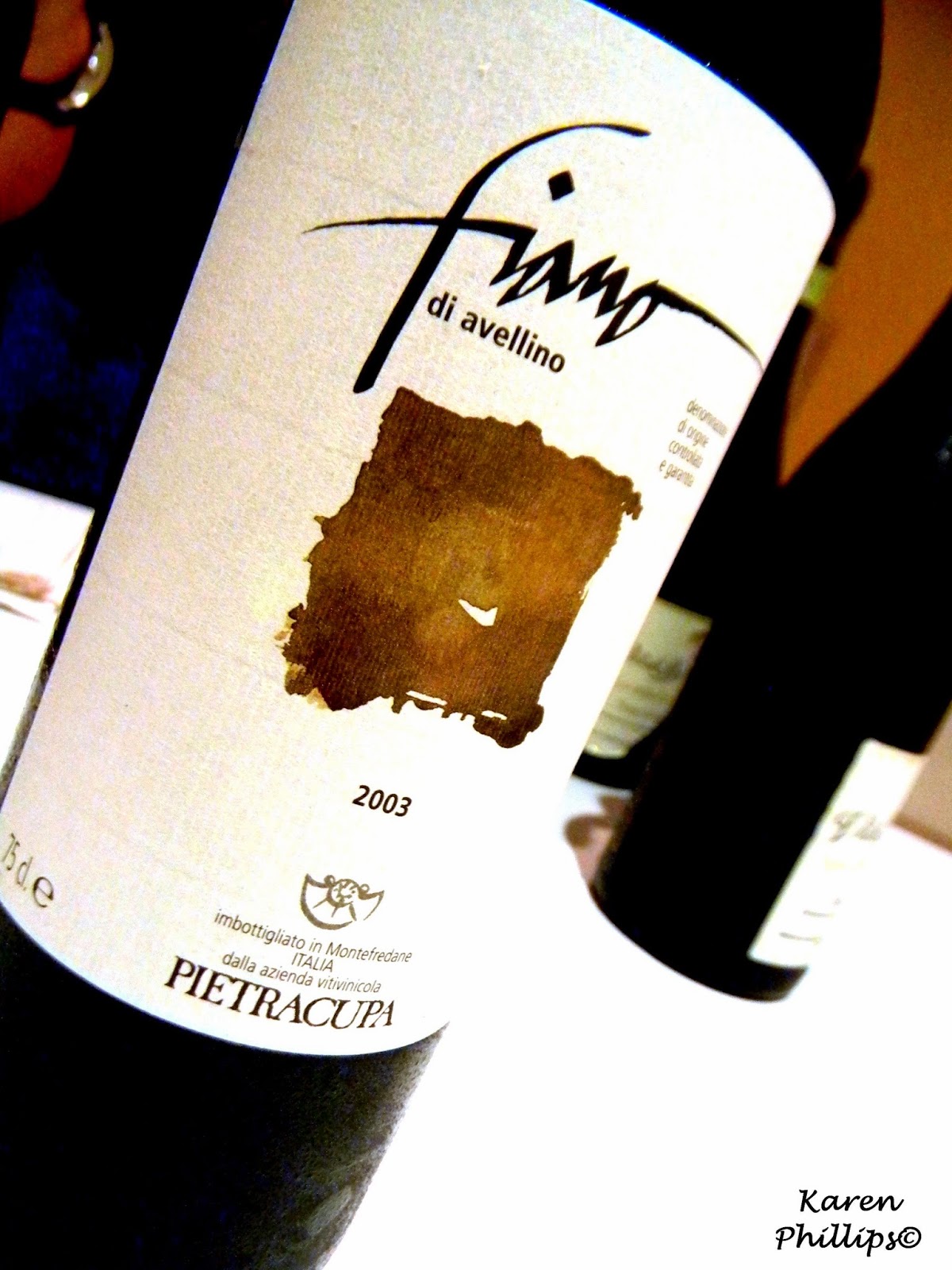 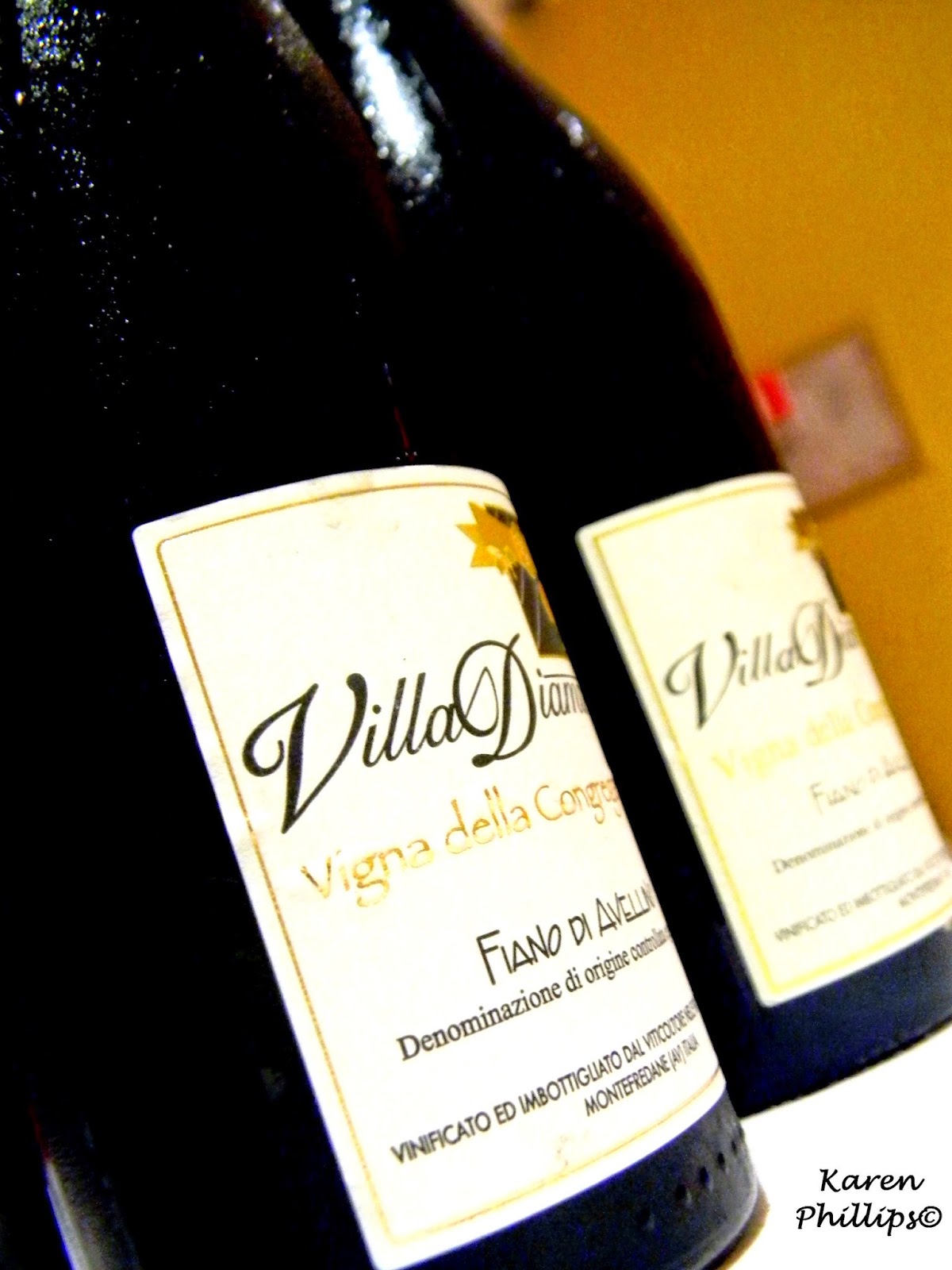 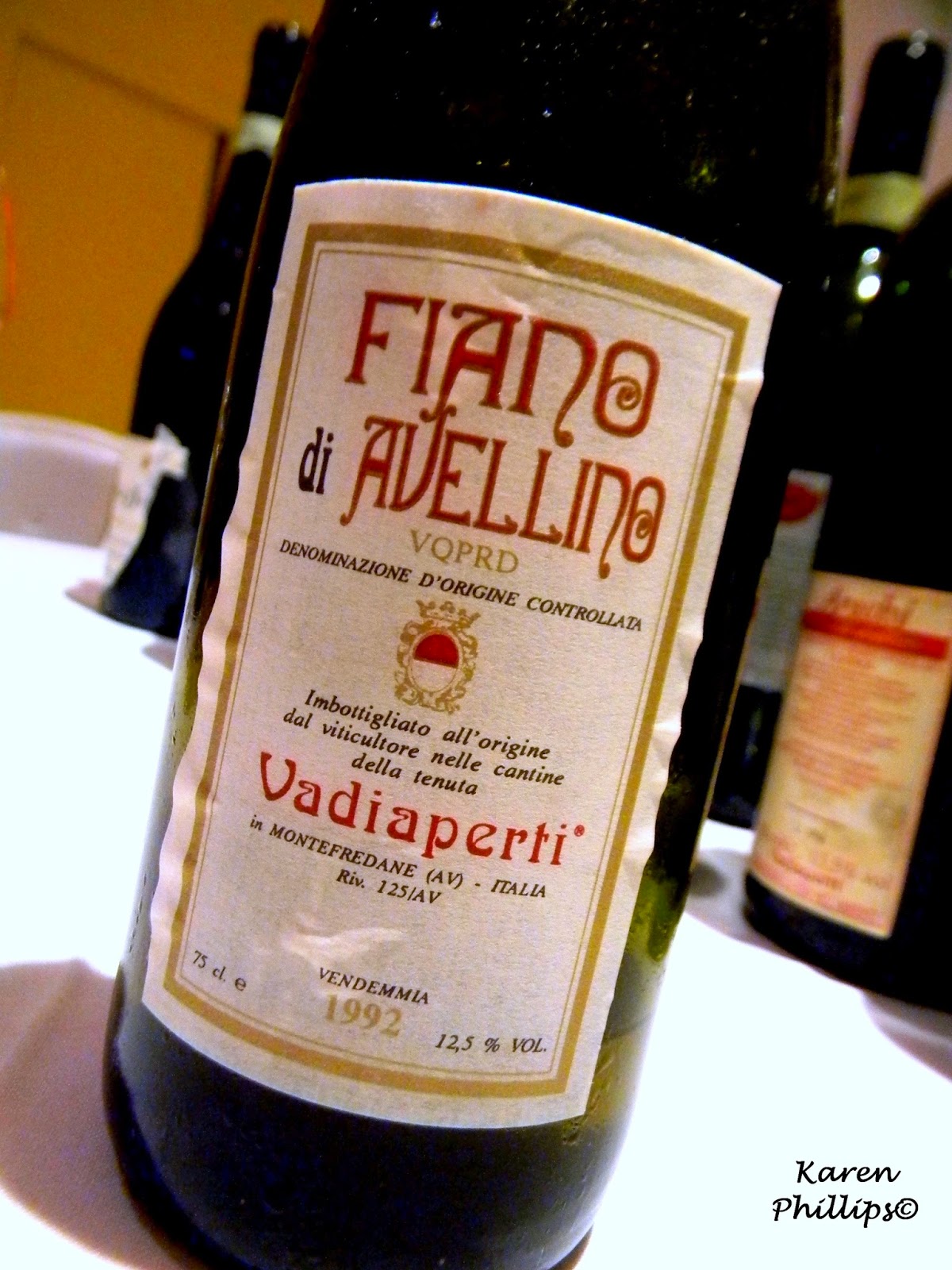 As I look back on Snapshot, I can't help to get excited about what's ahead...
Stay tuned...
Posted by Karen Phillips at 11:46 AM No comments: