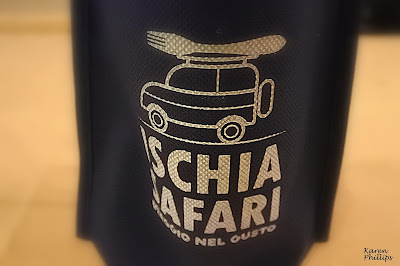 The dates had been penciled in on my calendar since last spring - and finally...finally the big event arrived.  Ischia Safari - a fun filled gastronomic fest on the big green island.  I had the pleasure to attend, though it was definitely a challenge balancing the island nightlife and work the next morning on the mainland.

I thought it would be fun to put together an Ischia Safari diary jam packed with ischiaddicted moments.  Here's a look - Enjoy!

2:15 pm - Ristorante Pizzeria Da Ciccio ,Forio
Though the press dinner was scheduled for 8 pm, I decided to arrive around lunchtime for a pizza and beer at Ristorante Pizzeria Da Ciccio located in Forio.  There I tried Ivano Veccia's Da Ciccio - the house pizza.  The pizza is topped with creamy Ischia white onions (that had been cooked under ashes) along with  rosemary, basil, and oregano, fior di latte and mozarella cheese and then baked in the oven. After it comes out, Veccia adds his tuna capaccio - prepared by Veccia by placing the tuna fillets in salt, sugar, and spices for five days.

A quick caffe' before tackling the rest of the day. 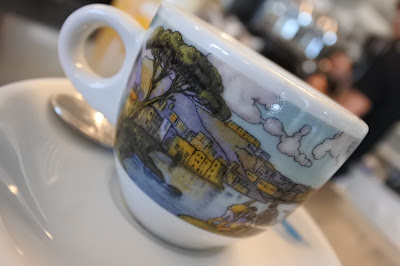 3:37 pm - Negombo, Lacco Ameno
Veccia offered to give me a ride to my hotel in Ischia Porto, but first he hand an errand to run.  Veccia - pizzaiolo in charge for Ischia Safari - needed to light the ovens so that they'd be the right temperature for the following evening. 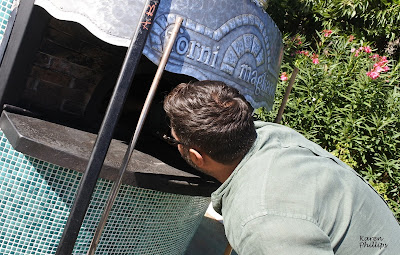 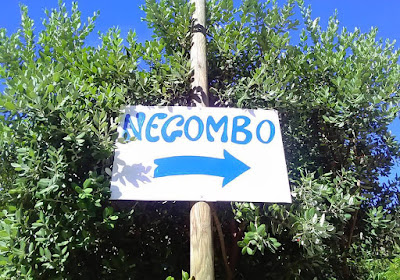 3:51 pm - Negombo, Lacco Ameno
Michelin starred chef, fresh from a packed lunch service at nearby Ristorante Indaco, arrived to check thins out.  Palamaro, alongside Chef Nino Di Costanzo is one of the organizers of this event, now in its third year. 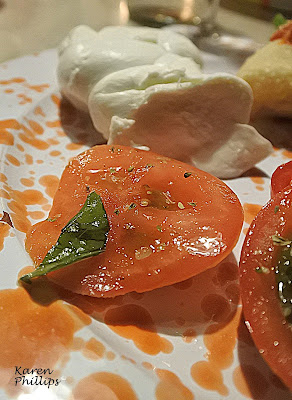 9:35 pm, Casa Colonica 1930, Negombo, Lacco Ameno
During the meal, we sang along to Neapolitan classic hits courtesy of Girolamo Mattera. 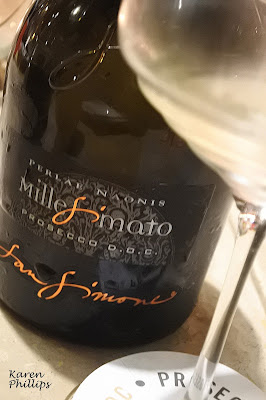 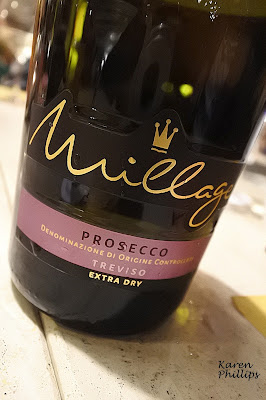 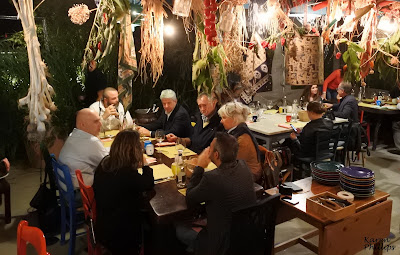 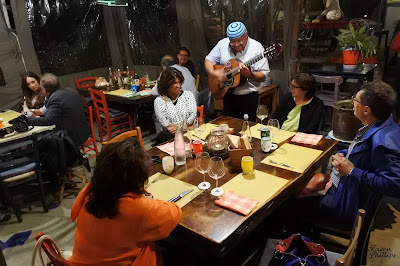 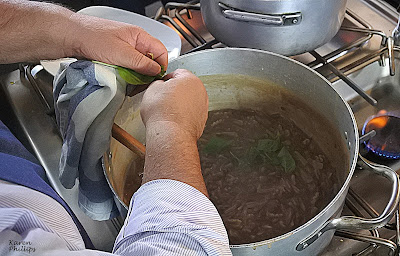 8:02 pm Negombo, Lacco Ameno
A full day of school, a rush to the ferry, and a quick taxi ride - my 2nd night at the Safari! 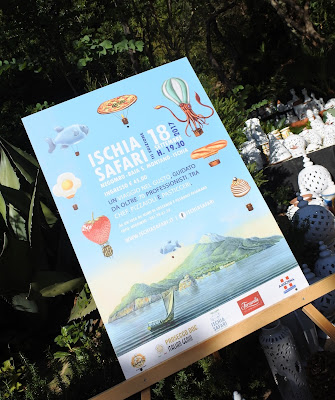 Around 2,500 people attended this fundraising event.  For forty five euro, guests had the chance to try five dishes choosing from over 100 chefs, pizzamakers, and pastry chefs.
First stop: Chef Zone

Back to the Chef Zone 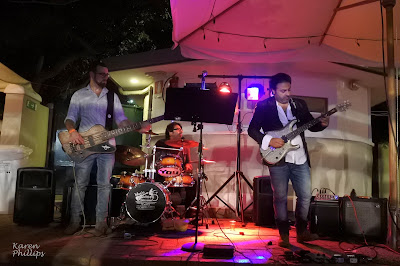 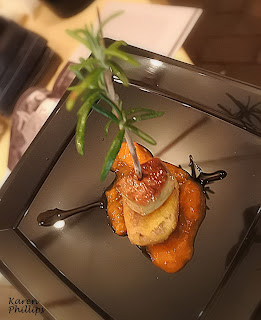 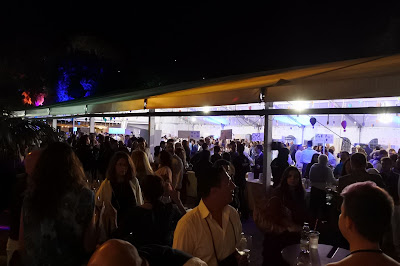 05:25 am Ischia Porto
My taxi picks me up at my hotel.  Another ferry to catch! Grooooaaaan! 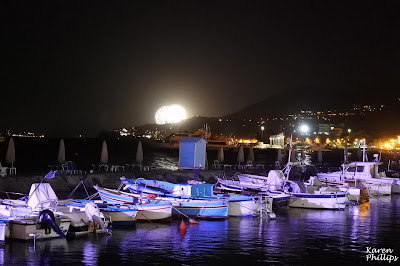 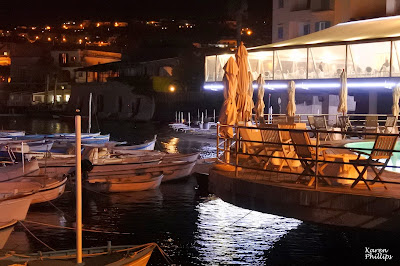 Perfect location for aperitifs prepared by Michelin starred chefs for the last evening of Ischia Safari.  About a hundred or so guests.  I even wore a dress.

9:56 pm Ristorante Indaco Lacco Ameno
After aperitifs poolside, I'm led to my seat inside Indaco for the start of the main portion of our meal.  Each dish served with a glass of champagne. 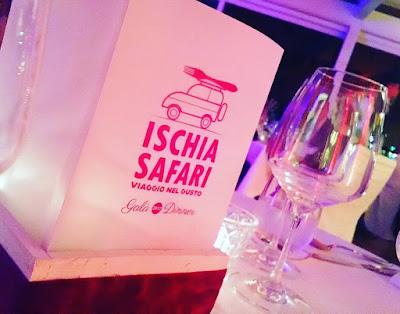 10:57 pm Ristorante Indaco
A quick peek in the kitchen! 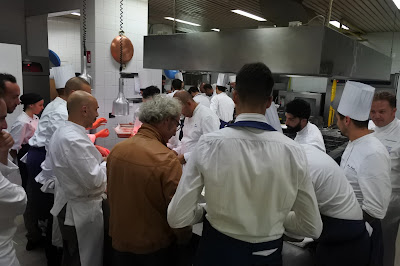 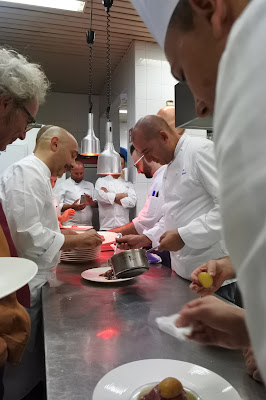 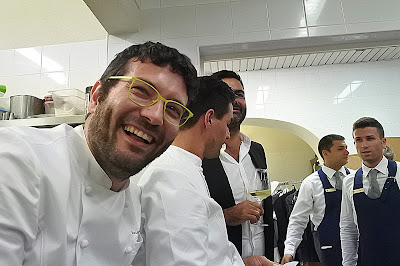 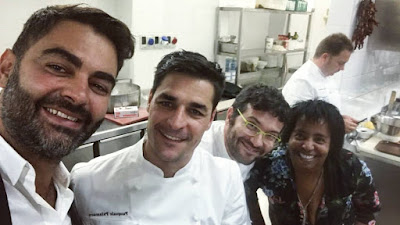 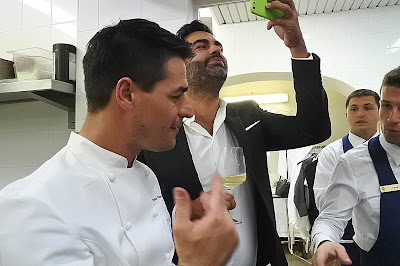 Time to head outside behind the restaurant, on practically hugging the sea for dessert! I tried 2 dishes- that's all I had space for!

So, that's my diary!
A grande grazie to Chef Nino Di Costanzo, Chef Pasquale Palamaro and my partner in crime, Ivano Veccia.

Posted by Karen Phillips at 5:35 PM No comments: