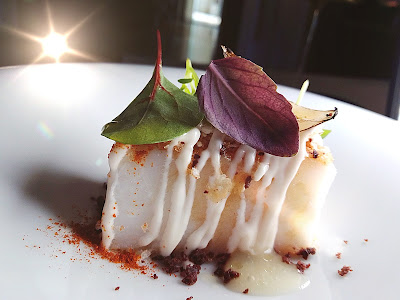 What makes a dish memorable?  Well, one that you remember a long time after you have tasted it.  One that, just by looking at a photograph, brings back the aromas, the textures, and the flavors of a dish fantasticaaa.

That is the case for this particular appetizer that I had nearly 1 month ago at Josè Restaurant in Torre del Greco.  It was not my first time at this Michelin starred restaurant, but it was the first time for my son, David.  In fact, I often watched his reaction too the whole 'Iavarone experience'.  Like when Chef Domenico Iavarone's codfish appetizer arrived. 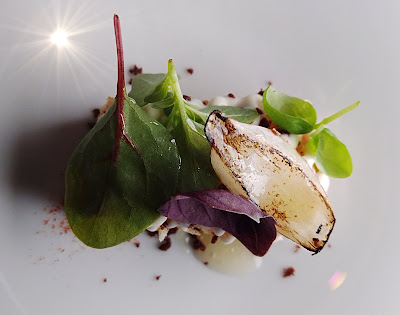 David and I paused a bit before digging in.

Three bites of goodness...that maybe ended too soon.  But then, what is an appetizer?  An appetizer is a small serving of food — just a few bites — meant to be eaten before an entree, and often shared by several people. You can also call an appetizer an hors d'oeuvre. An appetizer is meant to stimulate your appetite, making you extra hungry for your meal. 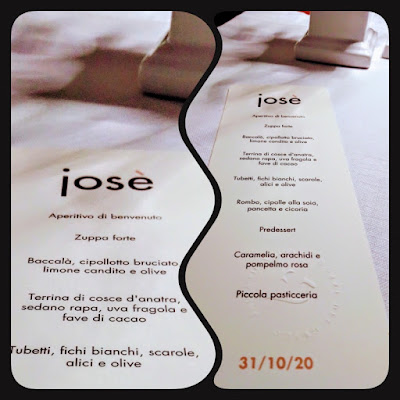 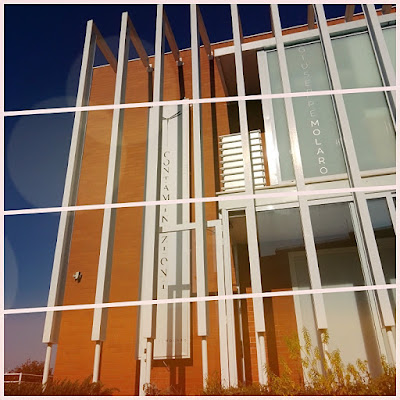 I first met Chef Giuseppe Molaro back in March 2019.  The chef had recently returned from Tokyo where he was the executive chef at Sensi, by Heinz Beck in Japan, where he earned the restaurant a Michelin star in 2017 - two days after his 31st birthday.  I met Molaro at an event (here)  where he prepared an amazing shitake mushroom risotto which I still remember.  What else do I still remember? The look in his eye, his determination, and his creativity.  All attributes that contributed to a dream to finally open up a restaurant of his own in late 2019.  Contaminazioni Restaurant.  A restaurant that is part of a ambitious project in his hometown of Somma Vesuviana in the Naples Province.  A restaurant where he could express his style of gourmet cooking backed up by years of international experience.

Then Covid hit the world causing Italy to shut down totally in March causing the project to grind to a halt...or maybe a hiccup.  June 2020 - restaurants opened up again facing many challenges and restrictions that change constantly.  And though it sure ain't easy - a recent visit to Molaro showed me what I had seen since we first met - that look in his eye, his determination, and his creativity.

His  Sousaku, 創作, Creation.  A taste of Molaro's Japan in a box - nigri, sashimi, hosomaki and ramen. All in a box, available as delivery, or in my case, take away. 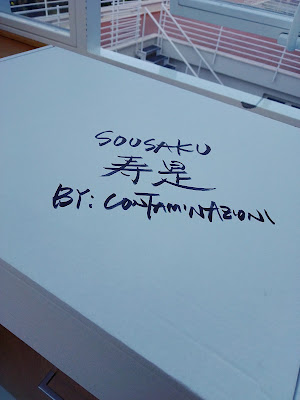 The box - before we talk about what is in the box, let's take a look on the outside...Chef Molaro handed me a simple white box with words written by hand with a black marker by the chef's wife, Yu-Ki.

And what was in the box? I ordered 2 portions which included (per person) - 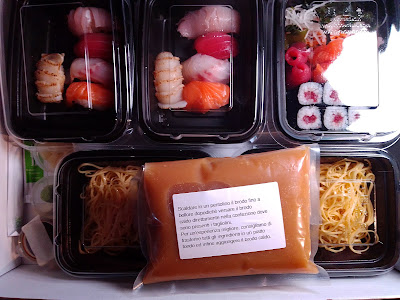 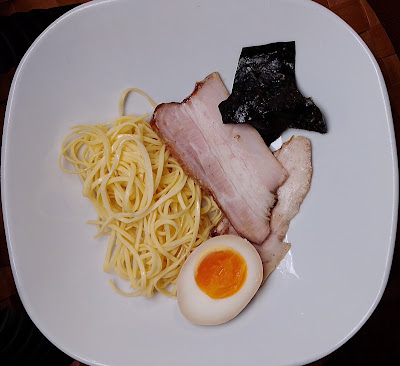 Ramen
When you order take out, sure, you don't have the ambiance, the mise en place of a gourmet restaurant but that doesn't mean you can't play a little bit with what you have at home. Which I did. 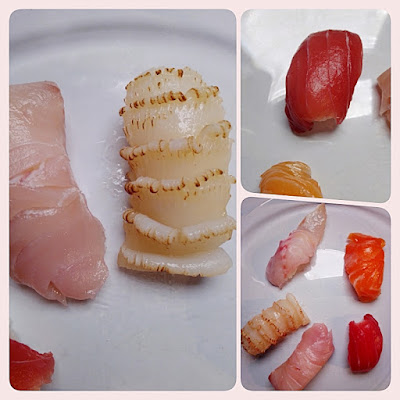 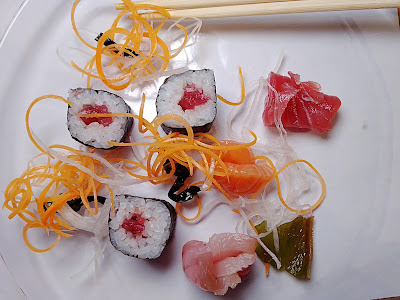 How could ramen be served as a takeaway?? It is quite simple, actually. Molaro's broth was packaged in a vacuum sealed bag. I just needed to heat it u and add it to the tagliolini pasta, beef, and egg. 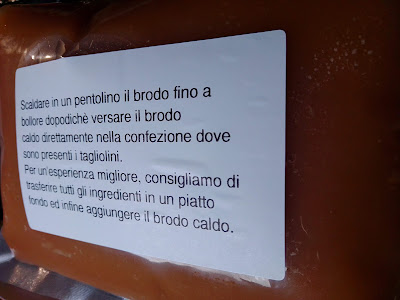 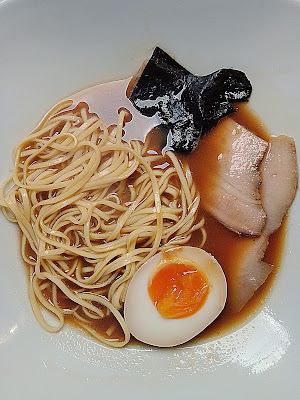 I would not be wrong if I say that all of us are definitely down with what has hit us this past year.  But that doesn't mean we have to lose that sparkle in our eye, our determination, and our creativity...like Molaro.  And many many worldwide.

Posted by Karen Phillips at 9:34 PM No comments: 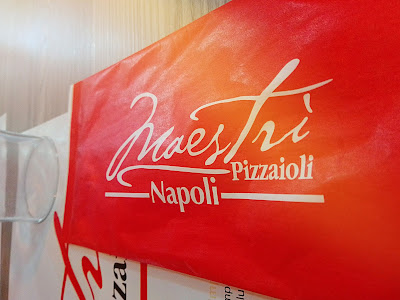 Though many in Campania enjoy going out to a pizzeria in the evening, I have always preferred a pizza for pranzo.  A pizza for lunch. I mean, I need to go when and where the pizza is good, where I feel relaxed, where I feel at home.  And though there are numerous guide books, lists and classifications on where to find the best pizzeria, I tend to ignore those.  Pizza is personal. I refer to ask a friend or two their opinion, and then check it out for myself.  That is how I found Maestri Pizzaioli.

Maestri Pizzaioli is a pizzeria nestled in a one way street  in Secondigliano (Na).  It has been serving pizzas to the neighborhood (and beyond) since 1955.  On my first visit - I've been several times in the last few months - I had a little difficulty parking.  Then I got up the nerve, and parked Neapolitan style.  Maybe you get the picture.

The moment I entered I felt a casa.  I quickly glanced around. checking out the dining room.  Absorbing everything.  The photos on the walls, the trophies, the newspaper articles.  The conversations of diners at the tables nearby, the warmth of the pizza oven, the aroma of pizzas baking in the wood burning oven. 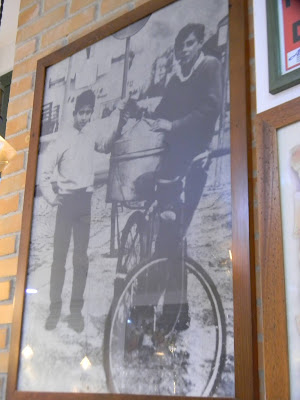 Behind the banco was Vincenzo Abbate aka Enzo, who along with his brother, Gaetano, are the second generation of pizzaioli. I quickly introduced myself and was directed to a table in the corner.  Perfect!  That way I could check out everything.

A table in the corner has been my spot on my visits over the next few months.  A table where I tried several of the Abbate pizzas, which can be baked the classic way, or int o rutiello, which in dialect means in a deep dish. 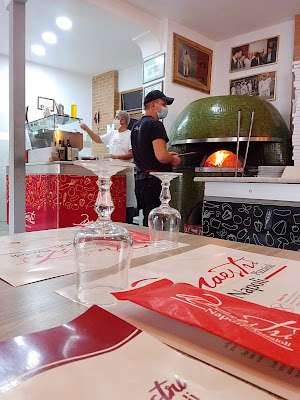 So, let's take a look at some of Abbate's pizzas that I tried - Abbate giving me the chance to enjoy 2 pizzas in one. 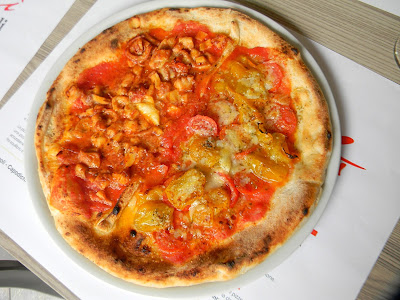 Like this one, er, two.  on the left, the profumata.  Profumata, fragrant - with octopus, tomato sauce and fresh garlic. 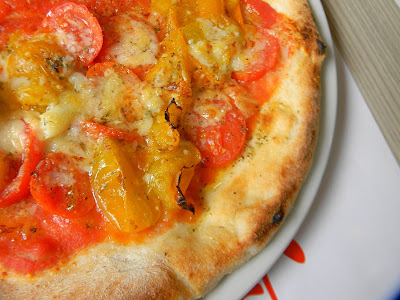 On the right side - a margherita pizza made with red and yellow piennolo tomatoes. 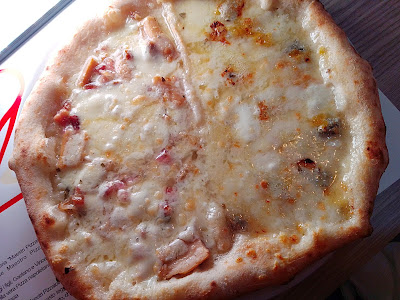 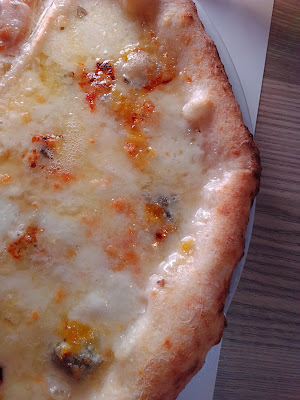 This time, let start on the right - with a 4 formaggi - 4 cheesy cheeses. 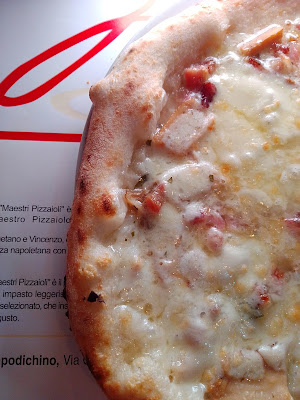 Then on the left, a white izza with porcini mushrooms and cicoli (pressed fatty pork).
Scrolling their menu, and also their FB page, it is hard not to be think/dream about what I will order on my next visit. My next pizza per pranzo at Maestri Pizzaioli.