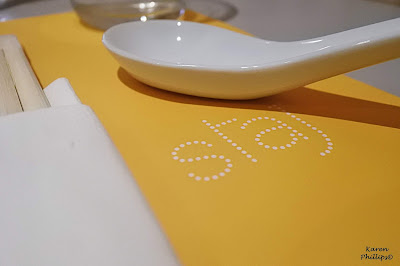 I chose a Saturday afternoon smack in the middle of the holiday season to take a walk through one of Napoli's  snazzy chic parts of town.  A crispy clear cold sunny day, you know - the kind that Naples is famous for this time of year.  I chose that particular Saturday to take an early afternoon stroll, window shop, but most importantly - have lunch at Staj Noodle Bar.

Staj - opened up last June and is noted as the first (and only) noodle bar in Naples.  To some a risky decision taken by Chef Lucio Paciello and Rosario del Priore. Naples loves their pizza and traditional dishes.  We'll see.
I arrived a few minutes before 1 pm - right before the lunch rush.  That was a good thing, because I needed some time to study the menu, absorb all that Staj had to offer.  I must confess that I was a little overwhelmed at the choices - I didn't know where to start.  That's where Paciello stepped in, and sat down.
He helped me narrow down my choices so that I wouldn't over do it on my first visit to Staj. Including the choice of beer -Whatever - produced by friends of his that he met during his time in Australia.

So we agreed on the following journey- starting with the starters.


Then it was time to move on to the buns - the bao buns. 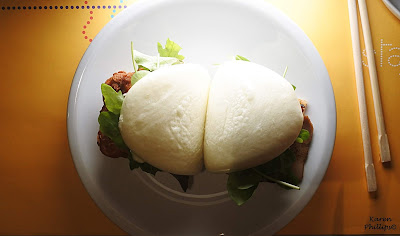 We narrowed the choices down to two... 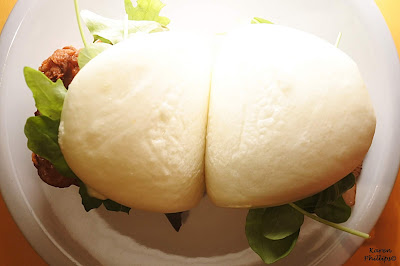 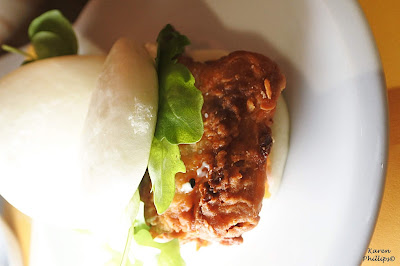 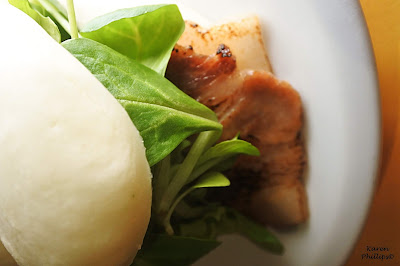 I still had some room - for what really had my curiosity.  Ramen!  Not that add hot water to a cup ramen that got many of us through our college on a budget years - but that real ramen.  Like the type that I enjoyed when I lived in Japan.  That type that you see in the anime movies, as my son would say.  It has been over 25 years since I have eaten real ramen and had forgotten how complex this noodle dish can be.  Paciello and I decided on Ramen Shoyu and he even invited me into the kitchen as he plated up.

I followed the dish out to my corner table.  Paciello followed me.  He was curious if I knew/remembered how to eat ramen the right way.  He gave me a quick lesson.  Raise the ramen out of the broth with my chopsticks and place the spoon underneath.  Blow softly to cool it down.  Then the crucial part - eat.  Eat it all, without breaking it up.  In other words slurp!
Here's how it went down.  You be the judge. 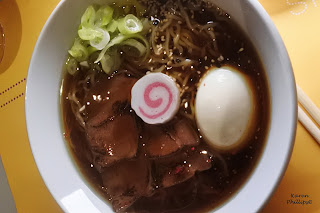 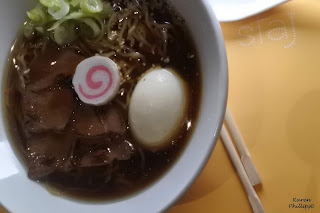 Fantasticaaa! - In fact the whole meal - including the beer of choice - 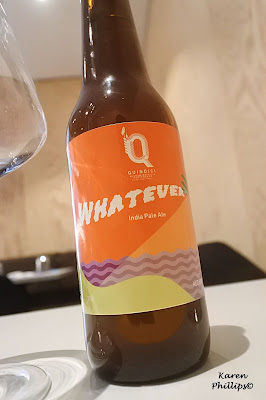 So back to my earlier observation - you know - the one about opening a noodle bar in Naples.  Was it risky?  Sure!  As the saying goes - you gotta play to win.  Months of full houses and hot press tells me that the risk is paying off.

So glad I finally staj-ed!

Posted by Karen Phillips at 3:33 PM No comments: