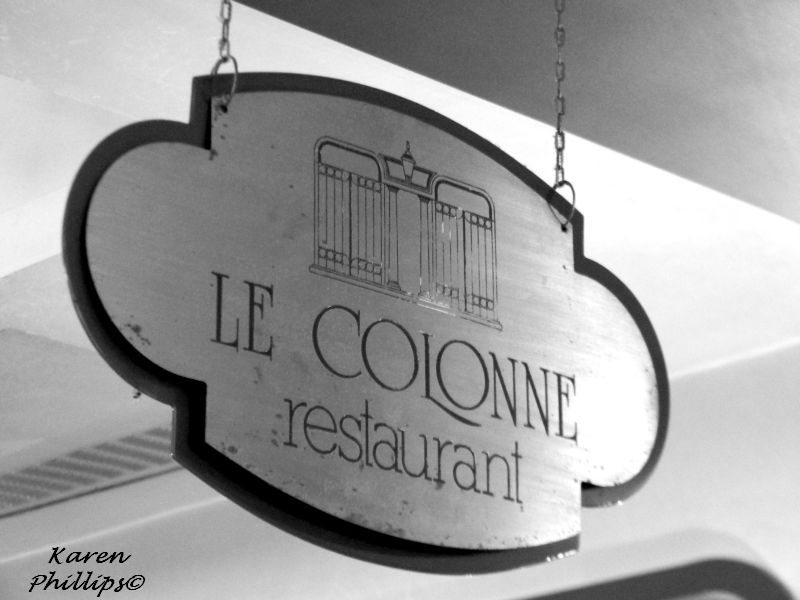 There was a little unexpected excitement as I opened up Chef Marziale's menu last weekend at Le Colonne in Caserta.   What would I find inside? Would it be a dish that I tried when we met for the first time a few years ago?  Or maybe one that she had presented on a TV program that I had seen the night before?  Rosanna Marziale, chef, cook book author, and Campania's Mozzarella di Bufala World Ambassador.  What should I have expected?
I mean, should I have expected a pre lunch specialties such as a sfogliatelle pastry stuffed with vegetables instead of the usual sweet filling? 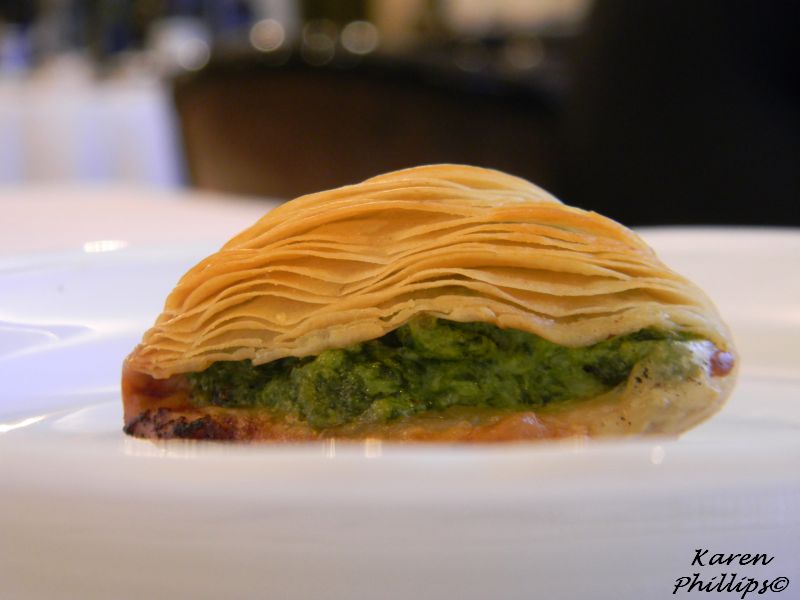 Or to be handed an mp3 player with my first appetizer...biancadolio?  I pushed play and the storyteller ttook me on a journey, describing the dish...a small bite-sized ball of mozzarella stuffed with toasted cubes of bread (pane cafone). 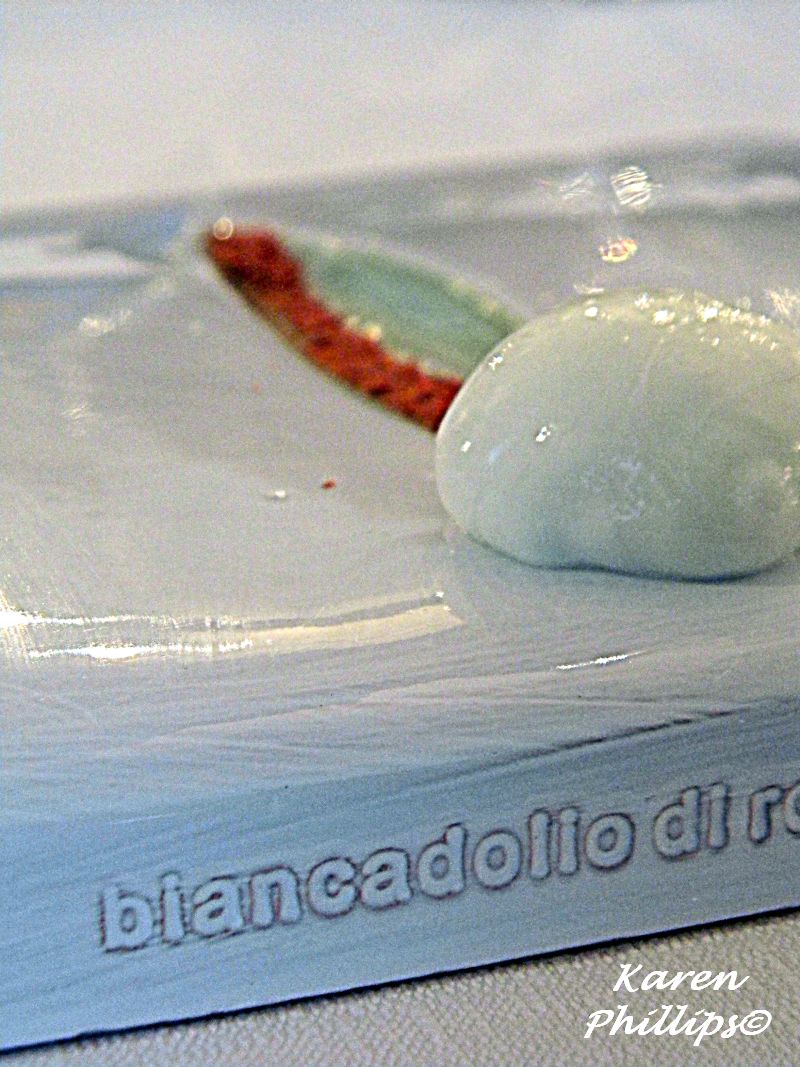 This gentle voice, complete with background music and the sound of crickets,   invited me to gently roll this treat through a valley of powdered tomato before popping it into my mouth... 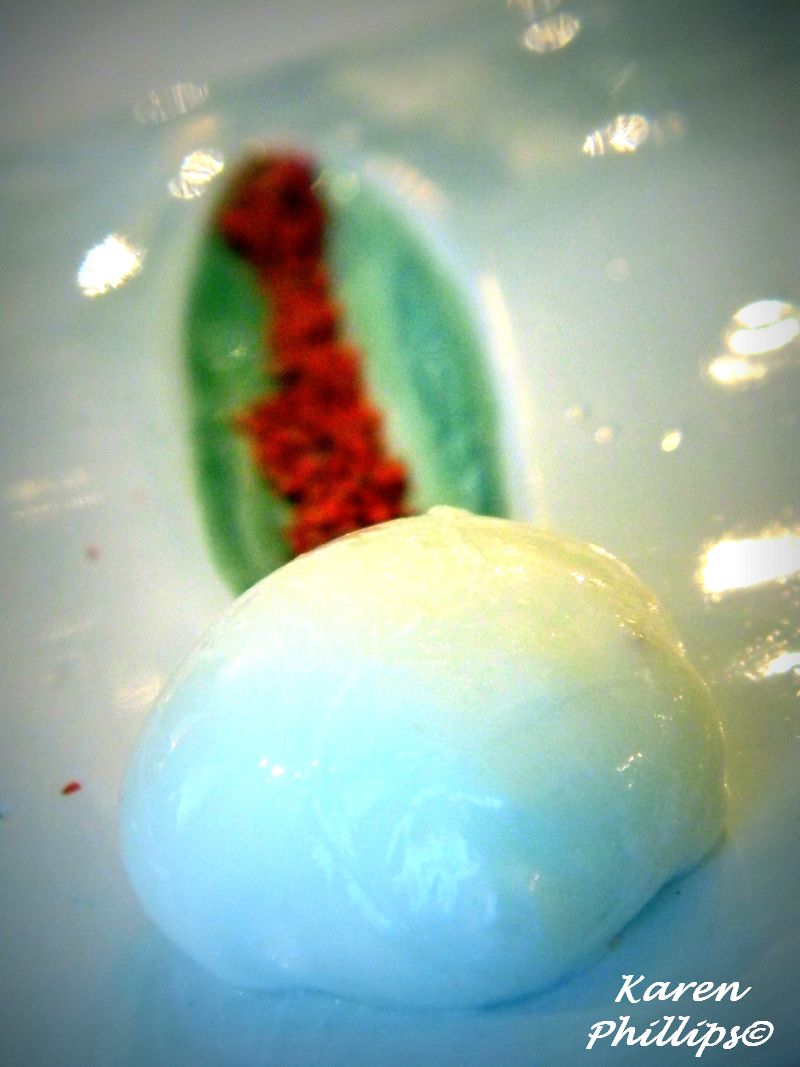 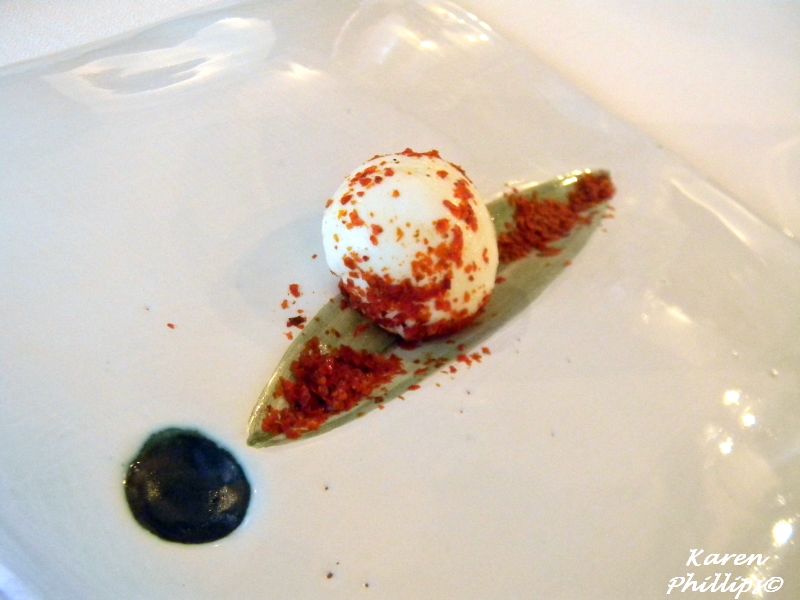 Or the procession of dishes that arrived at my table...each starring Marziale's mozzarella... 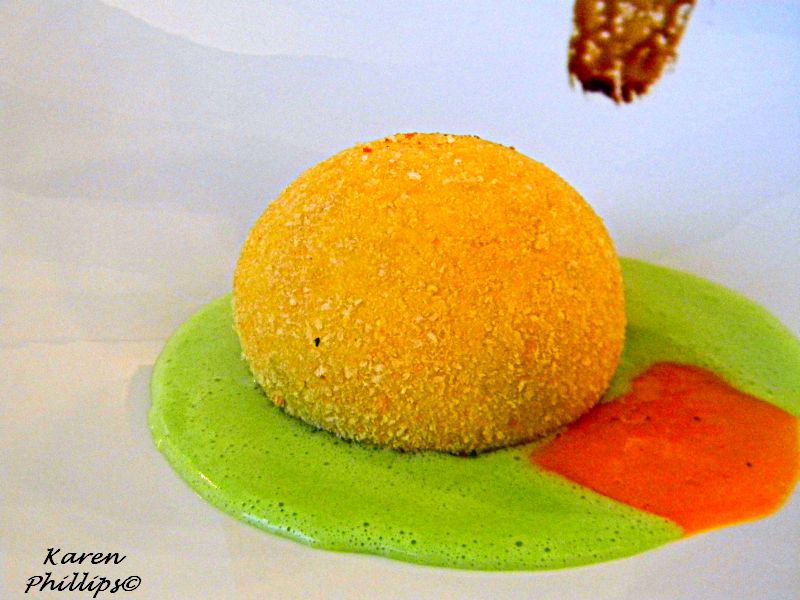 or the dish that she chose for the Water Plate Contest.  Her ovomozzo...her mozzarella stuffed with a poached egg.  This served on top of a delicate acqua di riso and acqua di pomodorini del piennoli (rice and tomato water). 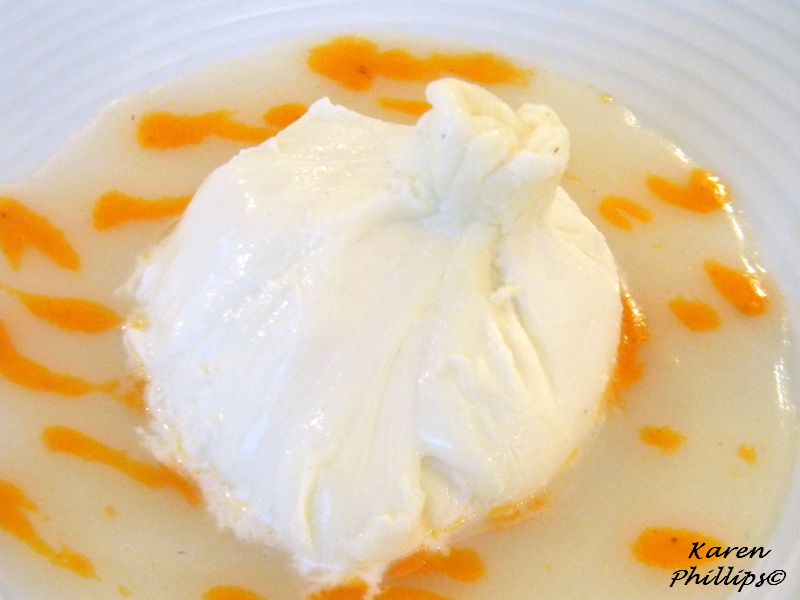 After tasting this dish, I headed straight to the kitchen for a live demonstration on how she got the egg into the mozzarella...did I expect it to look so easy?  Marziale placed the mozzarella in the microwave for a little under a minute 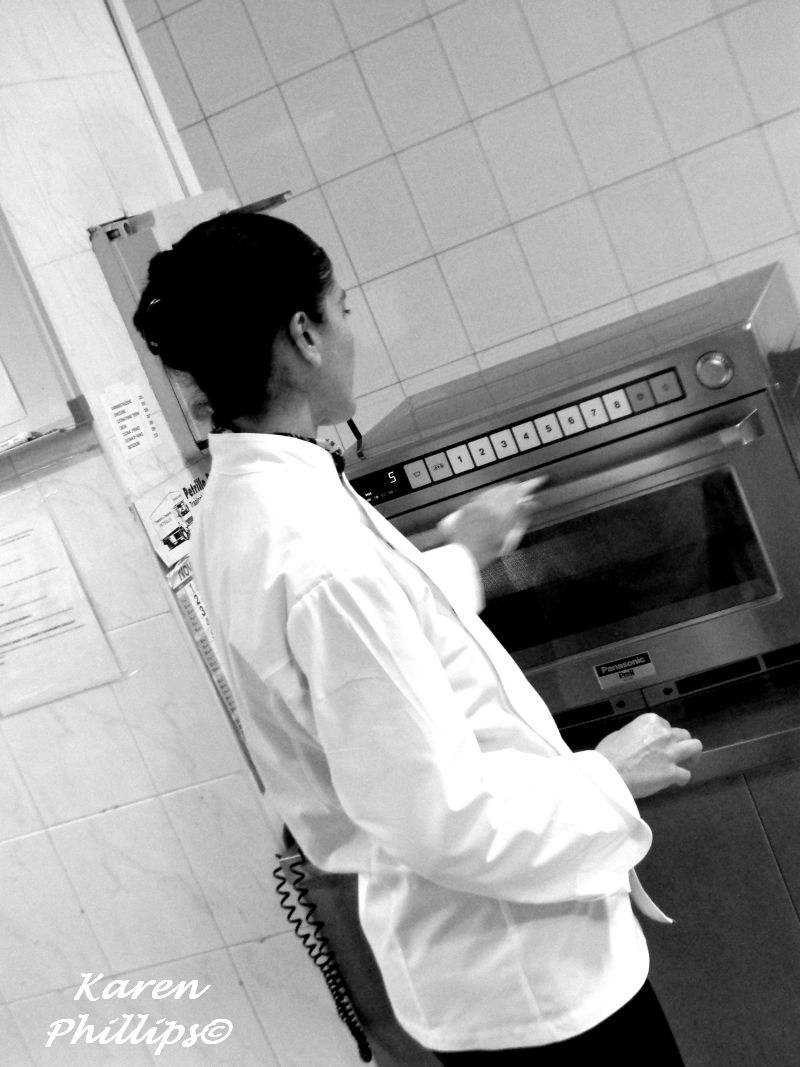 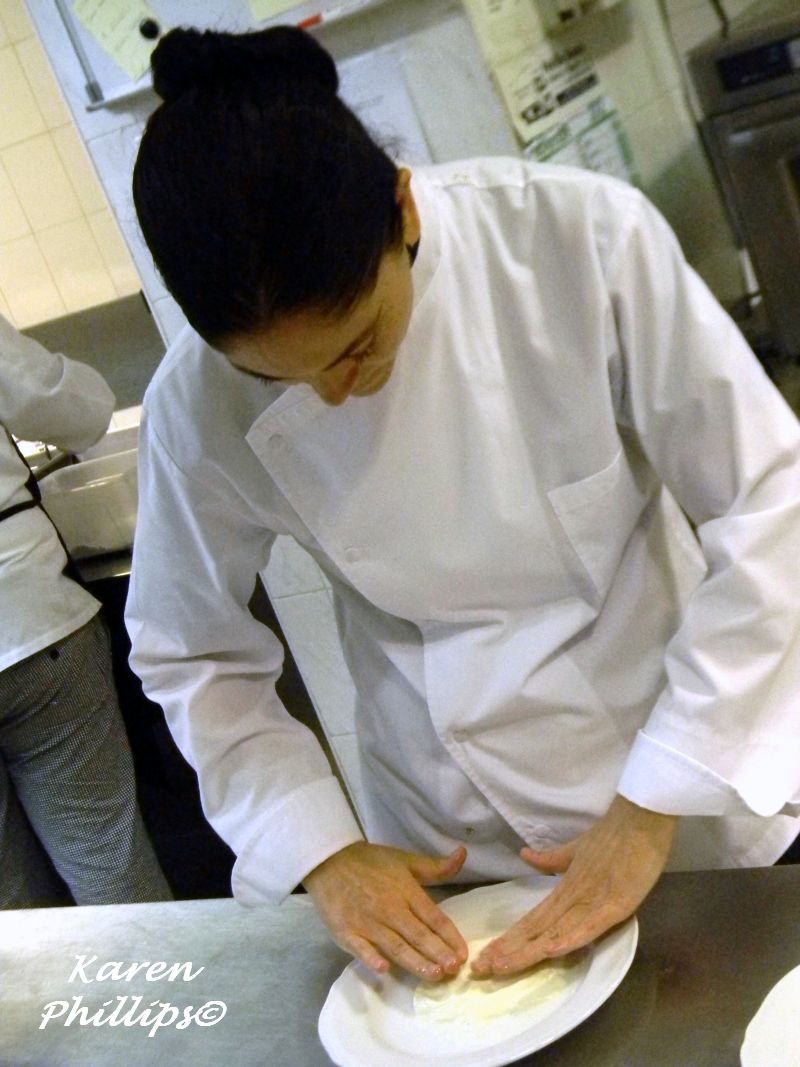 ...carefully placed the egg inside and wrapped it up like a package... 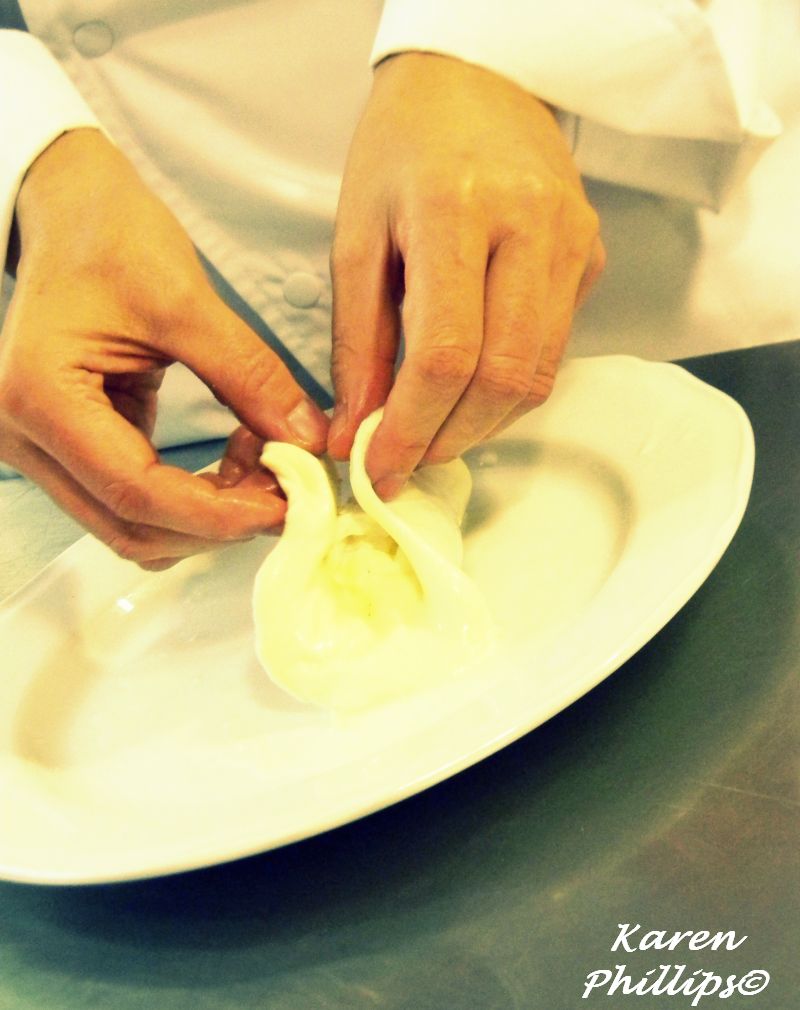 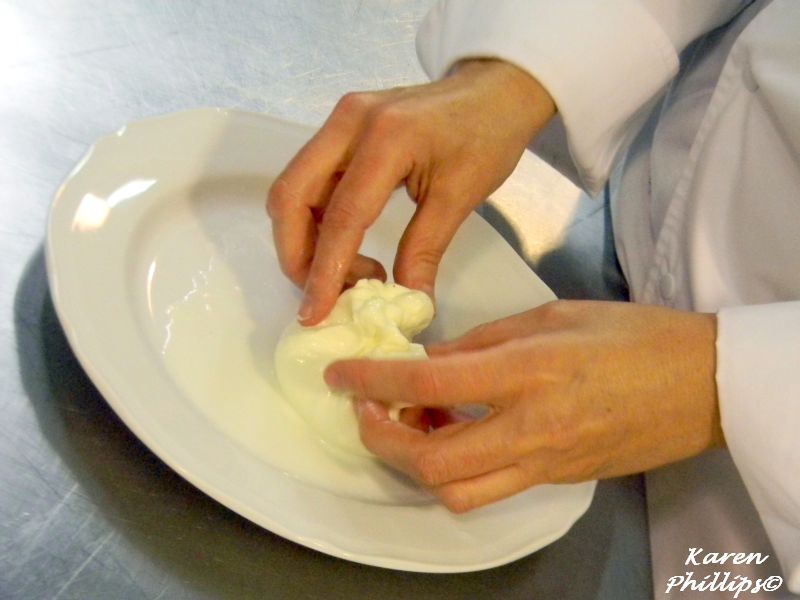 But my mozzarella party was not over...more dishes were on their way to my table by the window...
Pizza al contrario... A pizza where Marziale used mozzarella as the pizza crust (after stuffing it with toasted bread) and then topped it with a sauce made from San Marzano tomatoes and basil...unexpected... 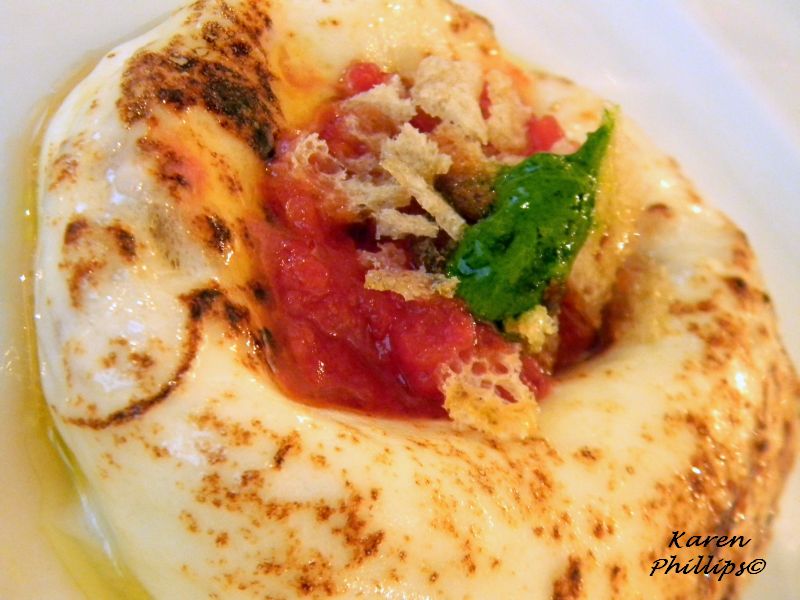 an open ravioli dish prepared with fresh shrimp, a shrimp bisque, with the ravioli pasta 'inside'...unexpected... 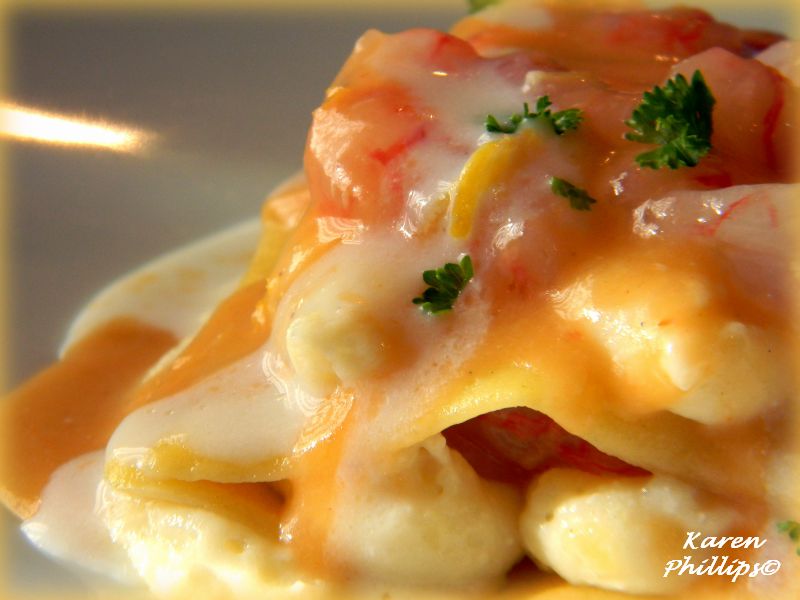 a clam soup topped with mozzarella was unexpected as well... 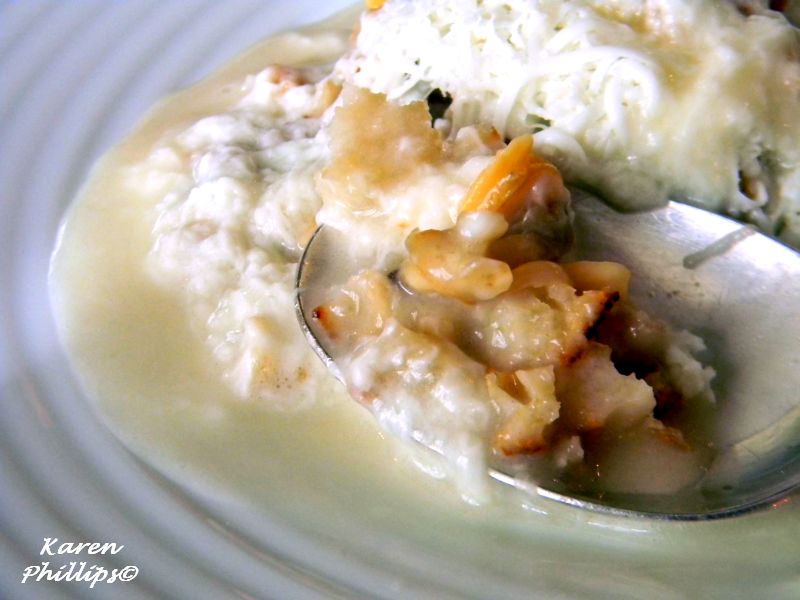 unexpected and delicious...each dish was.
Like Marziale's homage to Japan. Her Tonkatsu with starring black pork from Caserta and mozzarella. 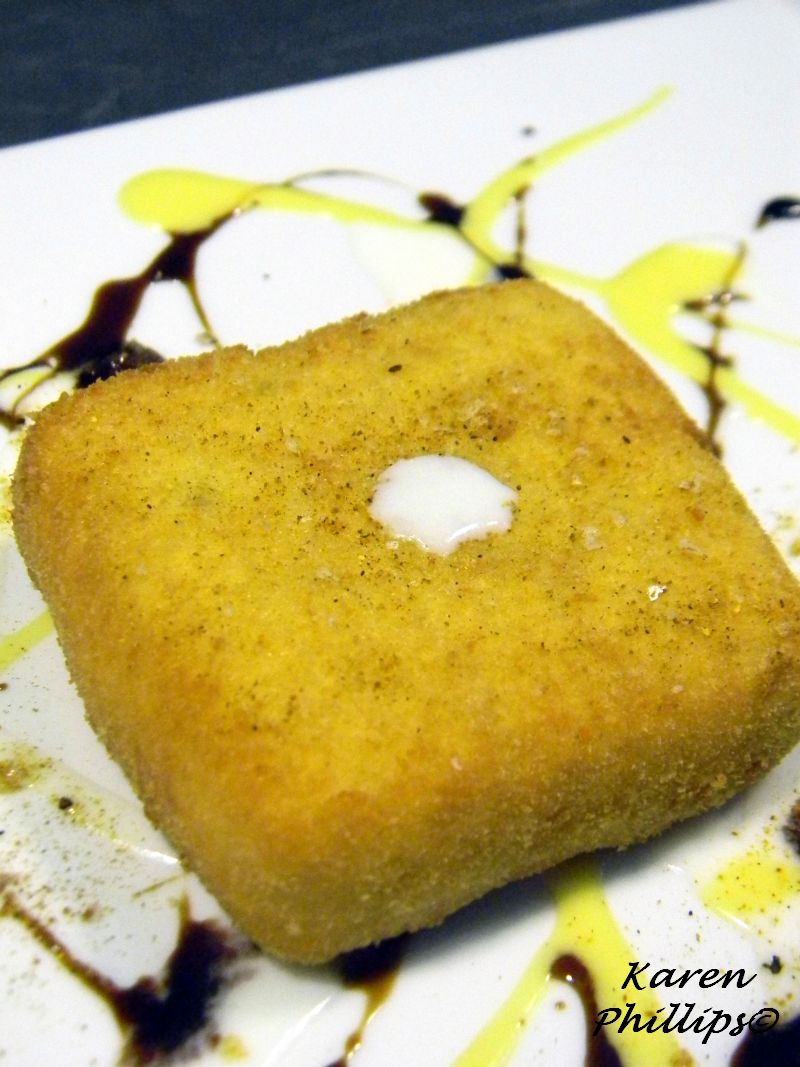 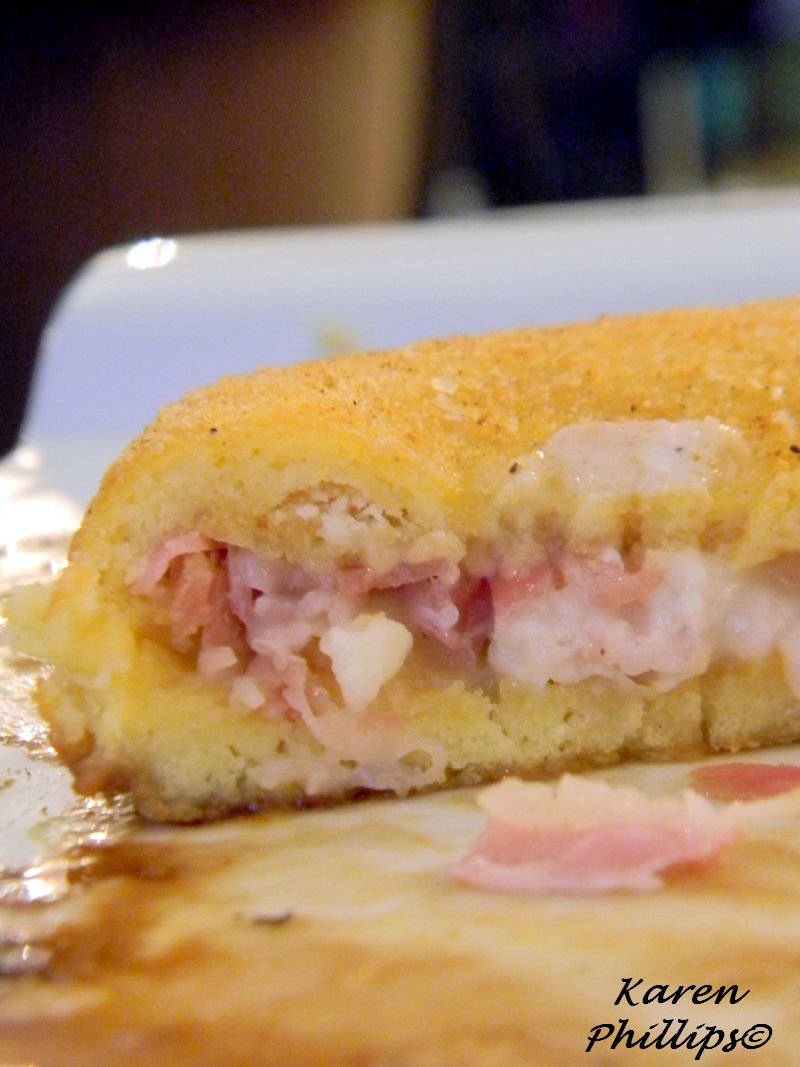 and her veal, slowly cooked at a low then high temperature in balsamic vinegar.  On the side... unexpected serving of friarelli broccoli and  hazelnut ice cream... 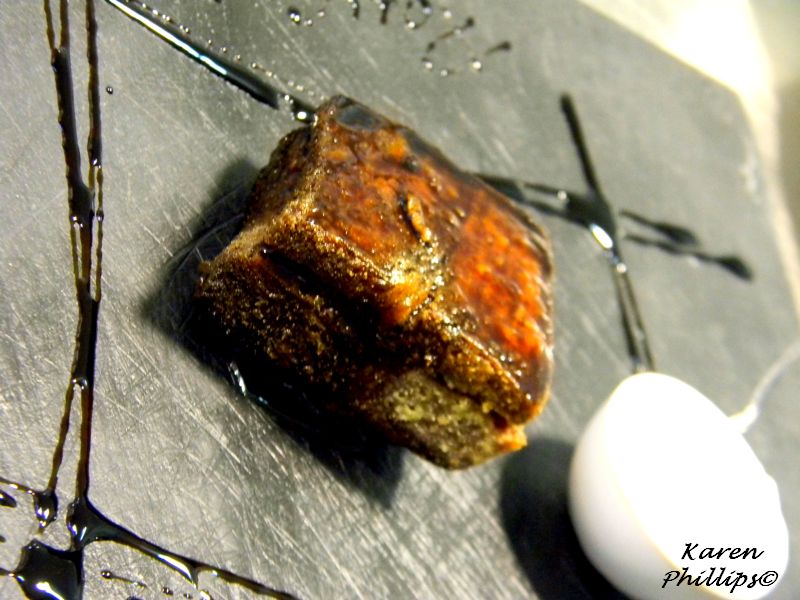 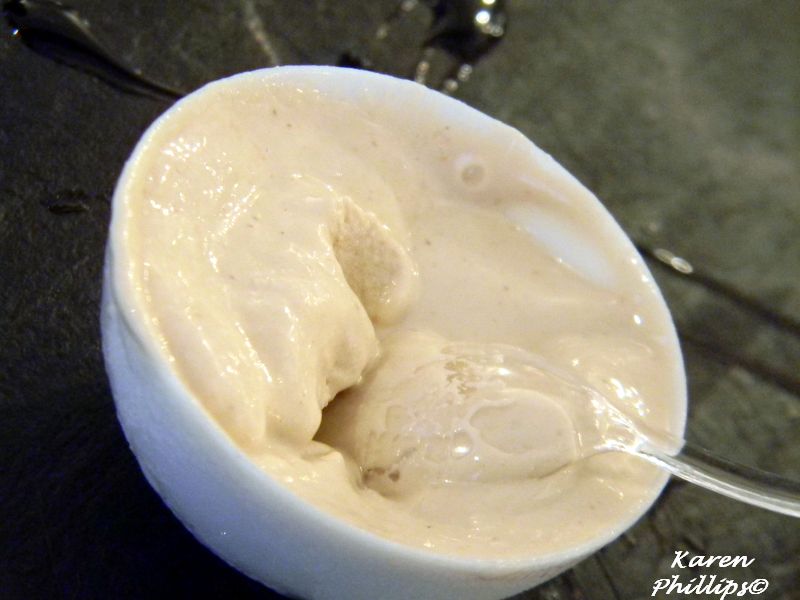 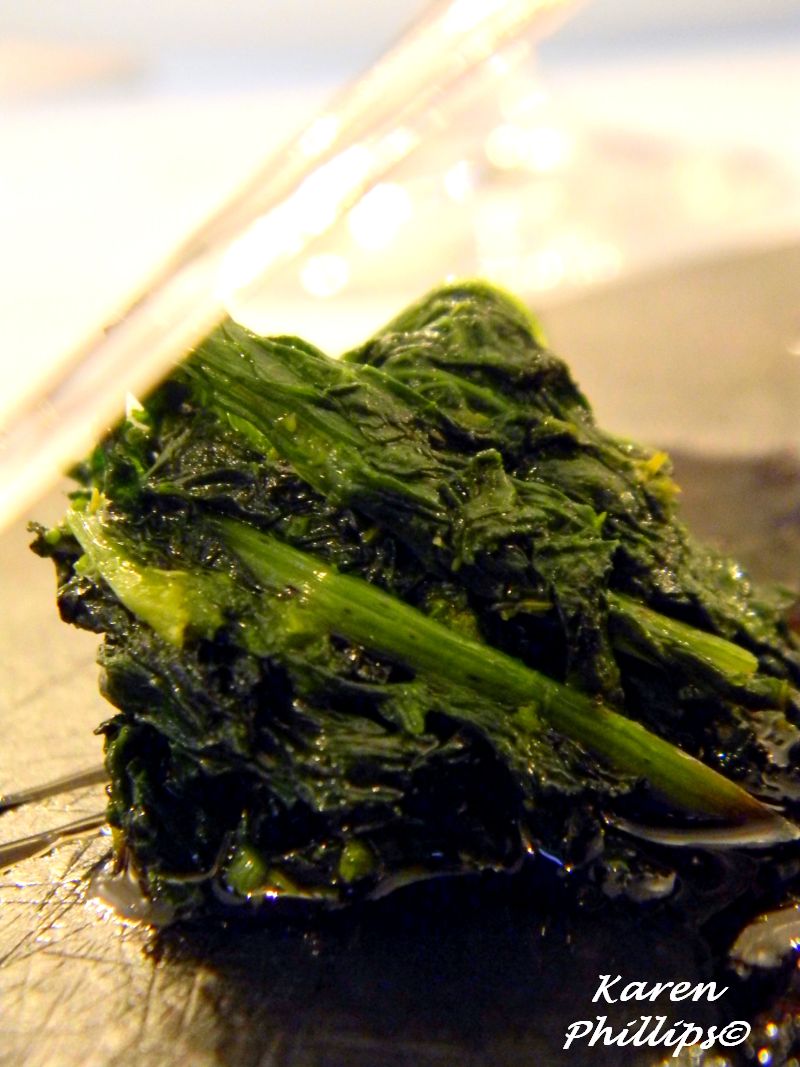 No... didn't expect any of these specialties expertly prepared by Marziale.

What do I remember most?
Hmmm...Sitting down with Marziale after lunchwith some special desserts and a glass of tisane tea as we   discussed  her recipes, food and photography. 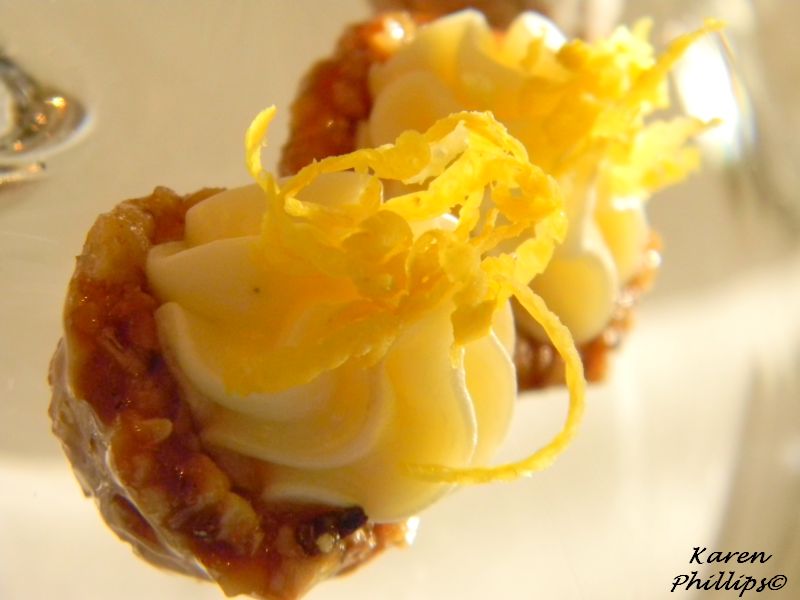 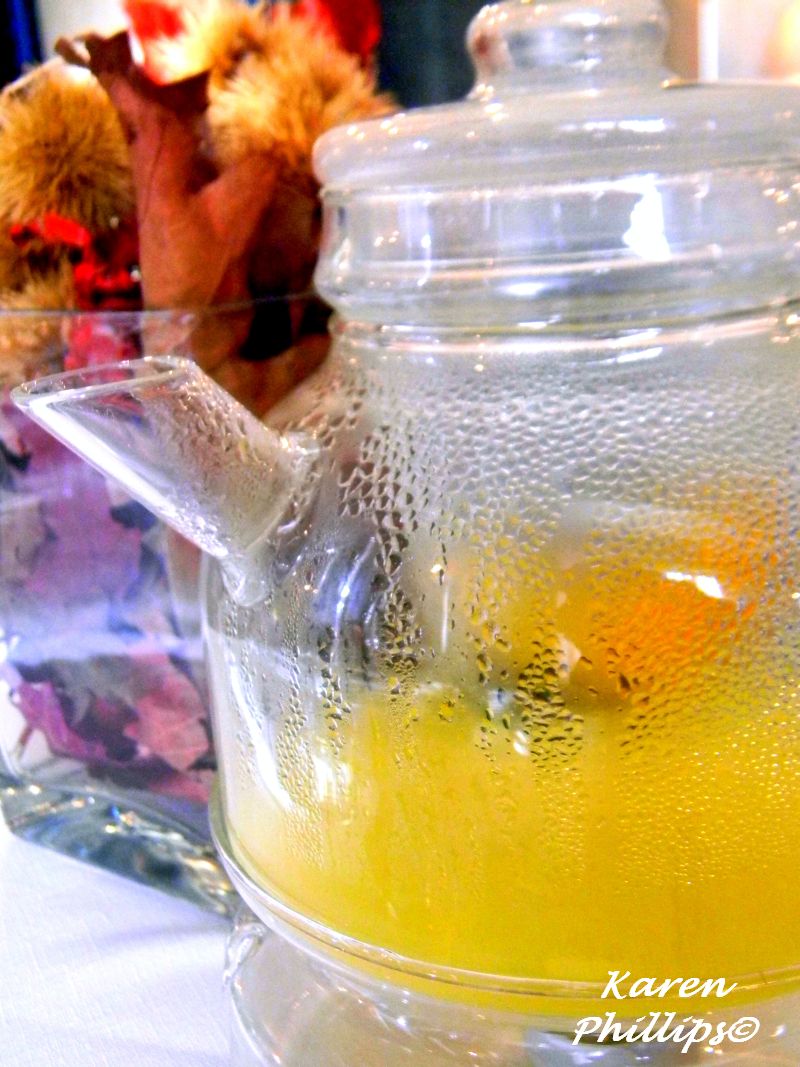 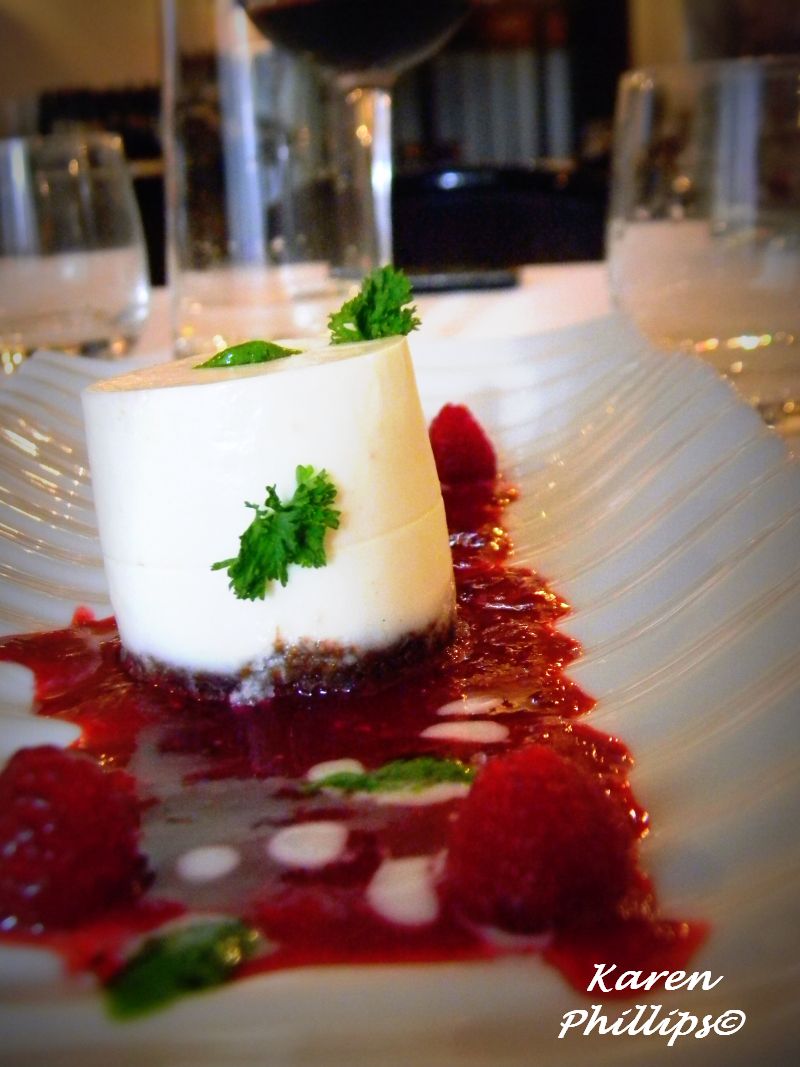 We discussed her family's other restaurant, Tenuta San Bartolomeo, a location popular for weddings and ceremonies.  I even promised to stop by  for an unprecedented butterfly exhibit that runs until the end of November.  We discussed the upcoming Giornate Gastronomiche Sorrentine which will be held in December in Sorrento where Rosanna and several other female chefs prepare the menu at a gala dinner held on the 1st.

A full plate, so to speak.  A lot going on.   Marziale smiled...she likes it that way.  Whether she's touring sharing Campania with an international audience or in one of her restaurants, she's doing what she loves.

And that you can surely expect.

Posted by Karen Phillips at 6:55 PM