Quarto- One of Napoli's Outspots

I've always been a girl from the suburbs.  And though I  live near Napoli,  one of southern Italy's bustling metropolises, I'm glad that there are some excellent options in the burbs.  In other words, when I want to go out I don't have to go in, so to speak.
One of those options is Quarto, 11 km ish northwest of Naples.  Uno due tre...quarto. :-)
Home to the montagna spaccata.  Home to my son's favorite video game store.  And home to one, two, three...four outspots that are definitely in. 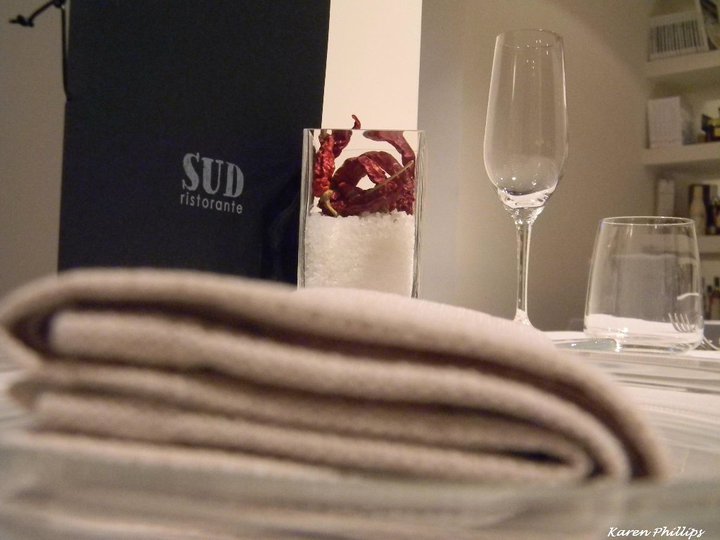 Uno:   SUD Ristorante
Quarto's pride and joy.  Awarded a Michelin star in 2011 and run by Chef Marianna Vitale  and Pino Esposito  who is in charge of the dining room and cantina .  This outspot is tucked away off of one of Quarto's busiest streets.  But once you sit down at one of the tables in this sleek/modern black and white restaurant, you forget about the traffic for awhile and relax with a glass of wine (or champagne :-) ) while tasting one of Vitale's specialties. 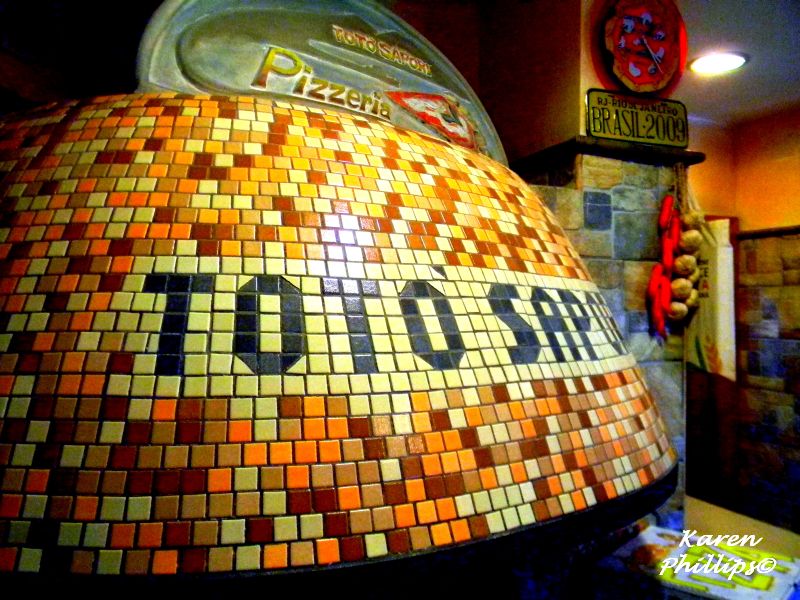 Due:  Toto' Sapori Pizzeria
There's pizza...and then there's pizza.  After years of hard work, Salvatore Santucci's family operated pizzeria has become one the not to miss outspots in the Naples area.   If you like your pizza crust soft and airy topped with high quality toppings, then this is a stop for you.  Though a popular spot for take away, there are several tables on the patio in front of the pizzeria where you can sit down and enjoy the classic pasta fritta or other appetizers while waiting for a piping hot pizza. 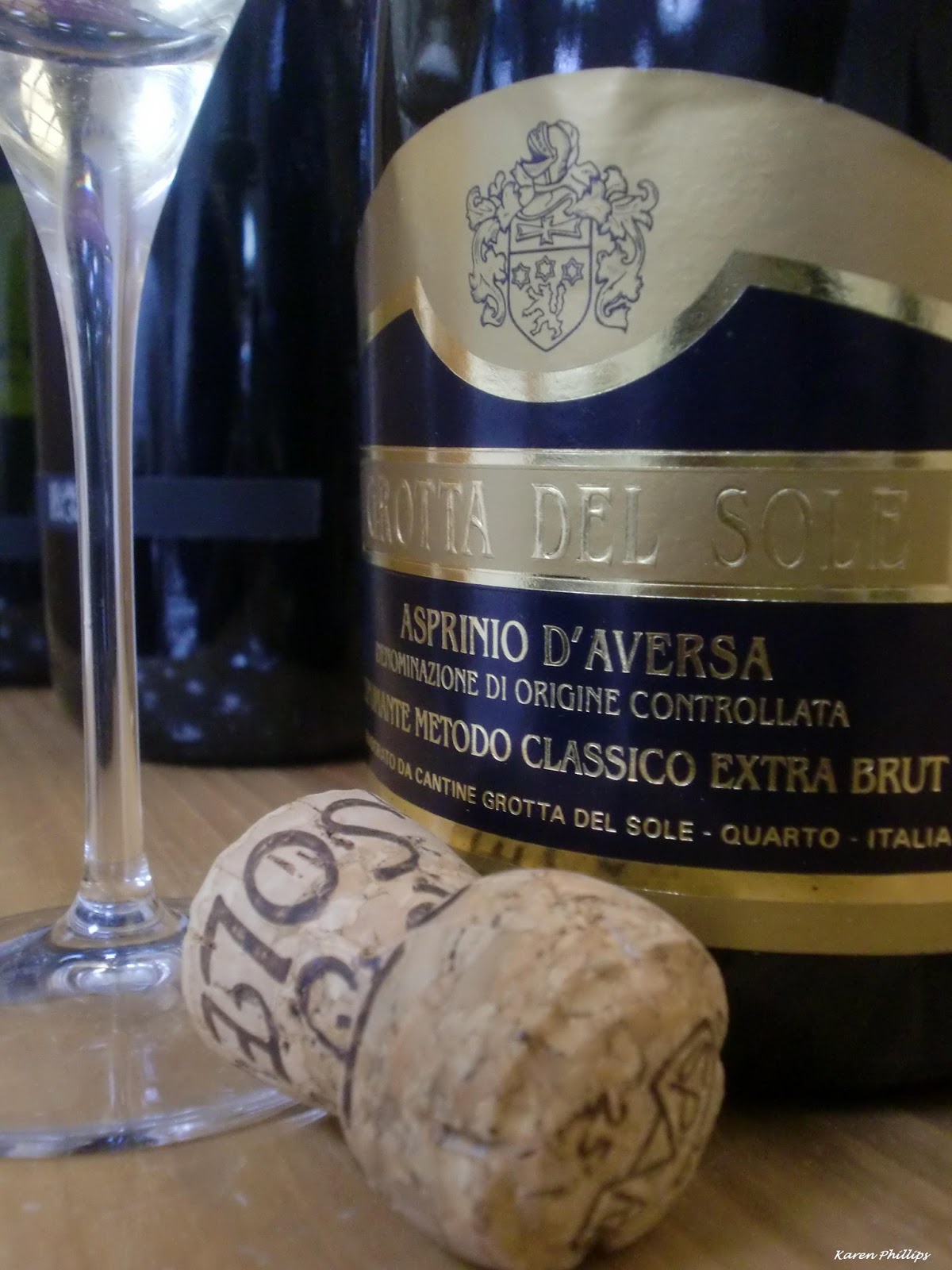 Tre:  Grotte del Sole
Two of the areas most popular wineries have their cantinas here.  Grotte del Sole is one of them.  This winery, run by the Martusciello family makes not only Campi Flegei favorites such as Falanghina and Piedirosso, it also makes one of the most interesting spumante metedo classicos I have ever tasted.  Asprinio di Aversa. 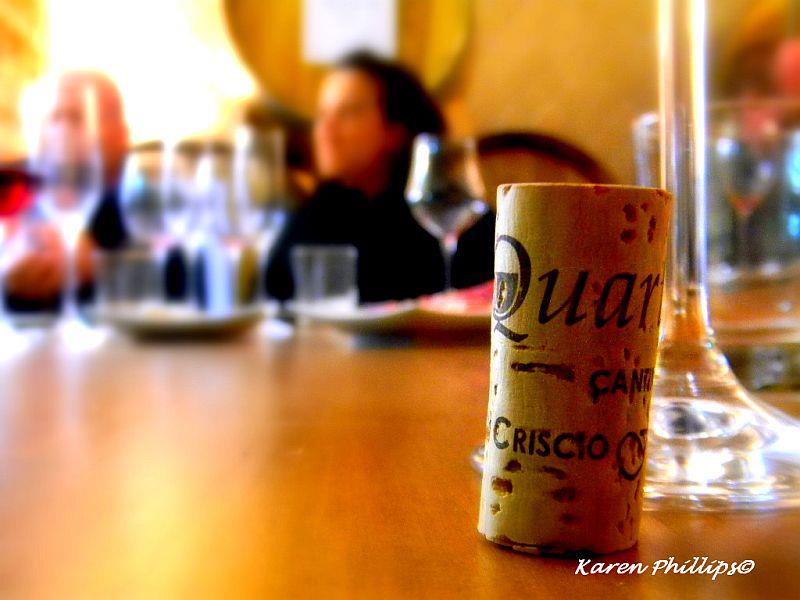 Quattro:  Quartum Store
Quartum Cantine Di Criscio had a cool idea to open  up one of the most interesting little secrets in the area.  An outspot that has definitely become in.  Attached to the winery, they have a small shop where you can not only purchase their wines, but some of the regions top products such as tomato sauces, olive oils and preserves.  It has also become one of the places to hold wine tastings with popular Campania chefs and pizza makers sharing their expertise and dishes as well.

Posted by Karen Phillips at 9:40 PM