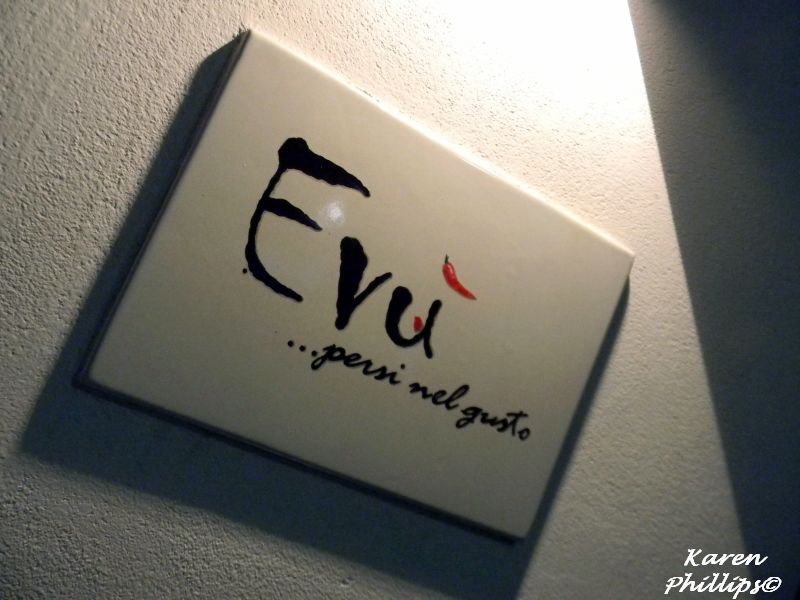 I had never walked the streets of Vietri Sul Mare at night.  Sure, I've spent numerous summer Saturday afternoons with family and friends ceramic shopping in the numerous negozi all along this famous centro storico on the doorstep of the Amalfi Coast.
But at night?  Never.  That may be why my latest visit to Vietri seemed a little surreal.  Cold,  a light drizzle, semi deserted...fantastic.  Almost as fantastic as the sharp colorful contrast that hit me immediately as Annabella D'Elia opened the door and invited me into Ristorante Evu'... 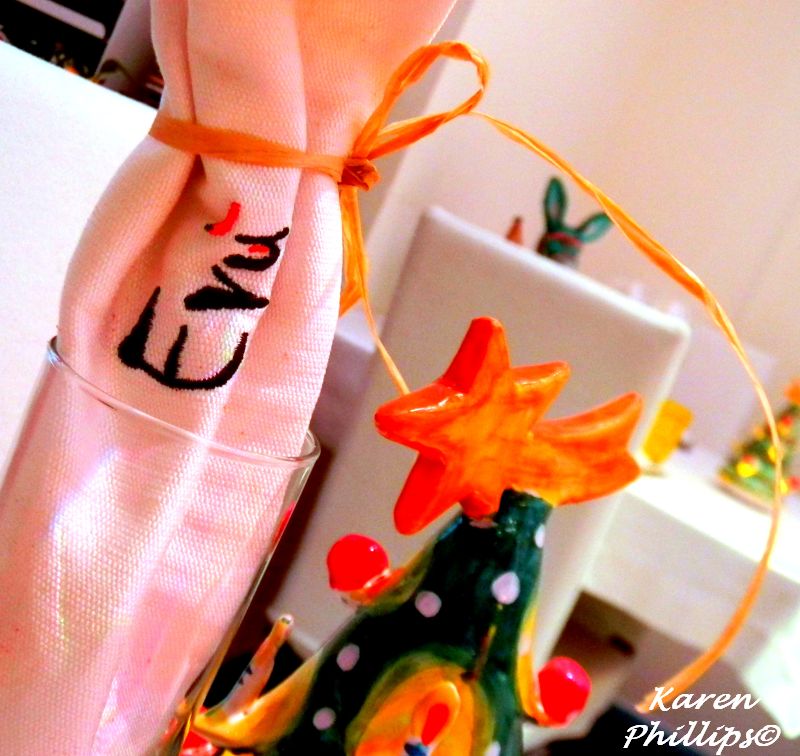 Evu...a small ristorante packed with colors, calore, and smiles.  A young restaurant with an eager enthusiastic staff led by Riccardo Faggiano, his two chefs; Michele De Martino and Saverio Di Domenico, and a dining room staff with his fiance' Annabella and his mom Anna Borriello.  So what was it that made me feel so comfortable right away.  The Christmas decorations?  The interior decor?  The benvenuto glass of DUBL spumante Feudi de San Gregorio as I made my way to my seat? Well,  Persi nel gusto is what is written on the Evu's door...loosely translated as lost in flavor, lost in taste...I was ready to 'get lost'.
Get lost in a various appetizers taken from an antipasta  menu that changes weekly...


I was ready to 'get lost' in the wine list overflowing with Campania wines...my choice was Fiorduva 2009 from Marisa Cuomo in nearby Fuore. 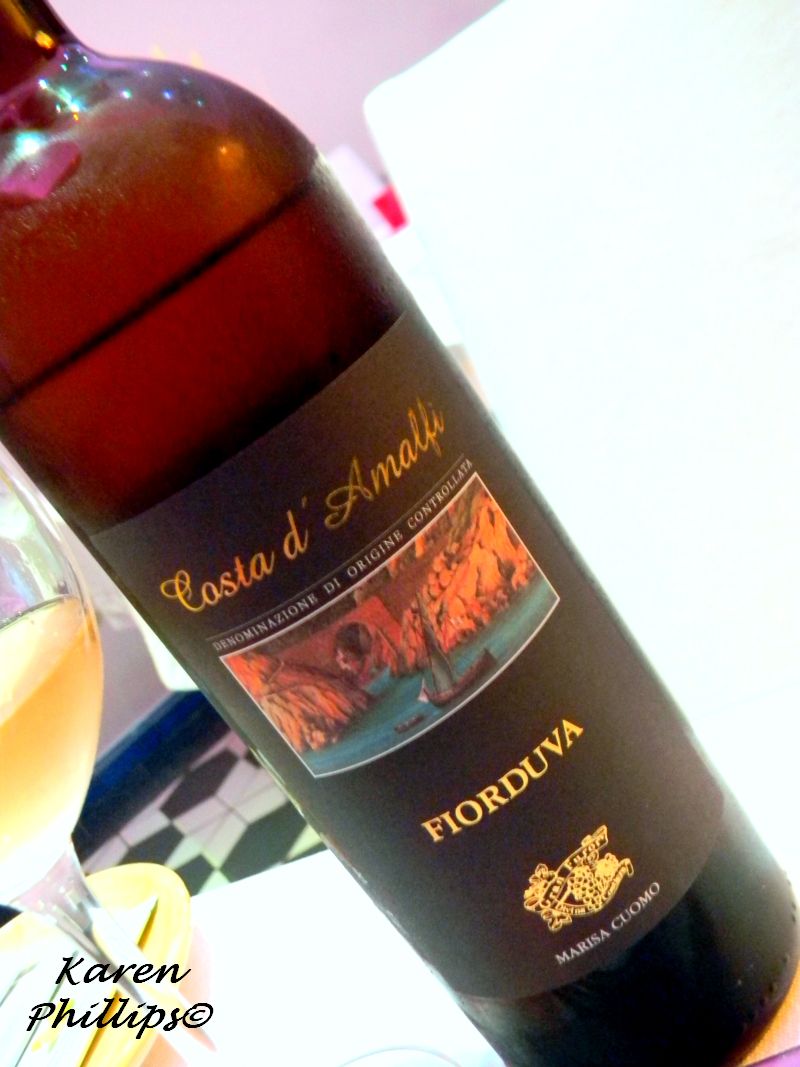 I was ready to 'get lost' for awhile with the ragazzi in the cucina as they cooked for what was now a jam packed dining groom...


I was ready to 'get lost' with a recipe demonstrated by Chef De Martino.  Maybe his linguine pasta with a his homemade pesto which included basil, black olives, anchovies, and walnuts... 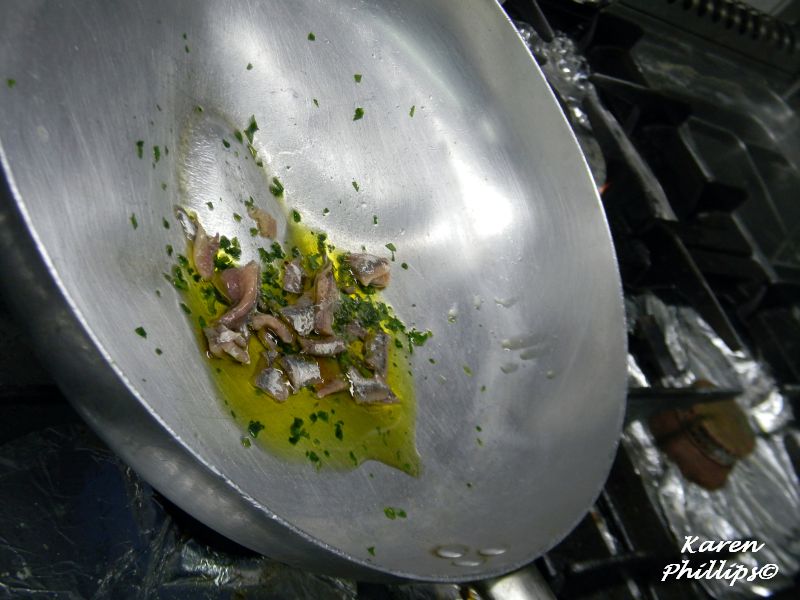 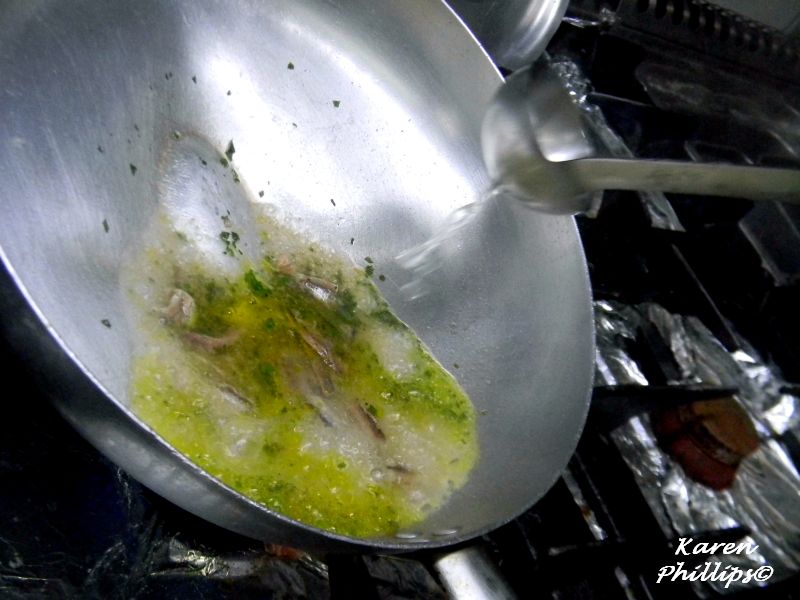 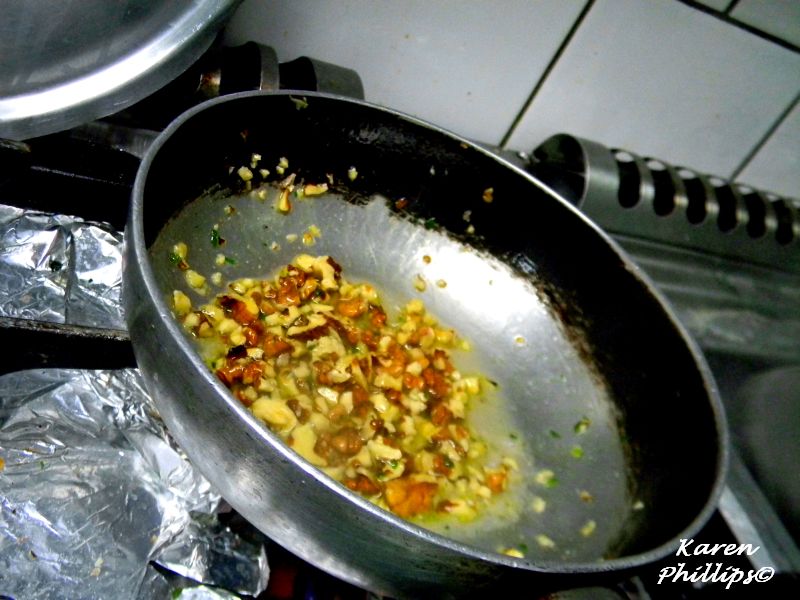 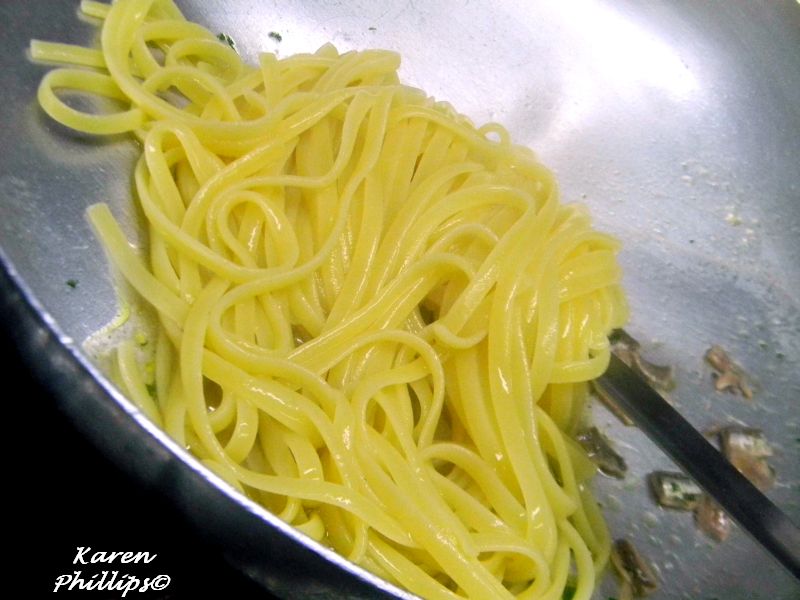 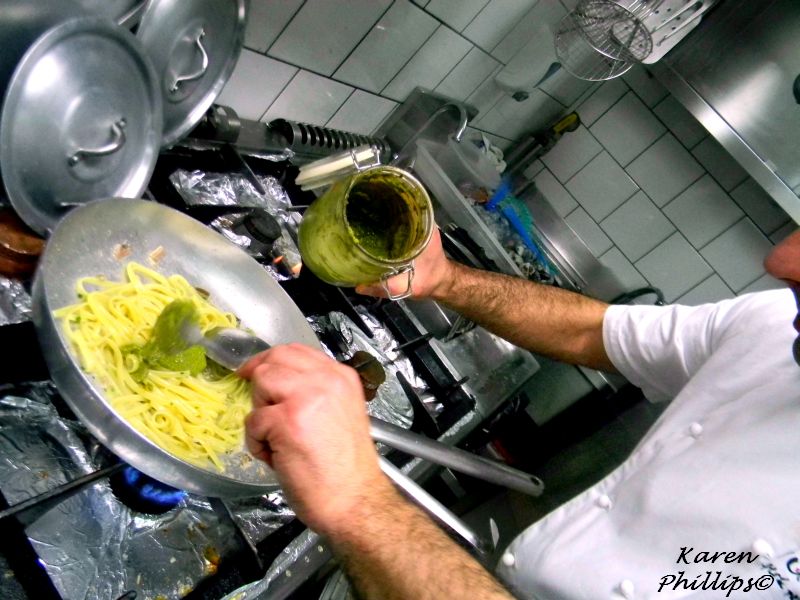 Then maybe just a taste right after he plated it up... 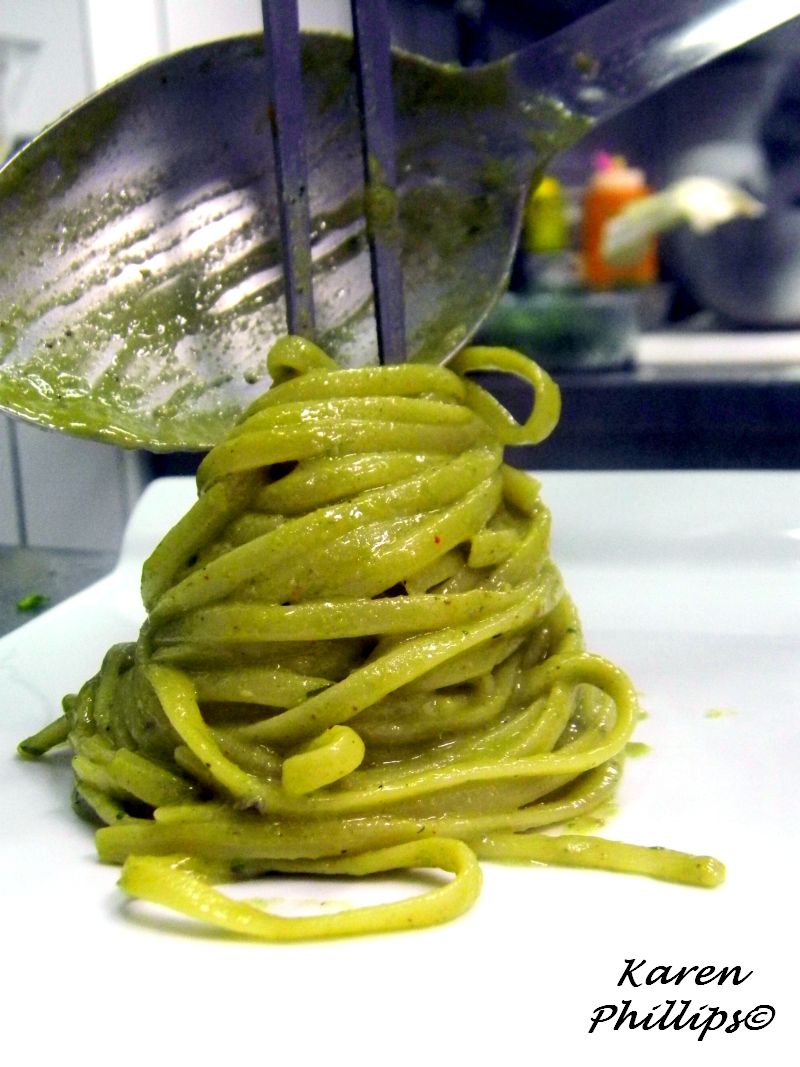 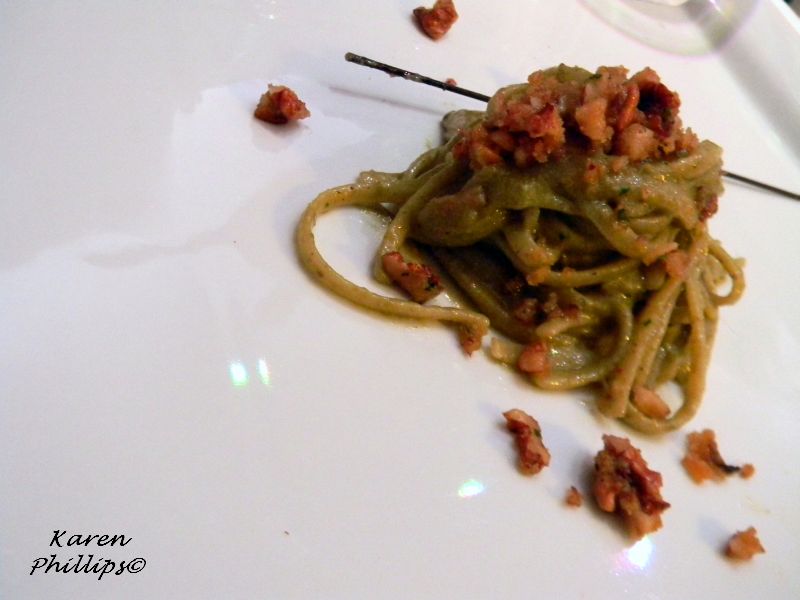 I was ready to 'get lost' with a couple of items from the dessert menu.


Yes,  I can truly  say that I was ready.  Ready for an evening leggera, light, fun.  In the company of Evu's staff, their customers, their friends.  And if that is what it feels like to be persi nel gusto, I'm more than ready to 'get lost' again, and again and again...

Email ThisBlogThis!Share to TwitterShare to FacebookShare to Pinterest
Labels: a night out, saturday night