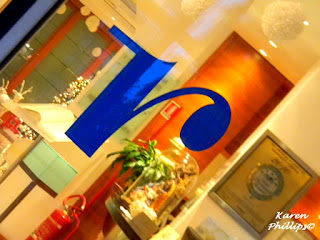 A few hours just for me.  A sauna.  A massage. Maybe followed by a lunch.  A light lunch.

That's what I wanted.
No.  That's what I needed.
So one Sunday afternoon I headed towards the 5 star Raito Hotel near the Amalfi Coast.  Into the lobby, past reception, and up the staircase on the right to the doors of Expure Spa.   Doors that would begin my Chef in Beauty Farm Day, a combination of beauty treatments and a light lunch prepared by Chef Francesco Russo.  In order to enjoy the light lunch, I'd have to endure a series of peaceful relaxing treatments.  Like a swim in the spas thermal pool, complete with mini waterfall and whirlpool... 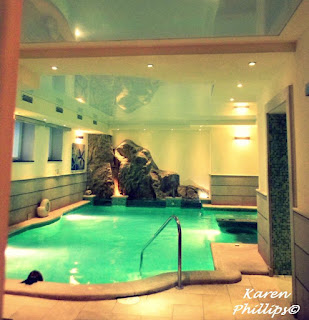 Turkish bath, sauna, and an emotional shower, a combination of water aromas, and colors... 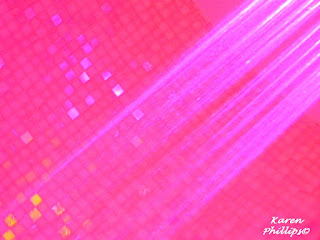 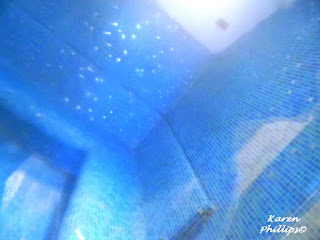 While waiting for my massage, I sat in the spa's tea corner and had a cup of...tea. 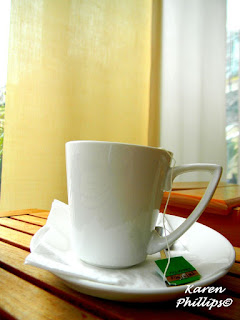 Then off  to one of the spa's three massage rooms for  a rejuvenating Dead Sea salt body scrub followed by a body mud mask by therapist Anna Fimiani. While relaxing in my body wrap, I was given my first little treat.  A preview of  how colorful and flavorful my light lunch would be. Chef Francesco Russo's Rubic's Cube. 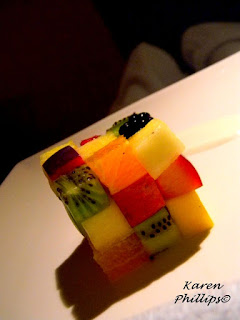 Fresh fruit sliced into perfect little cubes..perfect to tie me over as my spa treatment continued.  A relaxing massage and a quick nap, then it was time to visit the chef in the kitchen.

I met Russo as he was preparing my first dish.  A ricotta salad.
As he was adding the finishing touches, he shared with me that today's menu was based on the concept of well being that would pair perfectly with my previous spa treatments.  He chose ricotta cheese, for example, since it is very light.  He also added some raw vegetables and a drizzle or two of balsamic vinegar. 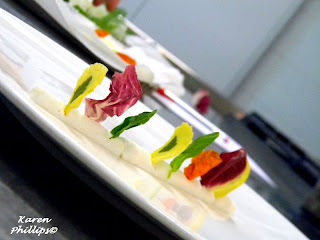 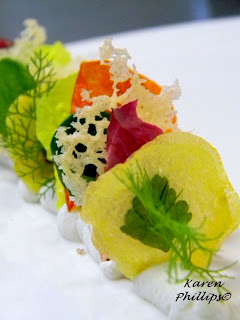 Next, I tried a dish with little packages of  anchovies and raw spinach  topped with a berry sauce.  I was curious why this delicious dish was be a perfect match for my spa day.  Russo told me that the anchovies belong to the blue fish family and are rich in omega 3 while the raw spinach and  berry sauce had antioxidant properties. 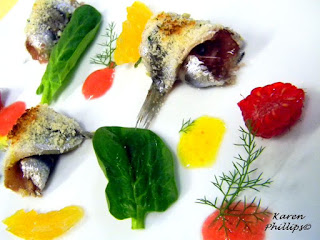 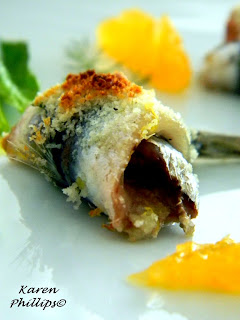 My light lunch continued with a chickpea soup with spatola fish.  Legumes are essential for a balanced diet, Russo shared, as well as fish.  He also added a drizzle of extra virgin olive oil on top to complete this mouth watering minestra. 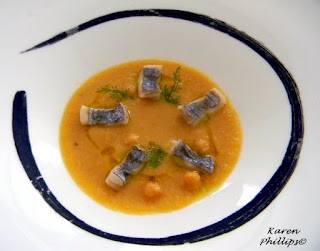 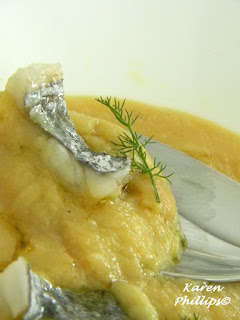 Russo told me that we needed something from the bread and cereal group.  He prepared a risotto pomod'oro.  Pomodoro means tomato in Italian.  Oro, however, means gold.  Like the 23 karat gold leaf that topped the dish. 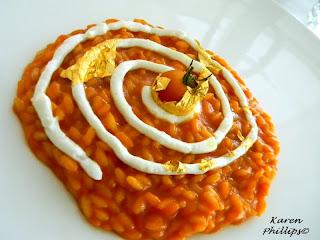 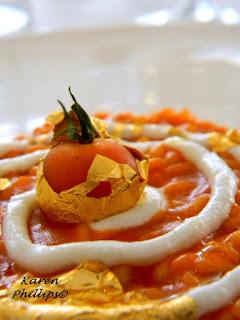 I enjoyed learning about the nutritional value of each dish almost as much as tasting them.  Like my second course; seared tuna with a sesame seed crust. Tuna, rich in fatty acids.  Sesame seeds, like all dried fruits, have high nutritive  value.  To the side, a carrot puree and citrus fruit add a vitamin punch. 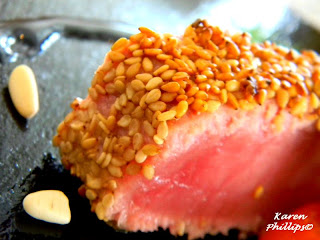 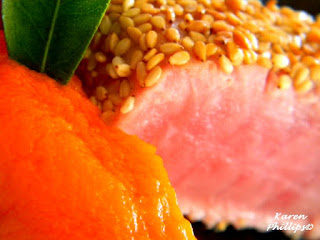 After all this light lunching, I assumed that my desset would be a few slices of fruit.  But Russo brought over one of the lightest tarts I have ever eaten.. The crust was light thanks to exra virgin olive oil instead of butter and egg whites without the yolks.  A crust topped with hazelnuts from nearby Giffoni, nutritious annurca apples, and berries.  And to keep it sweet without adding a large quantity of sugar, the chef added raisins. 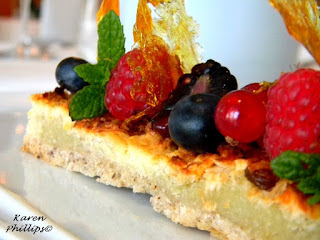 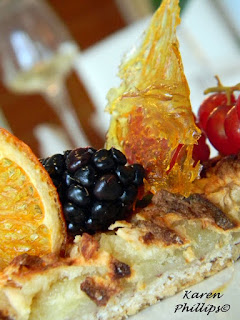 A few hours just for me.  A sauna.  A massage. Maybe followed by a lunch.  A light lunch. That's what I wanted.  No.  That's what I needed. I thought over my caffe.

Karen, Russo called.  Anna is waiting for you upstairs...time for your facial...

That's what I got, I smiled.