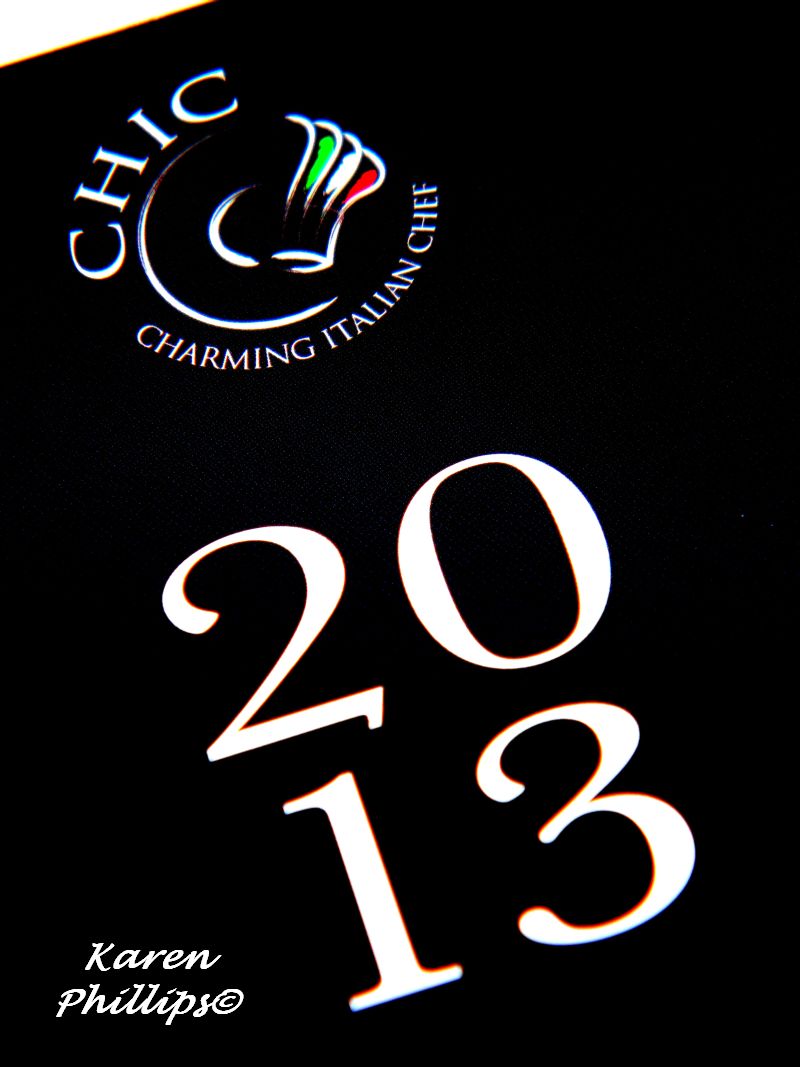 Whoever believes the proverb too many chefs spoil the broth never had the opportunity to spend a couple of days with CHIC.  CHIC? An association of  chefs - CHIC-Charming Italian Chef made up of some of Italy's best ambassadors of Italian cuisine.  President Chef Marco Sacco of Piccolo Lago in Vebania (VB) was in Campania for a couple of days last week to present the new 2013 guide and festiggiare with the association's Campania chefs and anyone else who wanted to join in the action. I wanted to join in.
So of the 5 chic events, I managed to make it to two.  Starting with Sunday morning, April 14, Hotel Romeo, Naples. After a presentation of the guide and a quick induction ceremony of Campania's newest CHIC, the party moved to Romeo's Sushi Bar and Restaurant. With a glass of DUBL Aglianico spumante in hand, we had a chance to try small specialties prepared by the chefs themselves, such as ...


The next day was the opportunity of a lifetime.  One that I couldn't pass up.  April 15, resident chef and CHIC vice-President Paolo Barrale hosted a whole parade of chefs, CHIC and non,  at Marenna'.  This would be the place for a chic jam session. Where chefs had the challenge of choosing ingredients provided by the sponsors of the day and take them into the kitchen to create something special and unique.  No competition.  No prizes. Just the enjoyment and satisfaction of cooking with collegues.  And once the show got rolling, it was hard to keep up! Here is just a sampling...


Plate after plate after plate.  I asked questions, I got answers.  I snapped photos, I passed the black pepper, the olive oil.  I tasted along with some chefs...stood back and watched others.
I got caught up in the jam, so to speak.  And when it was all over, it really wasn't.  I mean, there's a dozen or so plates to write about...a dozen or more restaurants to visit...
I better get started...

Posted by Karen Phillips at 3:33 PM