We could meet one afternoon at Piazza San Ciro, he suggested.  I was making plans with Ciro Salvo, one of Napoli’s top pizza makers/instructors , who makes a mean margherita and marinara.  I tried them both last month in Melizzano.  His pizza with a soft airy crust cooked to perfection with the finest quality toppings is still imprinted in my mind.  I had over a dozen questions that I wanted to ask Ciro.  But it’s not easy to get to exchange more than a ciao, how are you, etc etc while one is busy.  And it seems like Ciro is always busy.  But luckily for me, we were able to pick a time, a date…and eventually a place.
Sure, I agreed. Piazza San Ciro in Salvo’s hometown of Portici (Na) it is then.  It would definitely be easy to remember!
But who’d imagine that it would be so hot even though Portici is right on the port.


So, first stop on the agenda? Ciro suggested we go for an ice cream and Antica Gelateria Gallo was just down the street.  Portici’s oldest ice cream shop, around since 1926. 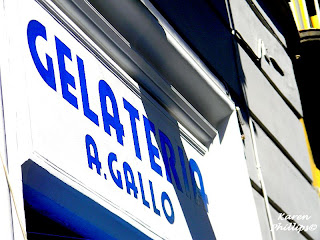 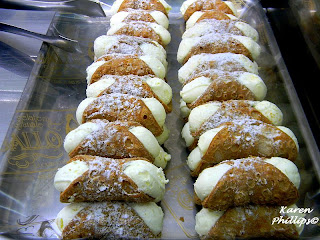 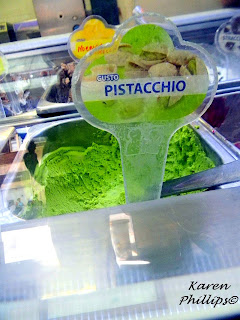 This small shop was a cool refuge from the heat. I chose a small cup of limone and fragola, Ciro a cone of nocciala and pistachio. Just a few of the 20 to 25 flavors that the shop produces daily.  Sticking with the basics as they have been doing for three generations, in the same location.

Ice cream over, Salvo suggested we take a quick drive to Portici’s historical port, Granatello.  There were a few boats, a few fishermen docked at the port as we walked by.  Salvo spoke of how he used to come down to the port when he was a kid, early in the morning where this port was a practical open air fish market.  Fresh fish still flopping around on the fishermen’s boats.  Crowds full of housewives and restaurateurs looking for the catch of the day.

And although Ciro is from this historical port city, his roots are planted in pizza…and pizza dough.   His family has been making pizza for three generations.  And Ciro is constantly working on the perfect dough.  The right flour, combination of yeast, rising time, etc.  Almost an obsession, he mentioned jokingly…and his wife would agree.  So as we were walking around the port and the nearby beach, Salvo continued to talk about pizza, his home, Masse' in Torre Annuziata (Na), and his work with Associazione Verace Pizza Napoletana where he instructs aspiring pizza makers from all over the world. One of the best places that he has had pizza outside of Napoli?  Paris, he shared…made by a Neapolitan, he added with a smile.
I steered our conversation back to Ciro and his pizza. Specifically his marinara that I had tried back in Melizzano.  The simplest of pizzas on the surface; tomato sauce, garlic, olive oil and oregano. Ciro strongly believes that if he is going to work hard to prepare the finest pizza dough he can and cook it to perfection, then it is only obvious that he would want, no, insist on the finest products to go on top.  And some of the products he gets from an old time family friend. Salvo suggested that we go take a look. 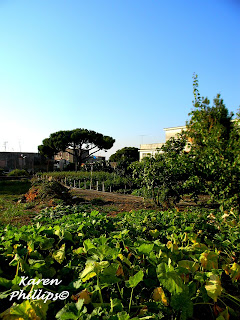 Fifteen minutes later, I met Ciro’s friend Pasquale in his organic garden behind his house in nearby Monte Somma.  After a long day of work, I met a man passionate about his little piece of paradise where he cultivates just about everything for his family and friends.  We walked around rows and rows of several varieties of tomatoes including large ones from Sorrento, longer oblong San Marzano and small Piennolo tomatoes from Vesuvius. 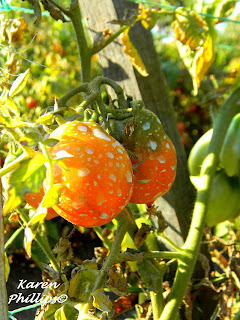 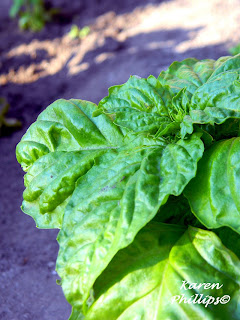 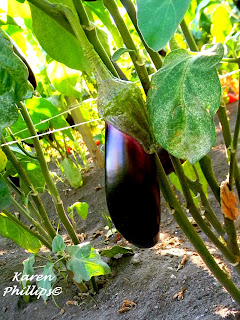 Basil, parsley, wild rucola, eggplant.  Zucchini, pumpkin, peppers.  Grapevines with catalanesca, potatoes, and lemon trees, all growing in this dark grey volcanic soil.  And as we walked through the garden, Pasquale shared suggestions, advice, a recipe or two. 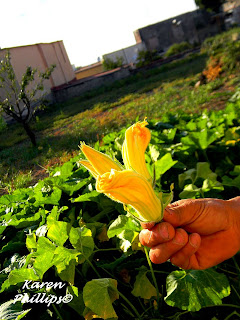 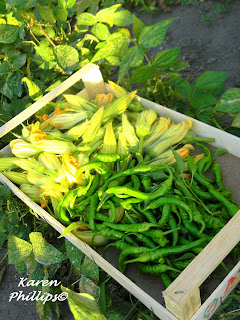 And one more thing…his dried oregano. Aromas arose from the tightly bound bouquets on a wooden crate sitting on the table.  Destination? Casa di Ciro to be grounded up and lightly sprinkled on top of his marvelous marinara. 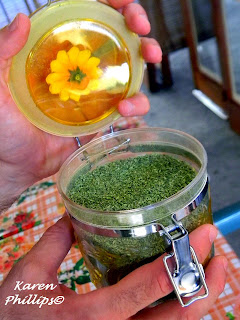 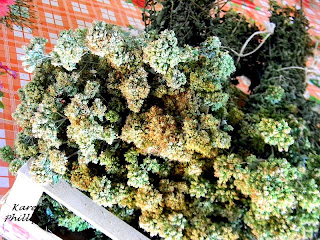 Hmmm… I could almost imagine how it would taste!
Then you’ve got to swing by and try, Ciro suggested with a smile...

And that is another of Ciro's suggestions that I will definitely not pass up…
.
Posted by Karen Phillips at 12:34 PM

Email ThisBlogThis!Share to TwitterShare to FacebookShare to Pinterest
Labels: not just wine