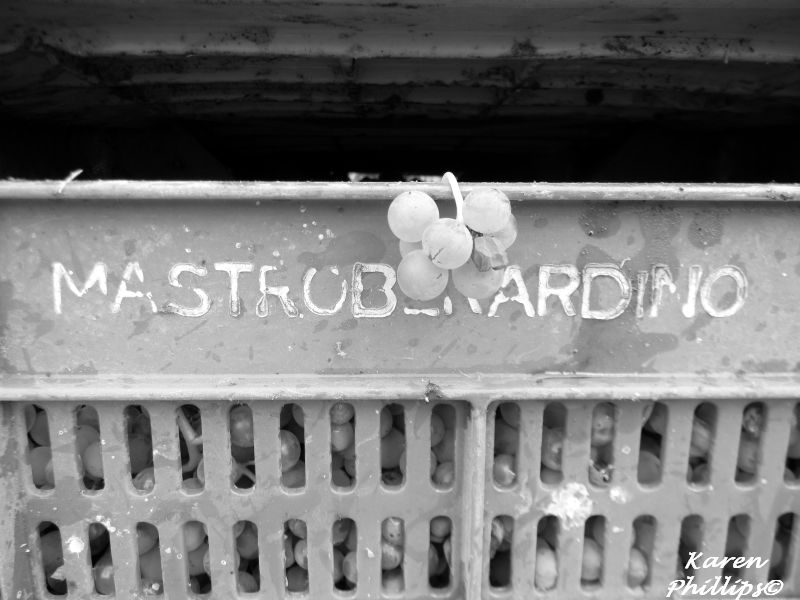 September in in Campania.  Record high temperatures...little rain.  So I shouldn't of been too surprised when I checked received a call from  Antonio.  He wanted to know if I volevo fare un giro...go for a ride.   Antonio Dente  is the agronomist/grapegrower for Mastroberardino Winery.  And a giro with this winery is an invitation to hit some of Campania's most breathtaking vineyards.

Perfect! I said/shouted. So, Saturday afternoon, September 28th,  my giro with Mastroberardino began, like it had so many times in the past, in a silver grey SUV discussing grapes, territory, wines, and everything else under the Irpinian sun.  Mastroberardino usually harvests their Greco in the latter half of October, when it is a tad bit cooler.  But an intense summer sun bumped the schedule up a couple of weeks.

We pulled up in  Montefusco, a little slice of Irpinian pie high on a hilltop, with spectacular views, cool breezes, and one of the top counties for Campania's Greco Di Tufo DOCG.  Mastroberardino has a few vineyards here, as well as nearby Santa Paolina that they were willing to let me tag along during this important time of the year. 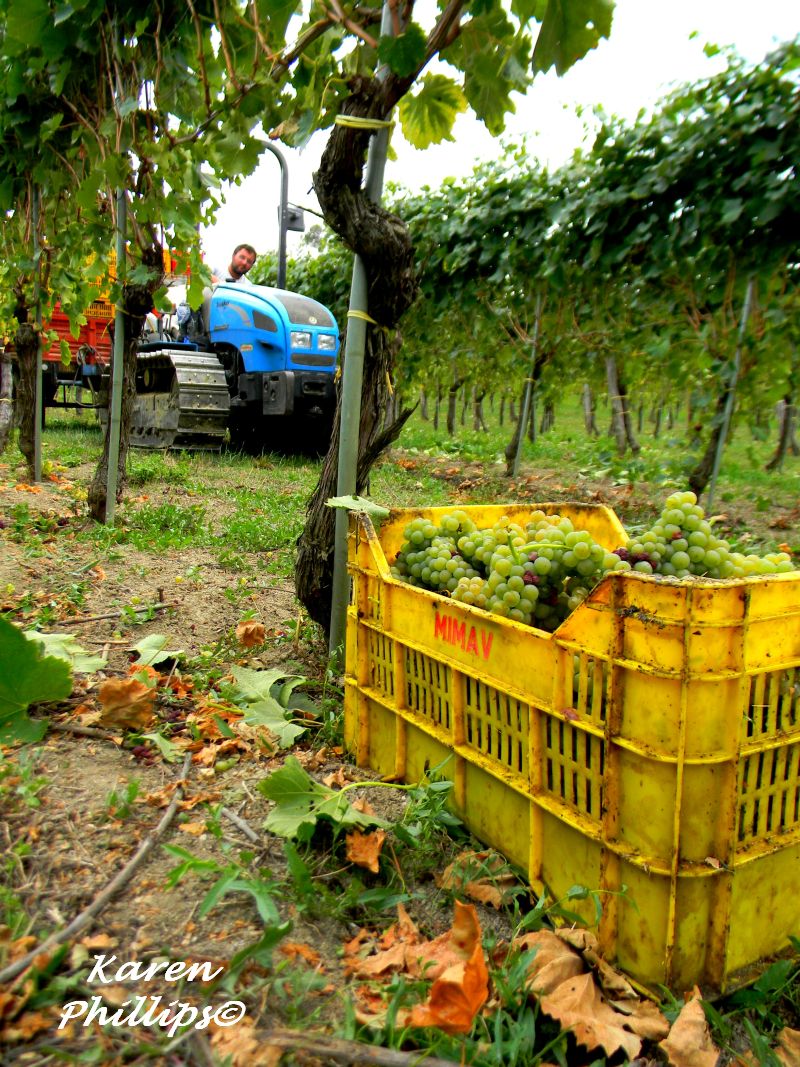 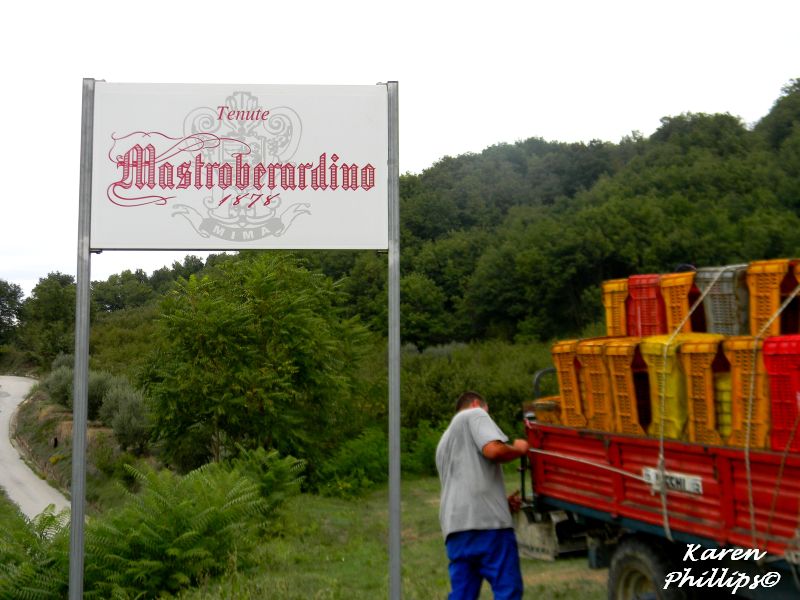 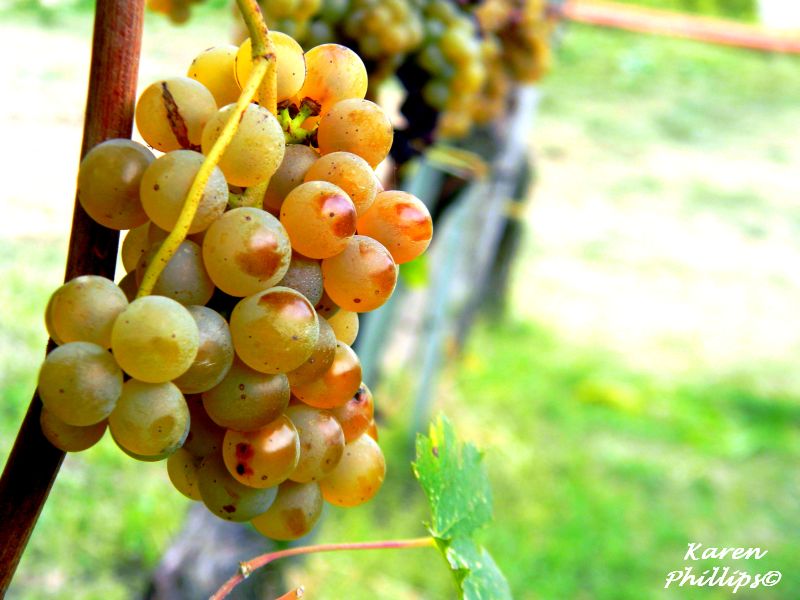 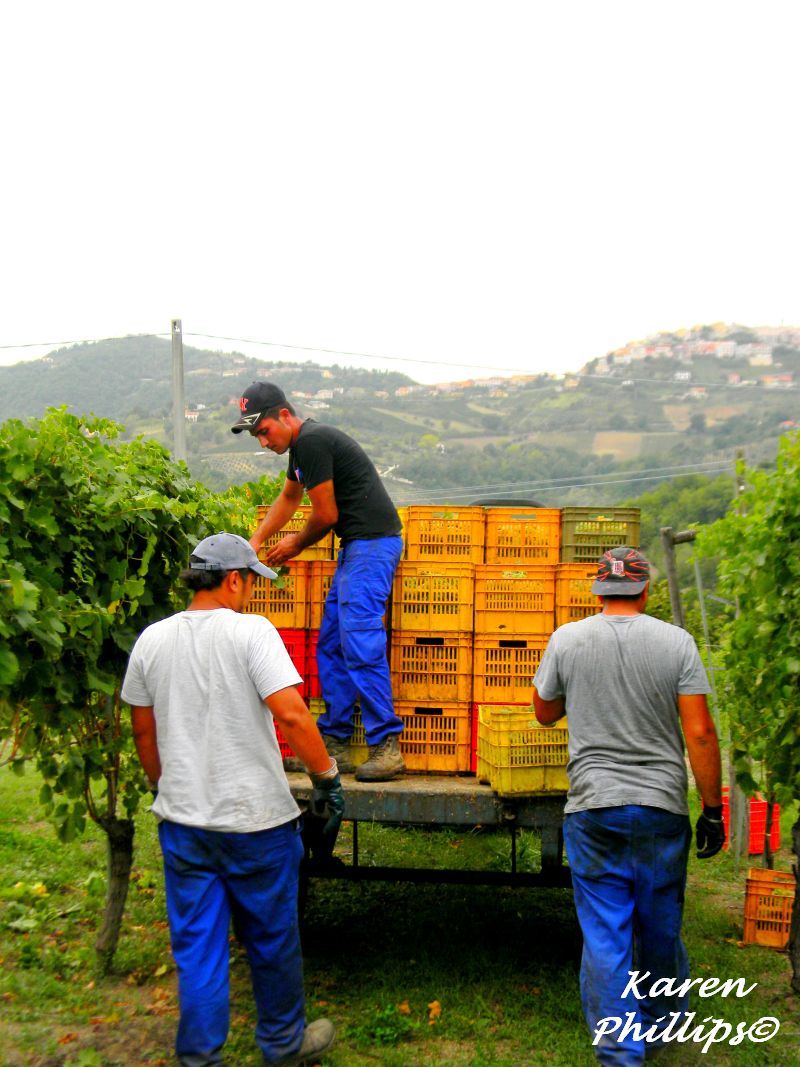 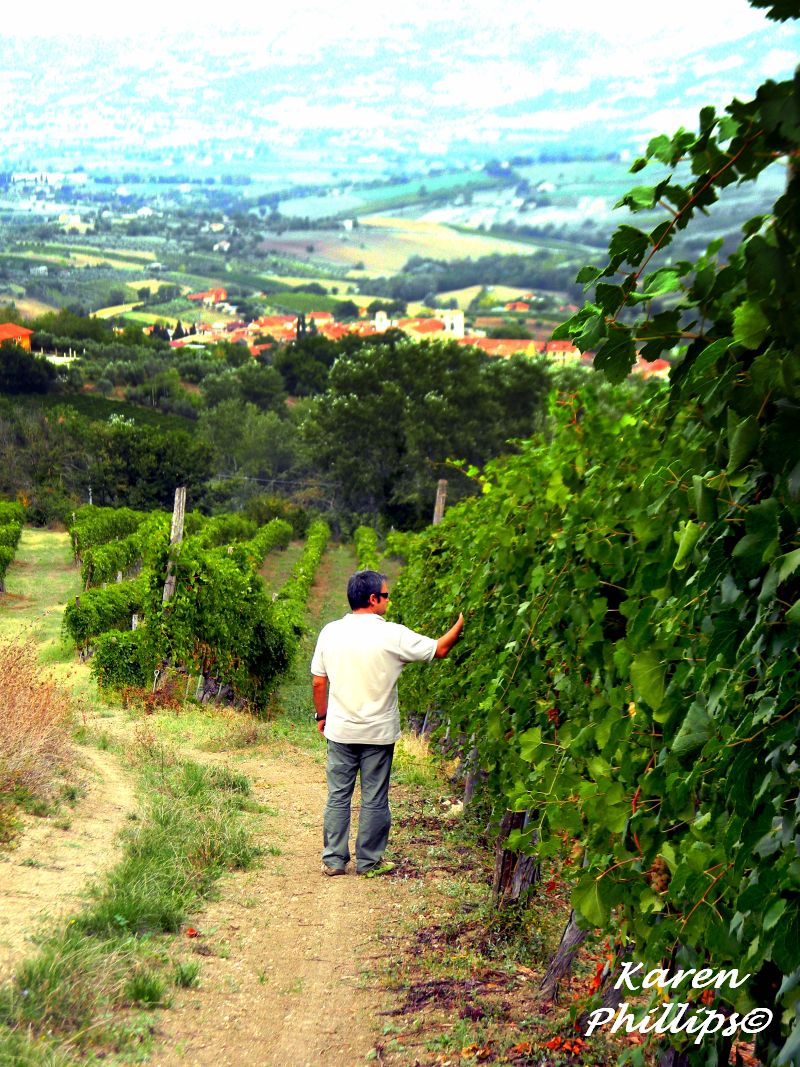 Watching...walking... experiencing the hard work and the excitement of vendemmia season....And I wanted to experience everything...to touching the leaves on the vine, tasting the grapes waiting to be picked, running my fingers through the soil.  I noticed bunches of dried grapes on the ground.  Grapes that had been plucked off the vine earlier in the season to reduce the quantity but improve the quality of those left behind. 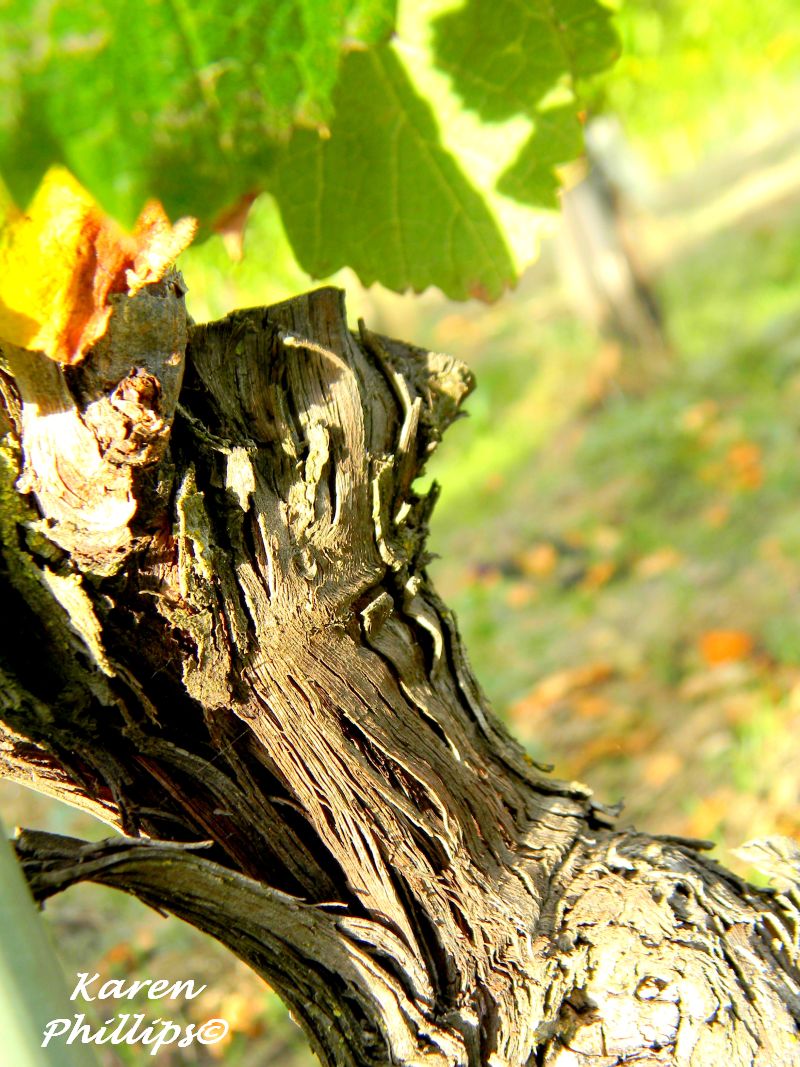 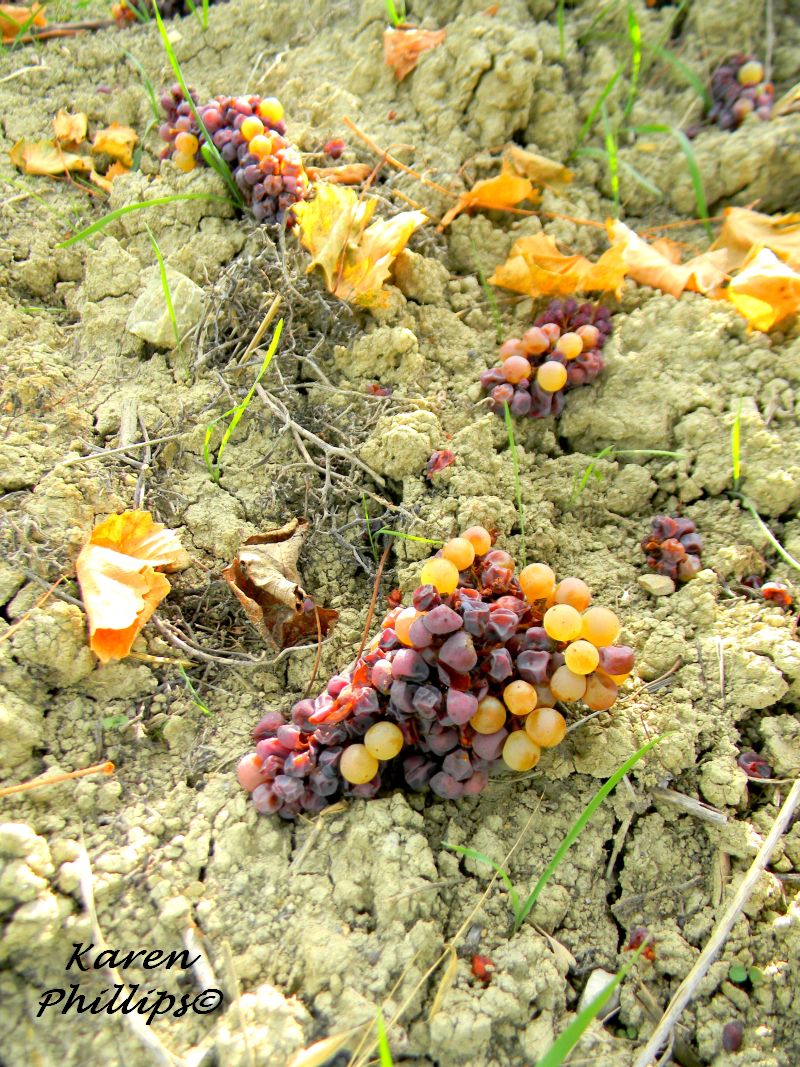 After a couple of hours in the sun, it was time to go to the winery...or so I thought.   A quick hop to Pietradefusi, Dente decided.  He needed to check on the Aglianico vineyard there since the winery was scheduled to harvest the grapes for their Lacrimarosa IGT Rose'. 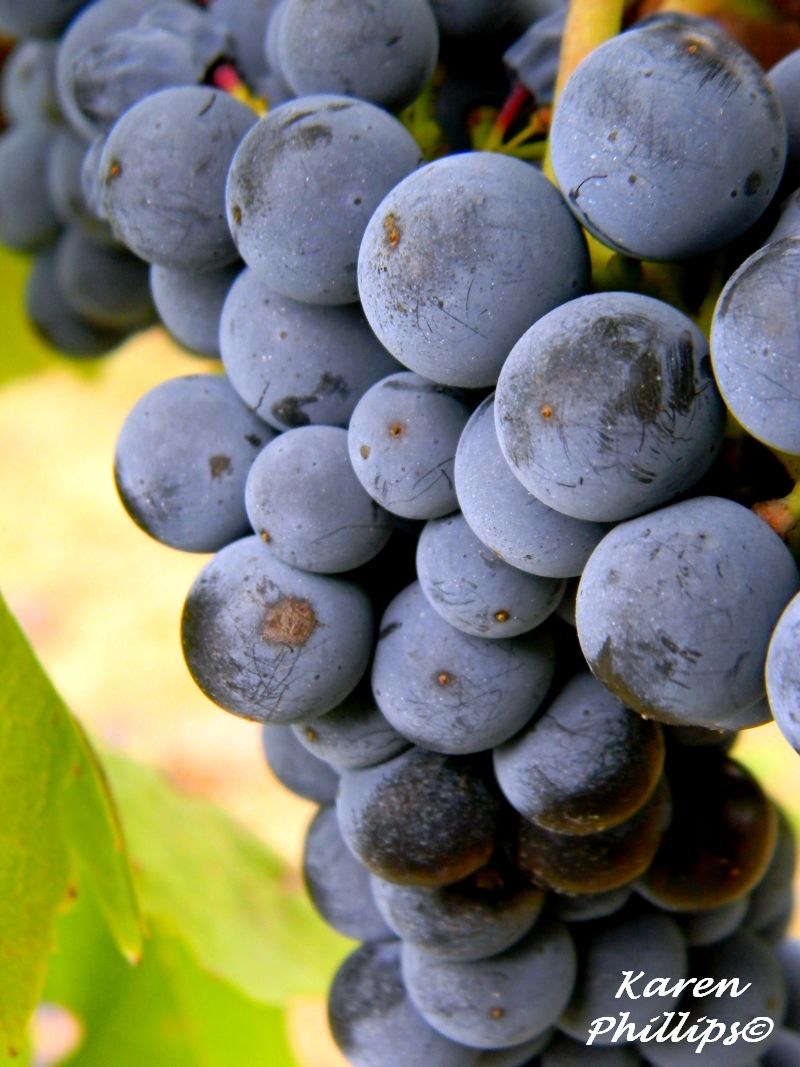 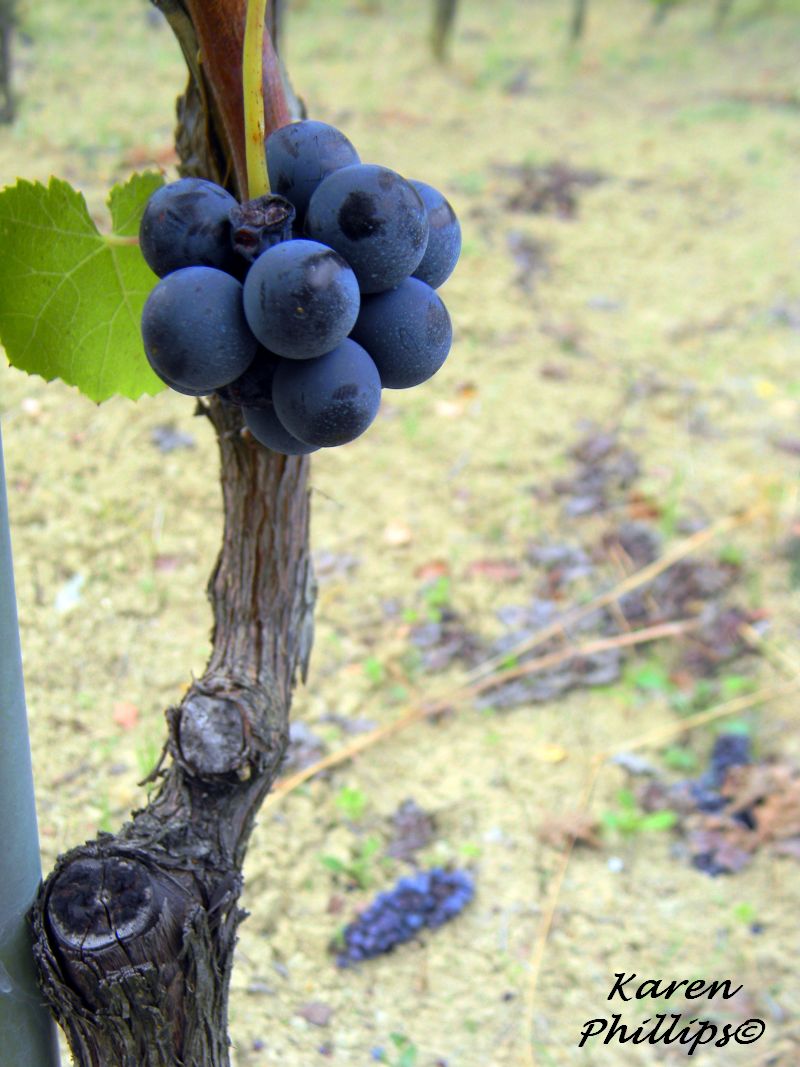 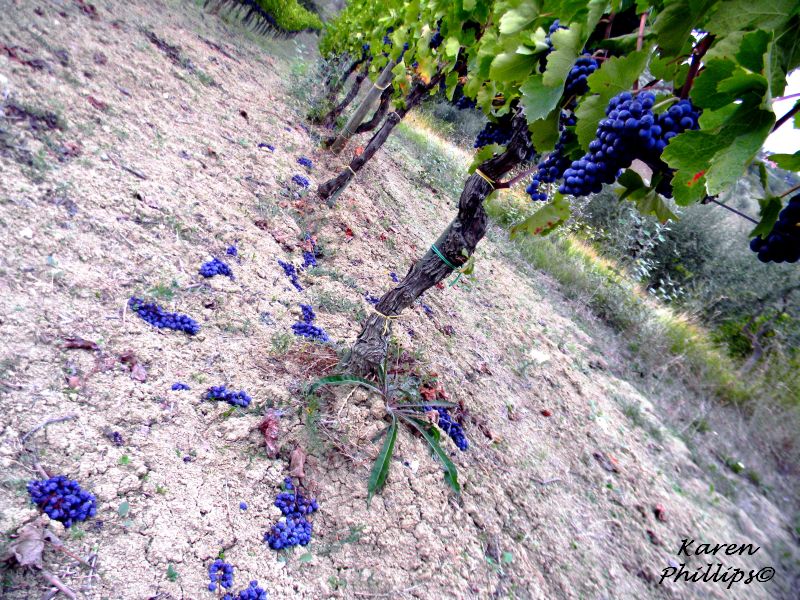 I was invited to taste a couple (I already had :-) ) and note how sweet they were.  Brix 23 I was told.  A high level of sweetness and once again, a testimony to the hot summer that hi at a particular time during the maturation period bumping up the harvest in Irpinia.  Again, the grapes on the ground showing the importance of tending the vineyard the entire year...

Last stop Atripalda (Av) where the winery is located. It was here where I caught up with a busy winemaker Massimo Di Renzo who was deep in the action of not only the arrival of the Greco grapes which I saw earlier, but Coda di Volpe as well as must and fermentation in progress from Mirabella Falanghina vineyards. 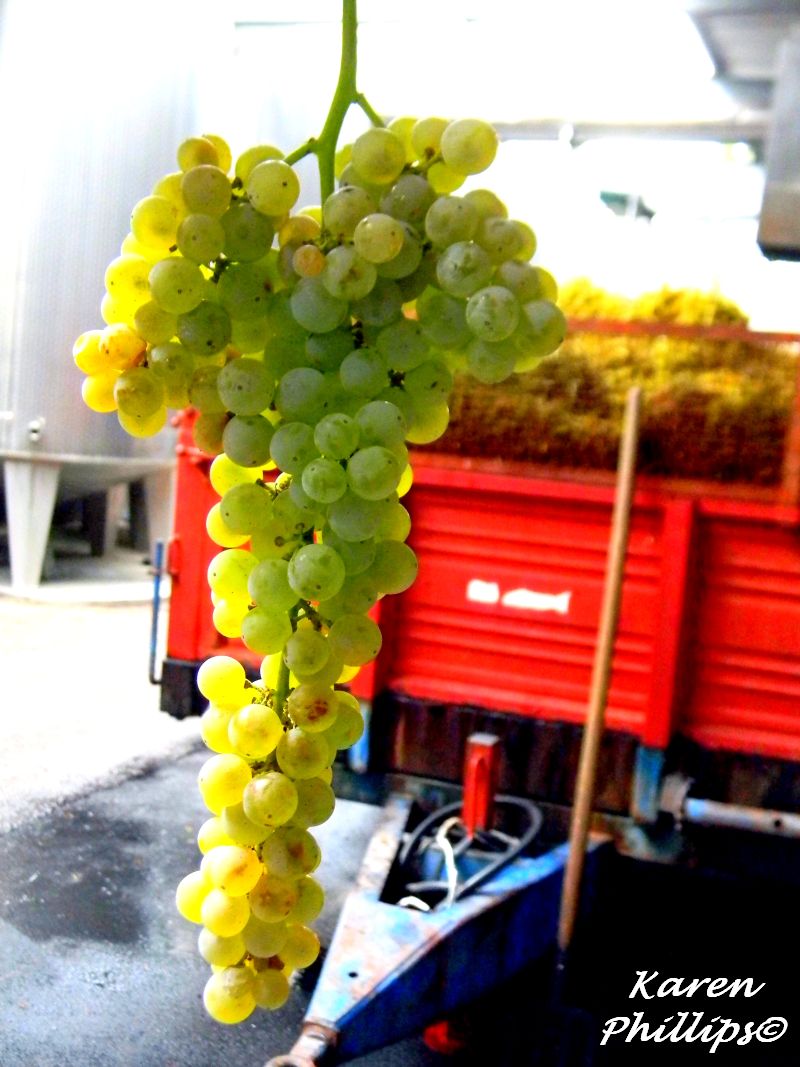 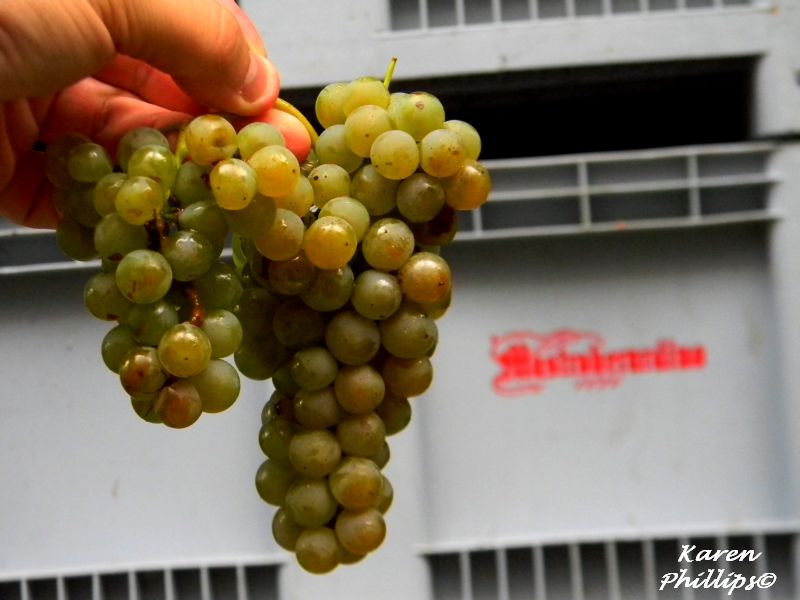 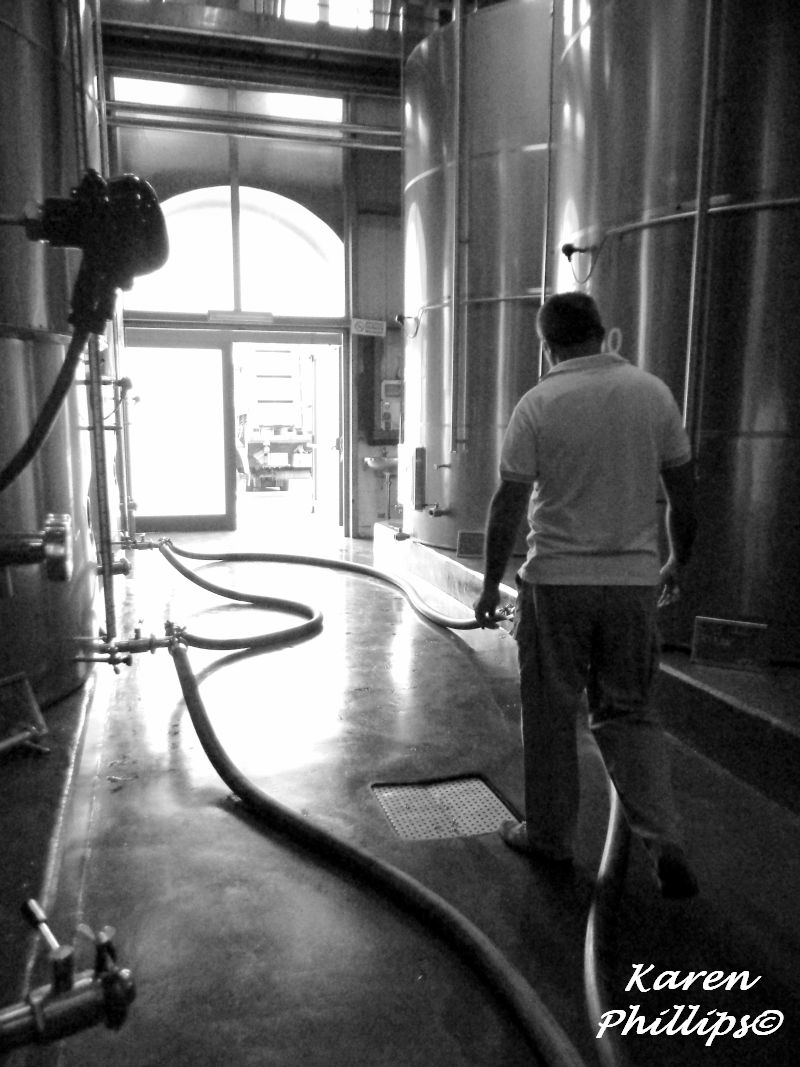 I did my best to keep up with Di Renzo...the excitement of harvest system took on a different rythm...a different beat.

But that's another story...

Posted by Karen Phillips at 9:58 PM