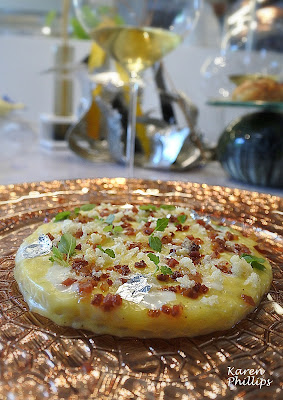 Seated at the chef's table at Dani' Maison is an amazing opportunity to observe Chef Nino Di Costanzo at work.  But maybe work is not the correct term to describe the 2 Starred Michelin chef.  Di Costanzo and his brigade are creating.  They are creating mini-masterpieces for his diners one spectacular dish at a time.
It was hard not to notice -and appreciate- the silence and concentration on the other side of the miniwall that separated my small table from the kitchen. My friend Ivano and I chose the Up to You, Chef! tasting menu which featured this fantastic first - a Neapolitan risotto carbonara style. 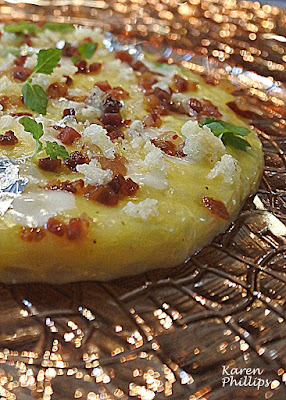 I'm a big fan of Di Costanzo's first courses and have always admired how he transforms pasta shaped rice into something special.  Di Costanzo prepared this dish as if preparing a classic carbonara - however...
he added lime to degrease - take away some of the fat - but not the fantastic flavors. 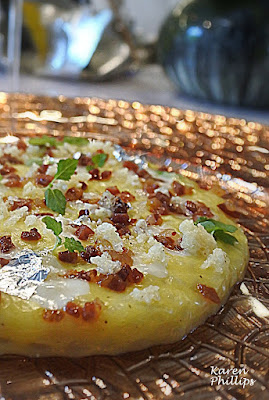 A creamy sauce made with parmigiano reggiano cheese, a crunchy pecorino cheese waffle, Caserta black pork stringata ( a tied and pressed combination of pork loin, lard, and bacon), and Melissa (lemon balm) sprouts. Sprouts that Di Costanzo chooses one by one -with the same concentration and creativity mentioned earlier.  The chef added several silver foil leaves added for a touch of elegance...